As we pointed out in our recap after the first rest day, 5 out of the 8 previous editions of the World Cup were played in Russia, with 3 of them seeing an all-Russian final match. This year, we are sure to have one finalist in the open section hailing from the host country, while the first women-only edition will have a Russian winner.

Although chess has grown incredibly in other countries — i.e. India, China, Iran — and the years of Soviet domination in the elite are over, Russia continues to be a chess powerhouse. In this year’s World Cup, 28 out of the 206 participants in the open and 15 out of 103 players in the women’s event were Russian.

On Friday, Sergey Karjakin set up an all-Russian semifinal against Vladimir Fedoseev after beating Sam Shankland in the only match of the quarterfinals that went to tiebreaks, while both Aleksandra Goryachkina and Alexandra Kosteniuk scored wins with white to knock out Anna Muzychuk and Tan Zhongyi respectively in the classical phase of the semifinals in the women’s tournament. 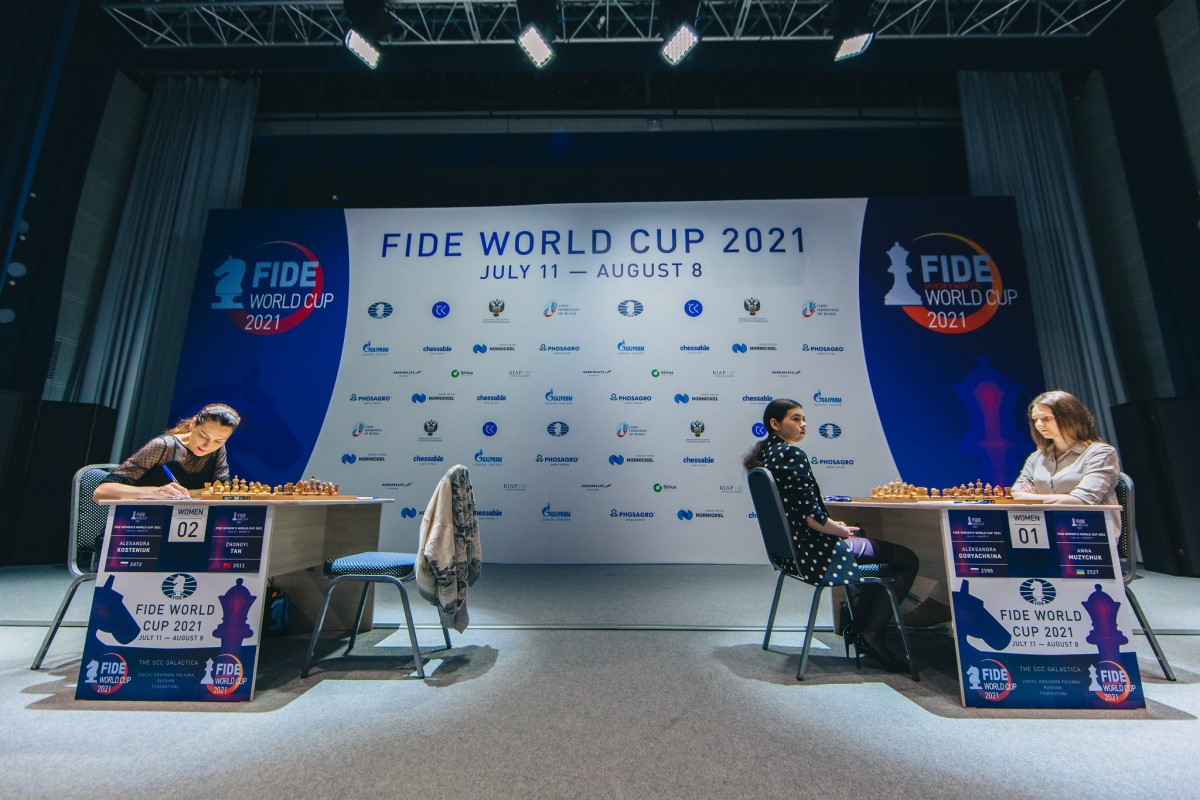 Not one single game finished drawn in Karjakin vs Shankland. Twice did the Russian won on demand throughout the match, scoring victories with the white pieces both in the classical section and the first set of rapid tiebreakers.

After beating Shankland in the first 10-minute game — also with white — the Russian kept his cool in a slightly inferior position and ended up winning the game to move on to the next stage. Karjakin’s first two wins on Friday finished similarly, with his rooks and dark-squared bishop threatening to mate the opposite king on the back rank.

On this DVD, Grandmaster and worldrenowned commentator Maurice Ashley reviews some of the most interesting patterns with examples meant to educate and entertain.

With two spots in the Candidates in contention and Carlsen not fighting for any of them, it is possible that the losers of both matches will get a second chance at getting the coveted prizes in the match for third place (unless Carlsen loses against Duda, in which case the loser of Karjakin vs Fedoseev will be out of contention). 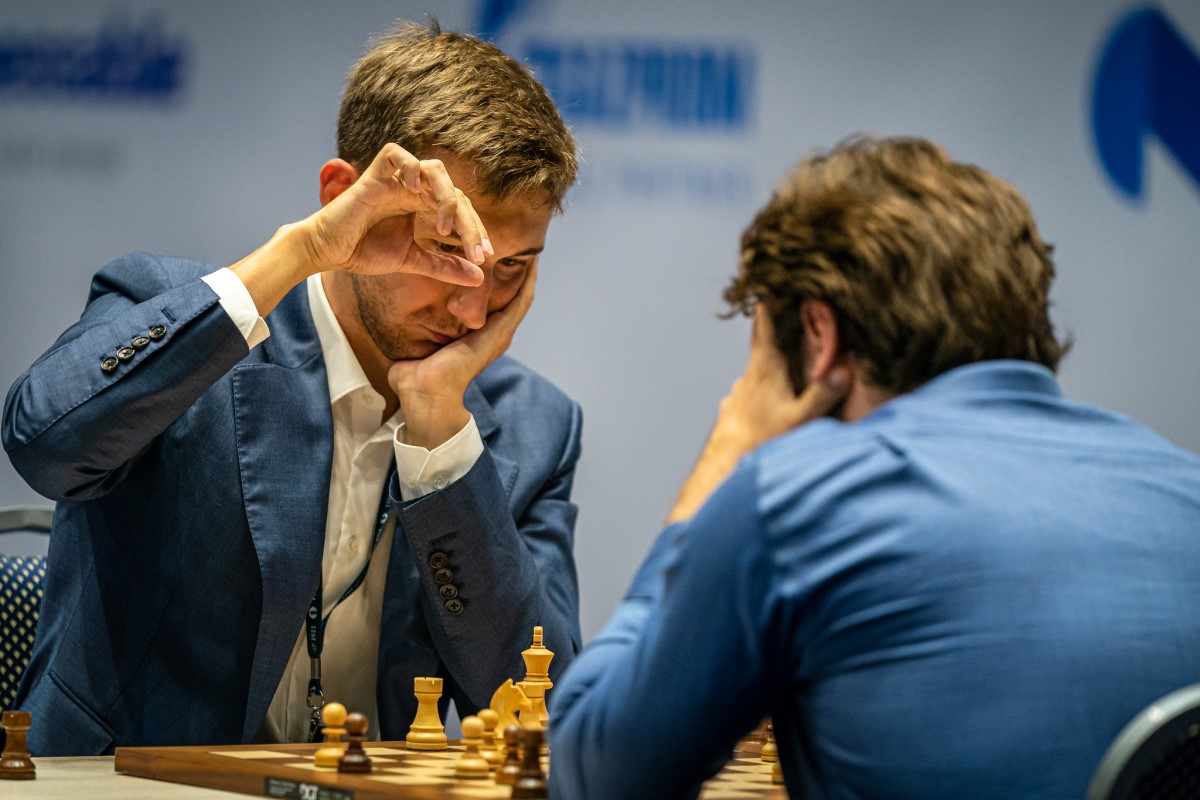 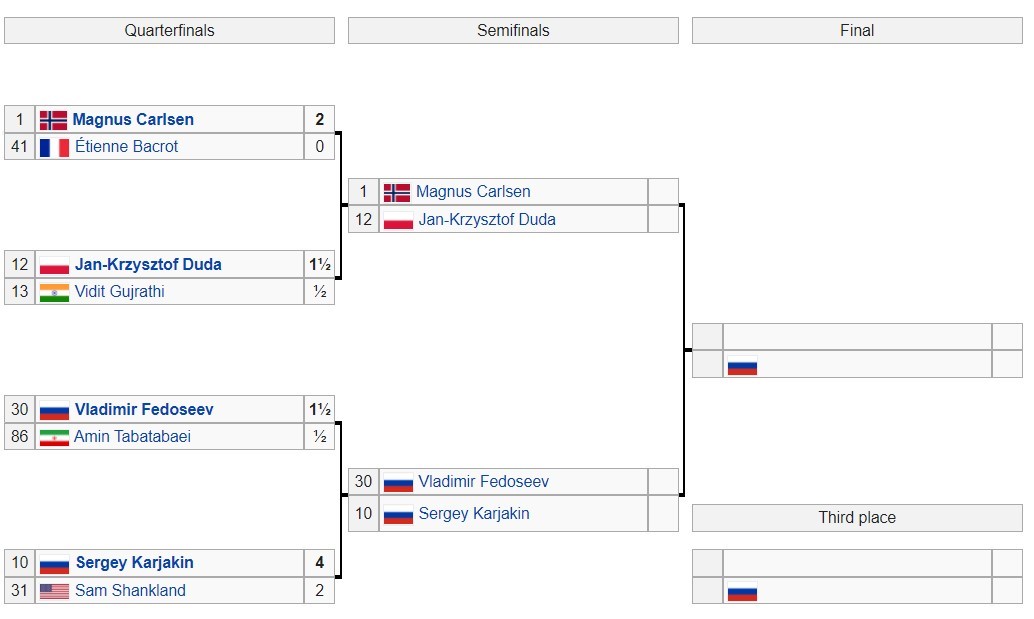 Replay all the games from the World Cup at Live.ChessBase.com

Rating was much more of a reliable predictor in the women’s section, as 3 out of 4 semifinalists were seeded 1st, 4th and 7th in the initial ranking. On Friday, top seed Aleksandra Goryachkina knocked out Anna Muzychuk (4th) and Alexandra Kosteniuk (14th) knocked out Tan Zhongyi (7th).

Kosteniuk is the ‘outsider’ rating-wise, but the 37-year-old former world champion is no stranger to fighting at the very top in the women’s circuit. In the second game of the semis, she made the most of a blunder by her Chinese opponent.

Improve your chess with Tania Sachdev

On this DVD, well-known Indian WGM Tania Sachdev shows you how to evaluate certain positions and then find the right concepts and plans on the basis of her own games.

Tan’s 25…Nd5 allowed 26.Bxh5, when Black cannot adequately prevent White from grabbing the exchange due to the threats connected to Qd6+. The Chinese GM went for 26…Rf8, but her position was already hopeless. Kosteniuk swiftly converted her advantage into a 38-move win. 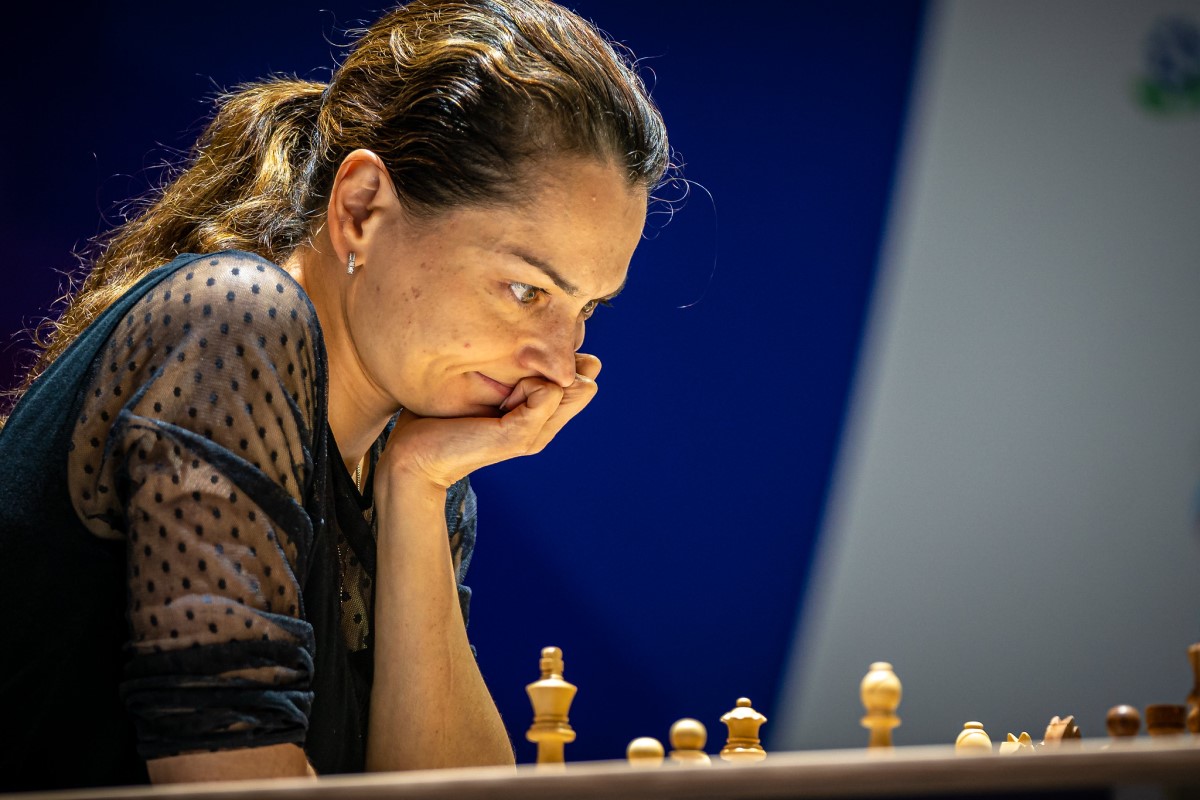 Alexandra Kosteniuk was world champion from 2008 to 2010 | Photo: Anastasiia Korolkova

In the meantime, 22-year-old Goryachkina was grinding out a win from a superior double-rook ending.

GM Karsten Müller demonstrates in his annotations below that Black needed to play actively to get good drawing chances in this position. Instead of Müller’s suggestion of 30…g5, though, Muzychuk went for the passive 30…Rc5 and was duly outplayed by her opponent. 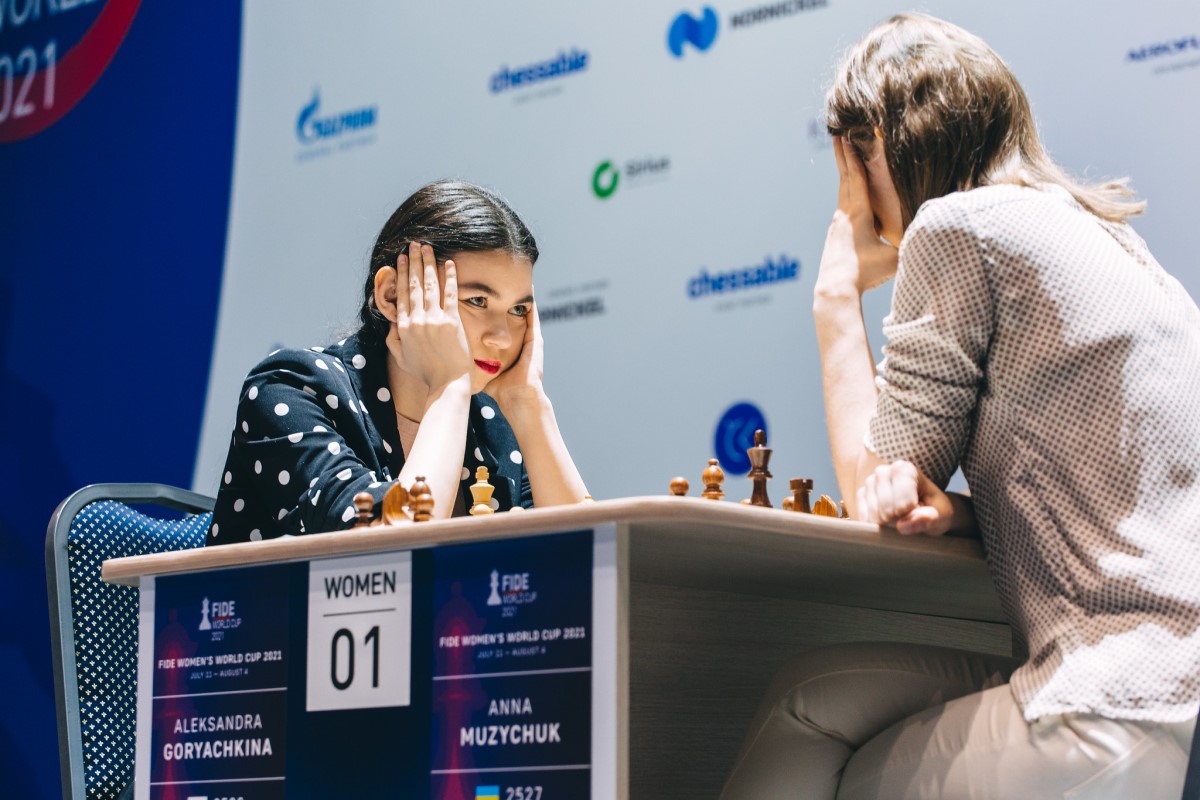 The final and the match for third place kick off on Sunday. All the players involved are qualified to the Candidates, but they are still fighting for prize money:

Replay all the games from the Women’s World Cup at Live.ChessBase.com