From the multiple COVID-19 cases surrounding the Indian Premier League (IPL 2021) to Sergio Aguero leaving Manchester City, here are the major sporting events from the week gone by.

BCCI chief Sourav Ganguly has made it clear that the Mumbai leg of the Indian Premier League will go ahead as per schedule despite the Maharashtra government imposing heavy restrictions till April 30. (REPORT)

Delhi Capitals named Rishabh Pant as the captain for IPL 2021 after its regular skipper Shreyas Iyer was ruled out due to injury. This will be Rishabh Pant’s debut as IPL captain. (REPORT) Rishabh Pant has been appointed the Delhi Capitals captain for IPL 2021.   –  IPL

Sachin Tendulkar has been hospitalised as a precautionary measure, days after having tested positive for COVID-19. (REPORT)

Australia women beat New Zealand by six wickets in the first One-Day International of a three-match series. This was its 22nd win in a row, a new record in ODIs; Meg Lanning’s team went past the mark of 21 wins set by Ricky Ponting. (REPORT)

The current Indian team has to be the best in the history of Indian cricket, according to Sunil Gavaskar. (REPORT)

A century opening partnership between Lahiru Thirimanne and captain Dimuth Karunaratne helped Sri Lanka bat throughout the final day on Friday to draw the second Test against the West Indies. The two-match series ended 0-0. (REPORT)

Real Sociedad beat local rival Athletic Bilbao 1-0 in the rescheduled 2020 Copa del Rey final on Saturday to get its hands on a major trophy for the first time since 1987. (REPORT) Sergio Aguero, Manchester City’s record scorer, will leave the English club after 10 years when his contract expires at the end of the season. (REPORT)

Romelu Lukaku scored his 20th Serie A goal of the season to earn Inter Milan a 1-0 win at Bologna and send the Milanese club eight points clear on top of the table. (REPORT)

Leon Goretzka’s first-half goal was enough to give Bundesliga leader Bayern Munich a crucial 1-0 victory at second-placed RB Leipzig, as it opened up a seven-point lead at the top and edged closer to a ninth straight league crown. (REPORT)

While only local workers and residents will be allowed into Wembley for the FA Cup semifinal between Leicester and Southampton, the League Cup final between Manchester City and Tottenham is set to have a limited number of fans of the clubs. (REPORT)

Bayern Munich forward Lea Schueller scored the only goal as the German side beat Sweden’s FC Rosengard 1-0 in the second leg of its women’s Champions League quarterfinal to complete a 4-0 aggregate victory. (REPORT)

Real Madrid captain Sergio Ramos has sustained a calf injury. The problem puts his participation in the UCL quarter-final first leg against Liverpool and his Clasico participation with visitors Barcelona on April 10 in serious doubt. (REPORT)

The European Club Association (ECA) is excited by the prospect of launching a women’s Club World Cup “fairly soon” and sees the tournament as part of its strategy to help develop women’s football, chief executive Charlie Marshall said. (REPORT)

Five Australian cities and four in New Zealand will host matches at the Women’s World Cup in 2023, with the tournament getting underway in Auckland and concluding with the final at Sydney’s ANZ Stadium. (REPORT)

Teams will be allowed to use up to five substitutes per game during June’s Euro 2020 tournament, UEFA’s executive committee ruled. (REPORT) Antonio Habas led ATK Mohun Bagan to a second-place finish in the ISL group stage and to the final, where it lost to Mumbai City FC.   –  ISL/Sportzpics

India suffered a 6-0 thrashing at the hands of United Arab Emirates — its heaviest defeat against the Gulf side — in the second international football friendly. (REPORT)

The 15-member Indian shooting team for the Tokyo Olympics was named on Sunday. While Manu Bhaker will represent the Indian team in three events, Anjum Moudgil has been deprived of a chance to compete in air rifle. (REPORT) Raninder Singh, president of the National Rifle Association of India (NRAI), with the country’s shooting team during the recently-concluded Delhi World Cup.   –  Twitter

National Rifle Association of India’s joint secretary general Pawan Singh was honoured with a gold medal for his contribution to shooting by the International Shooting Sports Federation (ISSF). (REPORT)

Australia’s Ashleigh Barty won her second successive Miami Open as Biana Andreescu retired with the score at 6-3, 4-0 in the final. (REPORT) French sports minister Roxana Maracineanu says it is possible the French Open can be postponed for the second year amid the COVID-19 crisis. (REPORT)

The ATP has updated its COVID-19 protocols for tournaments this week to include an exemption list for athletes who have completed the full vaccination process to protect themselves against the virus. (REPORT)

World number four Dominic Thiem said he is not yet fully fit and is skipping this month’s ATP Masters 1000 event in Monaco. (REPORT)

The WTA has said it will not require players to get a vaccine but wanted to make the benefits of getting a shot clear to everyone. (REPORT)

Badminton coach Vimal Kumar felt that P. V. Sindhu remains India’s best Olympic medal prospect but had to give more attention to her recovery process between matches to achieve the feat at Tokyo. (REPORT)

Pramod Bhagat won two gold medals, one each in the Men’s Singles and Doubles categories, at the Dubai Para Badminton tournament. (REPORT)

The 2010s in Indian women’s badminton belonged largely to P. V. Sindhu and she lifted two awards at the Sportstar Aces awards, winning the ‘Moment of the Decade’ and the ‘Racquet Sports Sportswoman of the Decade’ recognitions, respectively. (REPORT) (REPORT)

The architect behind the emergence of several great badminton players in the last decade. Pullela Gopichand won the Sporstar Aces award, for the coach of the decade (REPORT)

The torchbearer for Men’s Singles badminton in the last decade, Kidambi Srikanth won the Sporstar Aces award for ‘Racquet Sports Sportsman of the Decade’ (REPORT)

Rani Rampal, captain of the Indian women’s hockey team, was named the Sportswoman of the Decade (Team Sports) at the 2021 Sportstar Aces Awards. (REPORT)

Manpreet Singh, captain of the Indian men’s hockey team, was named the Sportsman of the Decade (Team Sports) at the 2021 Sportstar Aces Awards. (REPORT)

The Indian men’s hockey team captain Manpreet Singh returned to the side for the FIH Pro League games against Olympic champion Argentina next month. Experienced drag-flick specialist Rupinder Pal Singh and Varun Kumar, who had missed out the previous tour owing to rehab, are also back in the mix. (REPORT)

M. C. Mary Kom, the only boxer – male or female – to win eight world championships medals, was named Sportstar of the Decade at the 2021 Sportstar Aces Awards on Sunday. (REPORT) Kenya’s Ruth Chepngetich smashed the world half-marathon record, clocking a time of 1 hour, 04 minutes and 02 seconds at the N Kolay Istanbul Half Marathon on Sunday. (REPORT) World champion sprinter Salwa Eid Naser will have a two-day appeal hearing next month that could lead to a ban from the Tokyo Olympics for breaking anti-doping rules. (REPORT)

Two-time Olympic medal-winning wrestler Sushil Kumar was named the Sportsman of the Decade (Individual Olympic Sports) at the 2021 Sportstar Aces Awards on Saturday. Sushil has carved a niche for himself in Indian sport, bettering his bronze in the 66kg freestyle at the Beijing Olympics by winning silver at London 2012. (REPORT)

Sushil Kumar has carved a niche for himself in Indian sport, bettering his bronze in the 66kg freestyle at the Beijing Olympics by winning silver at London 2012.   –  The Hindu

Two-time world champion and 2016 Olympic bronze medalist J’den Cox is out of the U.S. Olympic wrestling trials after not making weight Friday. (REPORT)

Lewis Hamilton fended off young challenger Max Verstappen in one of the toughest battles of his Formula One career in Bahrain on Sunday and said he loved every minute of it. (REPORT)

F1’s motorsport managing director Ross Brawn has hailed Yuki Tsunoda as the best rookie in years after the Japanese scored points on his debut in the Bahrain Grand Prix last Sunday. (REPORT)

Yuki Tsunoda’s ninth-place finish at the Bahrain GP is the best result by a Japanese since Kamui Kobayashi finished sixth for Toyota in Abu Dhabi in 2009.   –  Getty Images

Bengaluru-born Akhil Rabindra announced on Tuesday that he will participate in the 2021 season of the European GT4 Championship. (REPORT)

In the last decade, Narain Karthikeyan took part in the Super Formula and Super GT championships in Japan, winning three podiums and he won the Sportstar Aces award for ‘Motorsports’ Sportsperson of the Decade’. (REPORT) 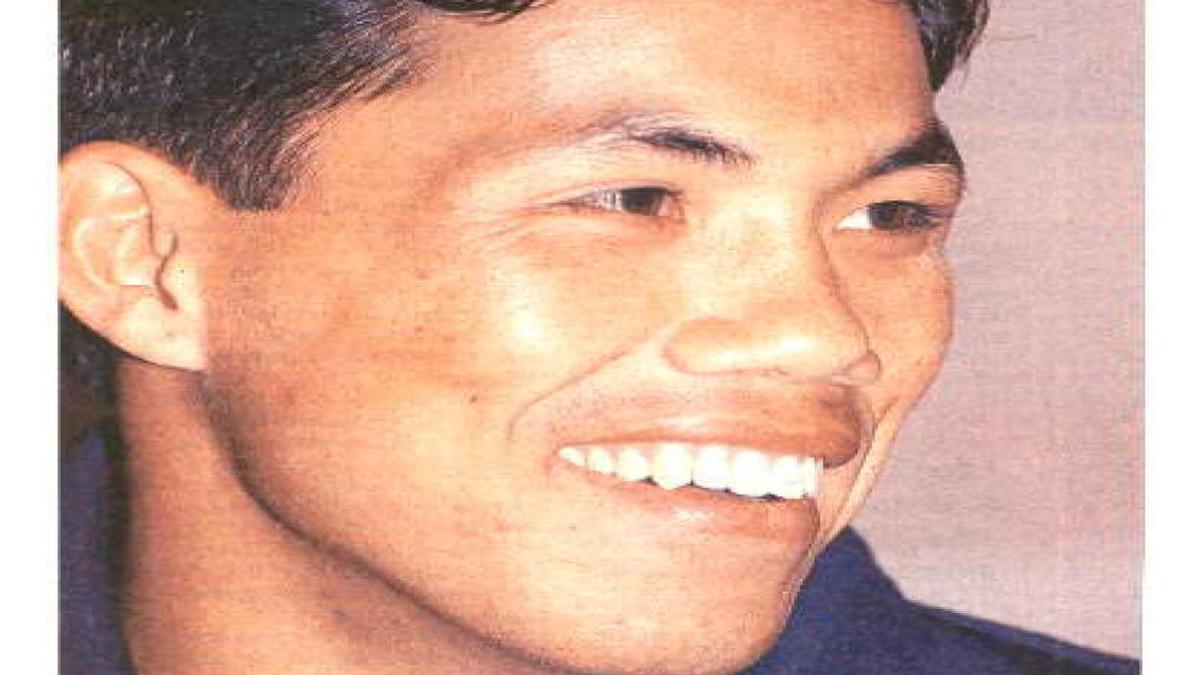 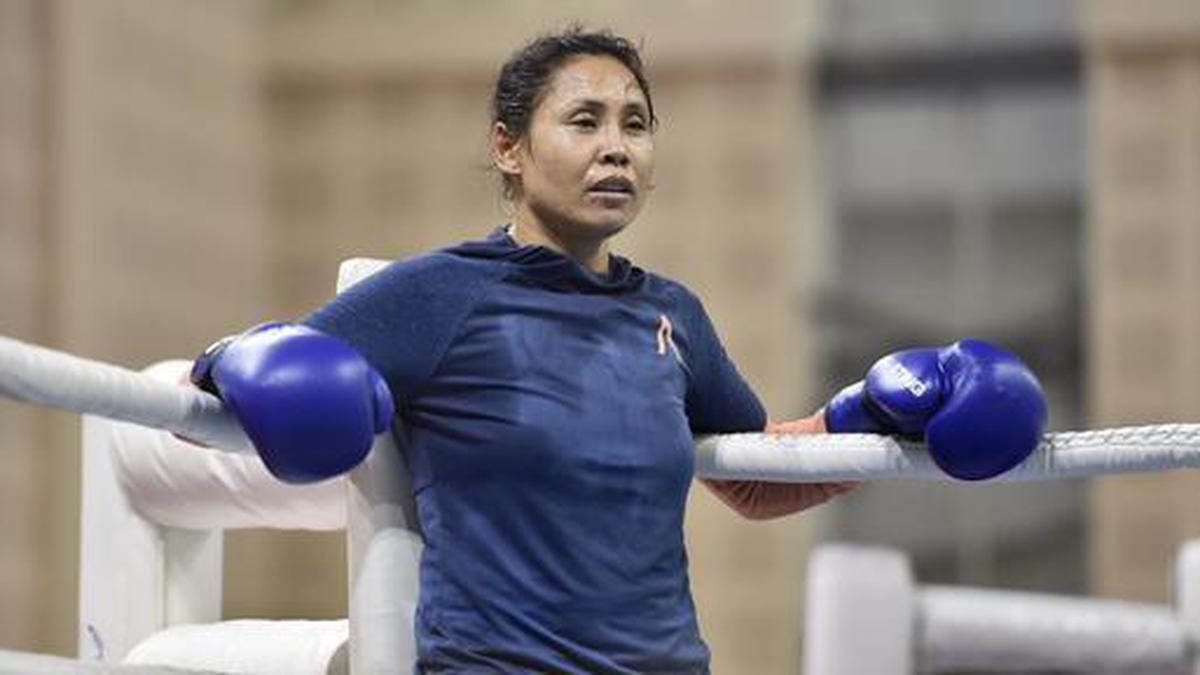 Sarita Devi: ‘Dingko sir inspired me to take up boxing’ 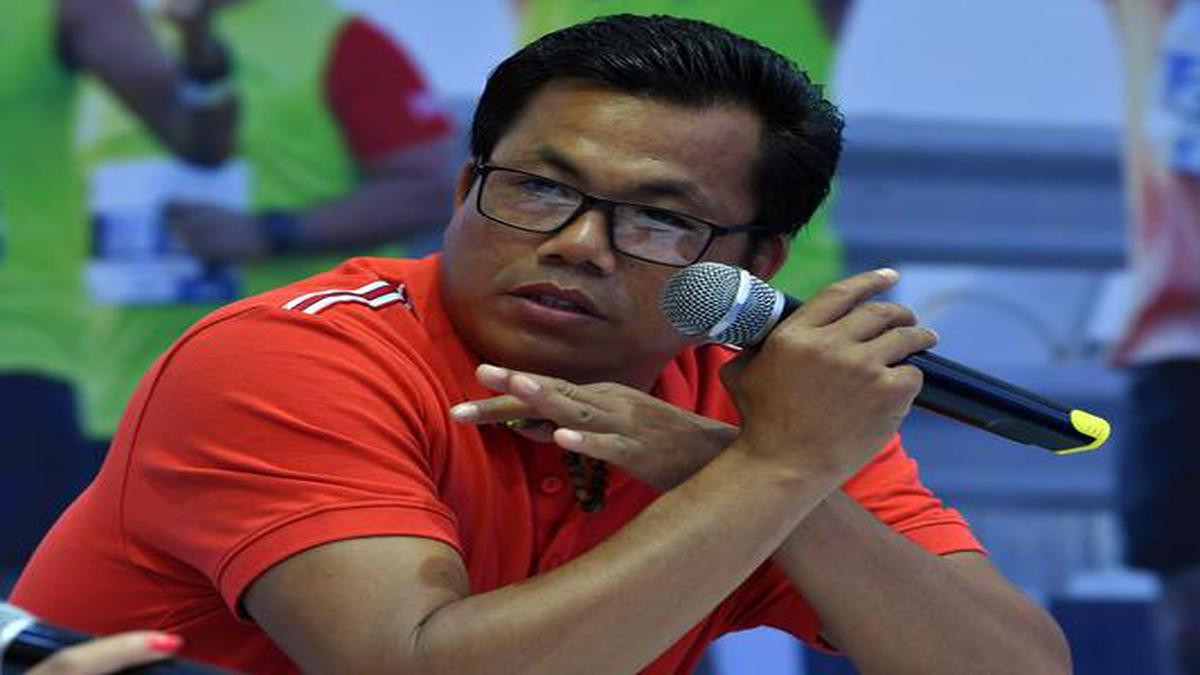