When players reveal their thoughts about their moves in a chess game, it is very enjoyable and instructive.  Now, imagine if the players were some of the greatest chess legends — giving the reasons behind their moves. As in the following example:

Fischer: An old variation to get off the beaten track. More usual is 4. c4.

Fischer: Another possibility is 6… g6.

Petrosian: In recent times Fischer has on several occasions employed this old system of development, which is not considered to be dangerous for Black. Interestingly, in the year 1946 I had to defend with Black in this system in a match for the title of Champion of Armenia, against the experienced master Kasparian…

No other World Champion was more infamous both inside and outside the chess world than Bobby Fischer. On this DVD, a team of experts shows you the winning techniques and strategies employed by the 11th World Champion.

Grandmaster Dorian Rogozenco delves into Fischer’s openings, and retraces the development of his repertoire. What variations did Fischer play, and what sources did he use to arm himself against the best Soviet players? Mihail Marin explains Fischer’s particular style and his special strategic talent in annotated games against Spassky, Taimanov and other greats. Karsten Müller is not just a leading international endgame expert, but also a true Fischer connoisseur.

Petrosian: Practically forced, since after the exchange of light squared bishops with …Bb5, Black has an easy game. The invasion at b3 promises Black nothing.

Petrosian: Seemingly, Black has made a concession. In fact, however, he is entering the path of carrying out a lengthy plan which, alas, is not destined to be realisable.

Petrosian: After the game it was unanimously stated that better was 14… g6, but I was attracted by a different idea.

Fischer: To prevent a later …Ng4 in many variations, and maybe to play g2-g4 after Black castles.

Petrosian: Also after castling Black remains in a difficult situation. After, for example, 18. f4, I did not see how it was possible to oppose the plan of attack with the move g2-g4.

Fischer: Black has a very passive position and hopes to regroup his forces.

Petrosian: White brings up the reserves and it is clear that, without counter play and without co-ordinated piece action, Black cannot hold on for long.

Fischer: (!!) Petrosian finds an ingenious defence in a difficult predicament, trying to bring his king to safety on the queen-side. I was almost expecting him to resign instead.

Petrosian: Black’s only chance. Along the dark squares, the king sees if it can find shelter on the queen’s flank.

Petrosian: Somewhat better was 31… Rc6, in order in reply to the move 32. Qe5 to have the possibility of 32… Qd6. Instead now there follows a forced finale.

Fischer: (!) Black is now virtually in zugzwang. The king is cut off from c7.

This is an excerpt from the book The Match of the Century – USSR vs World. In it, all games, played over four rounds on ten boards, are annotated by the players themselves, round-by- round, board-by-board. And the players are… Spassky, Petrosian, Korchnoi, Polugaevsky, Geller, Smyslov, Taimanov, Botvinnik, Tal, Keres, Stein (reserve) and Bronstein (reserve) playing for the USSR, and Larsen, Fischer, Portisch, Hort, Gligorić, Reshevsky, Uhlmann, Matulović, Najdorf , Ivkov, Ólafsson (reserve) and Darga (reserve) playing for the Rest of the World. 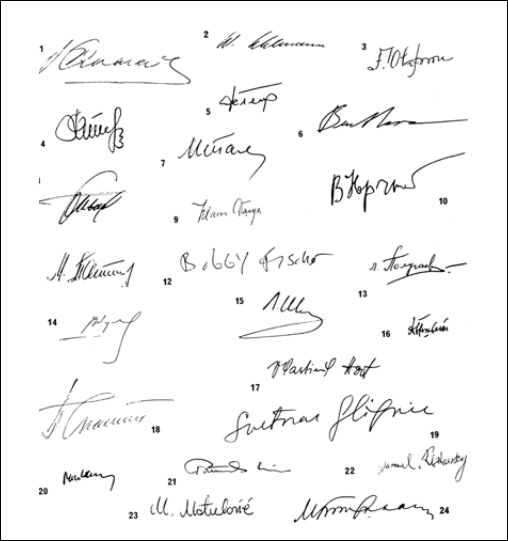 The match was played half a century ago, in 1970, in Belgrade, the capital of the Socialist Federative Republic of Yugoslavia. Such a match could fit in those times, when Russians were a force to reckon with. In their squad there were five ex-world champions and the then reining one, Spassky. The participants from the ‘rest of the world’ were exactly that, scattered exceptional players coming from various countries in the world — their merit was to be the world’s highest rated players.

Immediately after the end of the match, Aleksandar Matanovic and Tigran Petrosian    compiled a book consisting of all the games annotated by the players themselves.

Last year was the fiftieth anniversary since its publication, and a new edition was published, revised and completed with additional information by chess historian Douglas Griffin and Igor Žveglić, the Chess Informant’s commissioning editor. The publisher, then and now, is the Chess Informant. 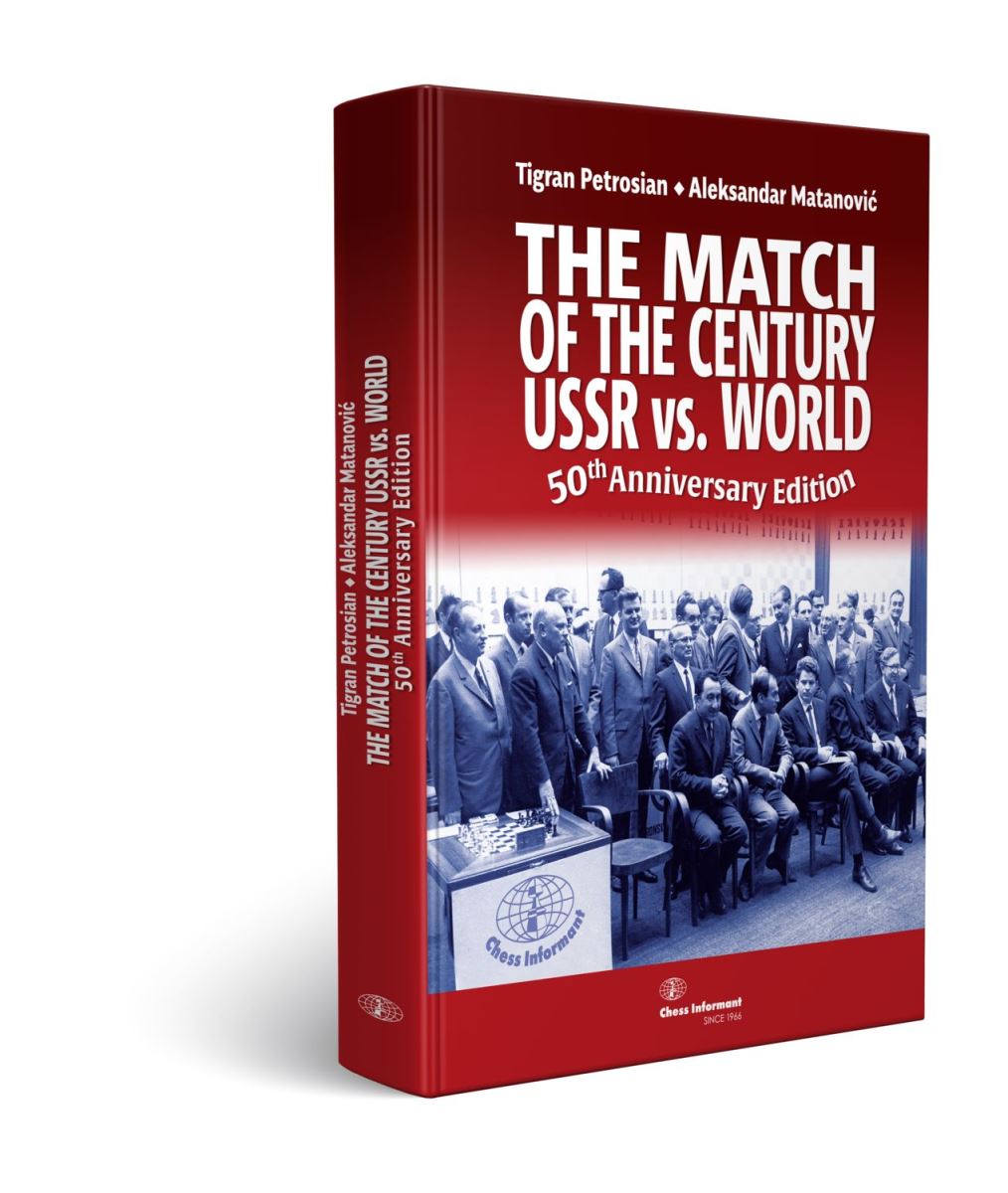 As the editors state in their foreword, “It is unlikely that the game of chess will ever regain the status that it once enjoyed in the Soviet Union and its satellite countries, as well as in Yugoslavia. Truly, it is difficult to imagine the scene that took place in central Belgrade occurring in any city of the world today”.

The interest in this match has not abated after all these years, understandably so considering the number of legends that took part. This book beautifully relives the match before the eyes and mind of the reader. The first eighty pages include a historic background to the making of the match, a collection of journalistic write-ups of the time surrounding the event wihch are complemented by interviews, recollections and opinions given by the participants and observers and a detailed description of the scene and happenings before, during and after the event. A large section is dedicated to profiles of the players, board-by-board, their score up to the match and a selection of their most significant encounters.

After the key section of the book, the annotated games, a Reaction to the Match in the Soviet Press clearly shows the lukewarm reception that the Russians received in their country after an ‘insignificant’ 20½:19½ win. After such an ‘abysmal’ victory by a mere 1-point difference,  the Russian grandmasters received a modest gift upon their arrival at the airport: each of them was handed a single red carnation, according to a press article in the notable Russian chess magazine ‘64’. 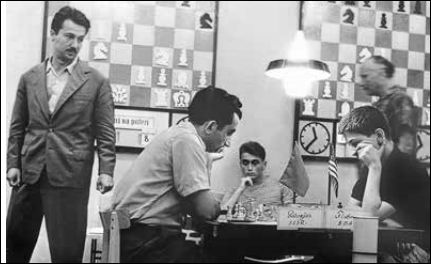 The historical bits and trivia include Fischer’s well-known antics about his many demands and conditions, which are described in detail. We are given the full content of the many telegrams that were frantically flying between him and the organizers, who were at the end of their wits trying to satisfy him while keeping the starting time as planned.

A great point of interest to us — but a headache to the organizers — was the rivalry between Fischer and Larsen about who would play on the first board for the Rest of the World team, each of them claiming a supremacy over the other and conditioning their participation on the issue. It came to Max Euwe, the captain of the World team, to make a decision, but I’d rather not divulge here all the intricacies apart from the final solution that was rather amusing: after it has been announced and agreed that Fischer would play on the first board, in the last minute, before the start of the first round, the decision was reverted and on the first board sat Larsen. All of this is meticulously described in the many articles that the authors had carefully gathered to bring us this unforgettable event in a most vivid form. 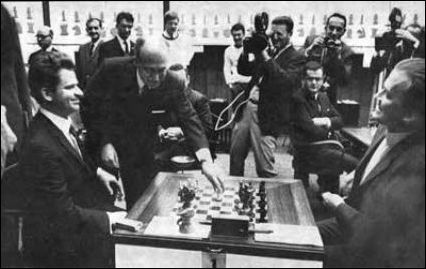 But, of course, the games are the main attraction, annotated by the players themselves, with several diagrams per game. The reader can follow each game from the point of view of both opponents.

As a teaser I chose two games of which I am presenting only the first ten moves: Tal v Najdorf,  from the first round, and Korchnoi v Portish, from the third round. Tal was allocated only the ninth board out of ten, and he played against Najdorf, the oldest player at the tournament.

Tal: The old love of the Argentinean grand master — the system with 2… d6 and 5… a6 — has been replaced with a new. In recent times Najdorf has played the Paulsen Variation often, enthusiastically and with success.

Najdorf: Up to this moment the game proceeds along well known lines.

On this DVD Dorian Rogozenco, Mihail Marin, Oliver Reeh and Karsten Müller present the 8. World Chess Champion in video lessons: his openings, his understanding of chess strategy, his artful endgame play, and finally his immortal combinations.

Tal: Deserving attention is 9. Be2, leaving, in a number of cases, the square h3 free for the queen, which could from there display noticeable activity on the queen’s flank. The move 9. Be2 was tested in a series of games at Palma de Mallorca (1969), although the first conclusions have still to be drawn. For the time being White does not depart from the beaten path.

Tal: This continuation gained popularity after the 23rd game of the World Championship match, when Petrosian employed it against Spassky. In general, it seems, it has been studied by Leningrad chess players.

I found interesting the exchange of thoughts in the game Korchnoi v Portisch, in the third round, in which both players emphasize the fact that, at the beginning of the game, Korchnoi was kibitzing at the other boards and, as a result, forgot a key move in the opening phase, thus providing Portisch with an easy middlegame, which he ultimately converted in a win.

Korchnoi: (?) Having been watching the game Geller – Gligorić, I forgot about my ‘Spanish’ bishop.

Portisch: (?) This move is a fingerfehler. Korchnoi, who was watching the opening of the other games, automatically moved the pawn, forgetting that he had not yet played c2-c3.

Korchnoi: Now Black has easy play and every chance of achieving an advantage in the middlegame.

Portisch: In a closed position the lack of the ‘Spanish’ bishop is not so important, so it is easy to understand why Korchnoi chose this move.

Korchnoi: The only thing of which White can dream is to exchange as many pieces as possible, and in particular, one of the black bishops, for example 11… Bb7  12. Bf6! Bf6  13. Nd5. However, even after White having achieved this possibility, Black would have retained the advantage — he still has the strong light squared bishop. 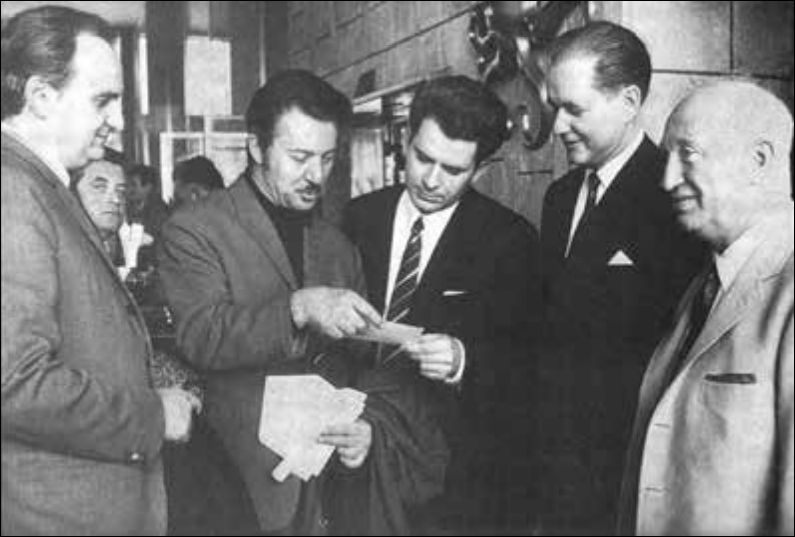 You may wish to ditch the internet for a moment, dust your board and pieces and, in the old-fashioned way, immerse and delight in fascinating games played half a century ago — all of them timeless in their significance and mastery. The revised edition has ignited a great interest even after all this time. The Informant’s manager Vitomir Bozic told me that “it has been selling like hot cakes”. A highly satisfying treat, indeed.

[All photos reproduced from the book]

Considered a master of prophylaxis, Petrosian sensed dangers long before they actually became acute on the board. In his prime, Petrosian was almost invincible. Let our authors introduce you into the world of Tigran Petrosian.

Carissa Yip wins the US Women’s Championship at 18

Pawn race in a rook ending

US Chess Championships R11: Caruana, So, Sevian Advance To Tiebreaks

‘I direct traffic in 50C heat’