Conditioning, a memory, an intrinsic part of our culture — the thoughts around this handspun, handwoven fabric are many, as we learn from some of the country’s leading designers

Last Sunday, in his address to the nation, Prime Minister Narendra Modi spoke up for khadi. However, besides calling for “record-breaking sales” on October 2, he also urged listeners to buy handloom. His words reflected what many in the design community have been speaking up about. Yes, khadi is tied in with the identity of freedom and self-sufficiency that Mahatma Gandhi wanted for Indians, but in the 21st century, being #VocalForLocal means looking beyond the trademark (KVIC, or the Khadi and Village Industries Commission, owns ‘Khadi’ and ‘Khadi India’, as a Delhi tribunal recently ruled). What we should be concentrating on is handspun and handmade. As fashion designer David Abraham, of Abraham & Thakore, says “The cultural narrative should focus on all handmade Indian fabrics.” A statement that veteran designer Ritu Kumar echoes: “A lot of our handlooms can be a part of India’s fabric story — from Chanderi and Jamdani to Mangalgiri and Bengal handloom.” This Gandhi Jayanti, we speak with designers about whether khadi connotes patriotism, its changing narratives, and how to showcase handloom for a new audience. 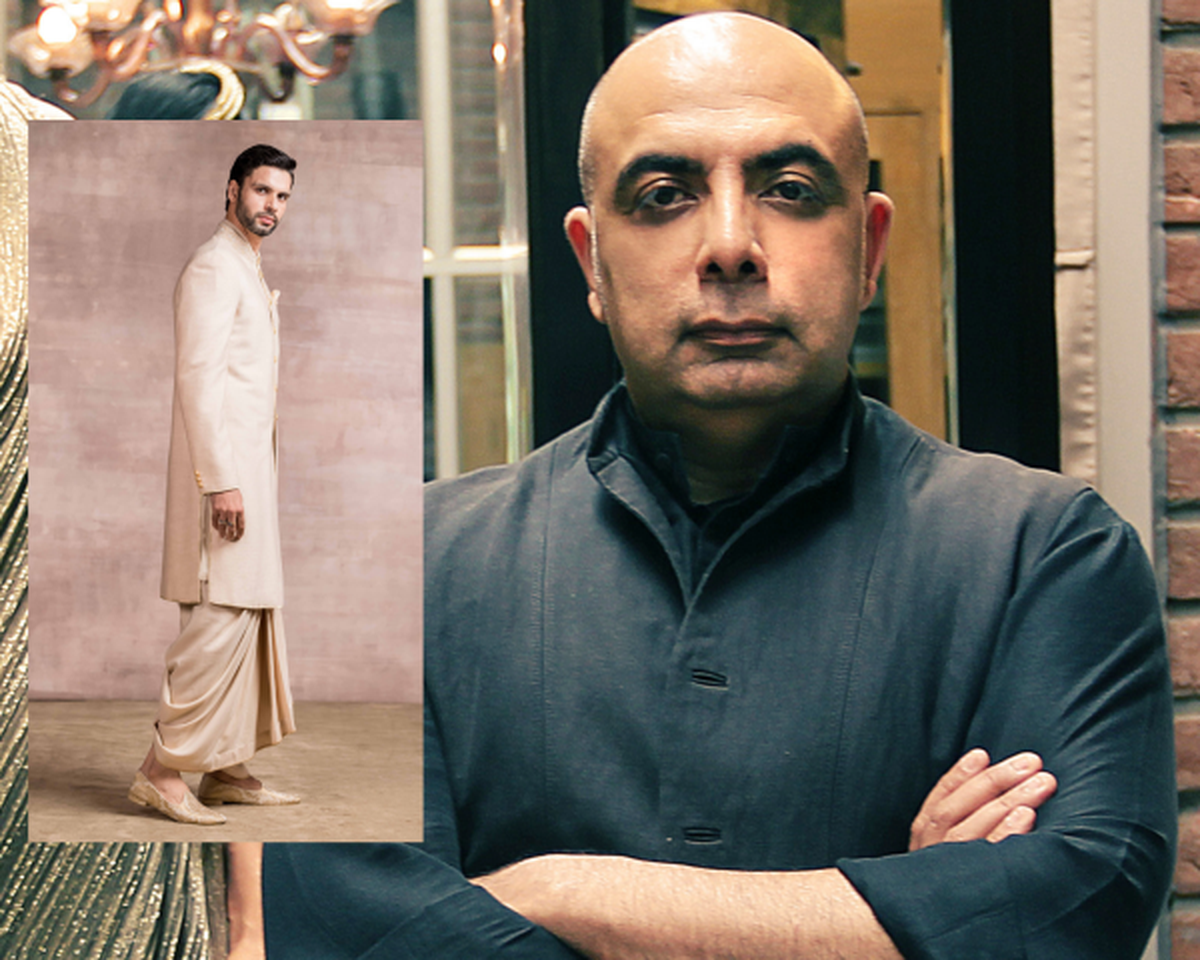 Khadi is a way of spinning the yarn. You can do khadi in cotton, in silks, in all kinds of different fabrics. While I don’t think there’s any better way to wear one’s patriotism than khadi, I also feel it doesn’t necessarily have to be expressed only through it. For me, being patriotic is to keep my culture alive in an organic way. There is nothing patronising about it; I do it because I love it. And, through the pandemic, I’ve decided that [from now on] almost everything, down to dinner sets, I’m going to buy in India. Because everything I like and enjoy has some kind of crafts resonation.

For a Gen Z audience: Khadi can and should be promoted to a younger audience, but it is only going to work if it is relevant to their lives. In our new line, we have a beautiful khadi section of exquisitely-tailored pieces (pictured here), in the correct weights of the khadi fabric, so that people can understand and adapt them to their contemporary lives. Designers have to make khadi contemporary and relevant, and people will be happy to wear it. A lot of our handlooms can be a part of India’s fabric story — from Chanderi and Jamdani to Mangalgiri and Bengal handloom. It’s rare to find such aesthetics and quality in weaves elsewhere in the world.

Weaves to champion: While I’ll never give up my khadi saris, I’d pick my South cottons, especially the Madras checks. I was travelling through Madurai and Chidambaram just before the pandemic, and I adore the Chettinad and kanjeevaram saris, too. Also there’s nothing like white woven cotton fabric — take Kerala’s white and gold weaves. White cotton is India’s black.

Khadi for a new market: We need to make khadi viable for all stylistic changes. The younger generation might not want to wear a sari every day, but would choose a khadi kurta or a top. There’s not a single rack in our store where khadi doesn’t get sold out. It’s easy on the eye, and people don’t mind the grungy look nowadays. 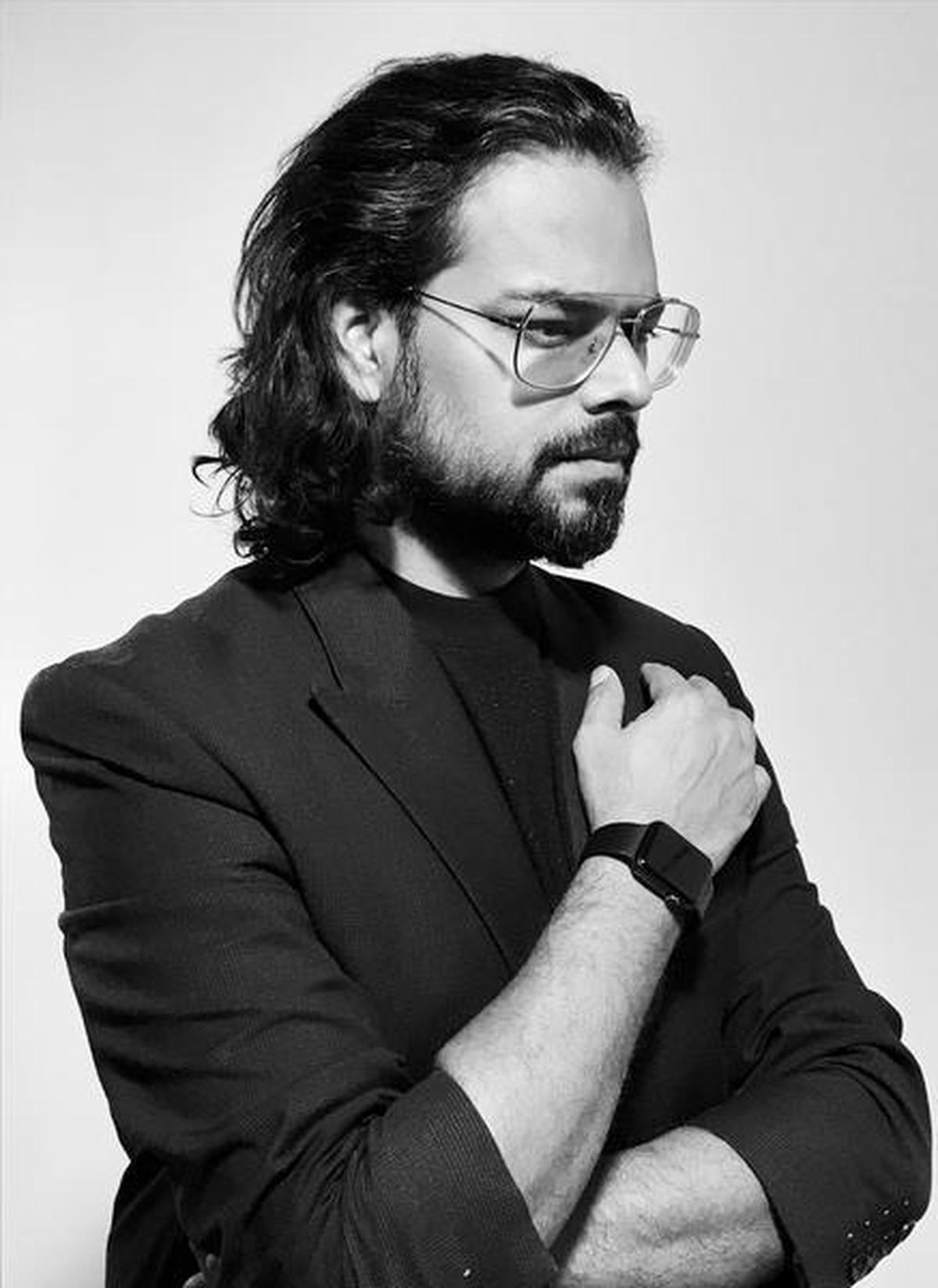 Khadi is not just a fabric; it is a symbol — of swaraj, inclusivity, and self reliance. When we look at inclusivity, the inclusivity of process is really important. That is what is most empowering about khadi, and what Mahatma Gandhi understood.

Real patriotism comes when, in whatever you do, you also think about the society and how it will help. My grandmother used to spin khadi yarn and give it to the local village weaver. It was a beautiful system. Anything that creates employment is patriotic.

New audience: The young today need to be made aware of the true value of khadi [any handloom fabric qualifies if the yarn is handspun], and the idea of sustainability it carries. If khadi is introduced in a purposeful way, there is no reason why Gen Z would not love to adopt it. What is needed is design interventions, to create something that is modern and beautiful. Our embroideries are the real stars of our country. From zardozi to aari, kashida to kantha, Toda pukhoor to kachi, Chamba rumal to chikankari, khneng to kasuti… we have the most talented craftspeople in India. And then there are the silks from across India. I try to source locally as much as I can, with most silks from Karnataka or Uttar Pradesh, and cotton and chanderi from Bhagalpur or Bengal. When my label uses our traditional crafts and showcases them in a contemporary storyline, it gives me a sense of patriotism and belonging. 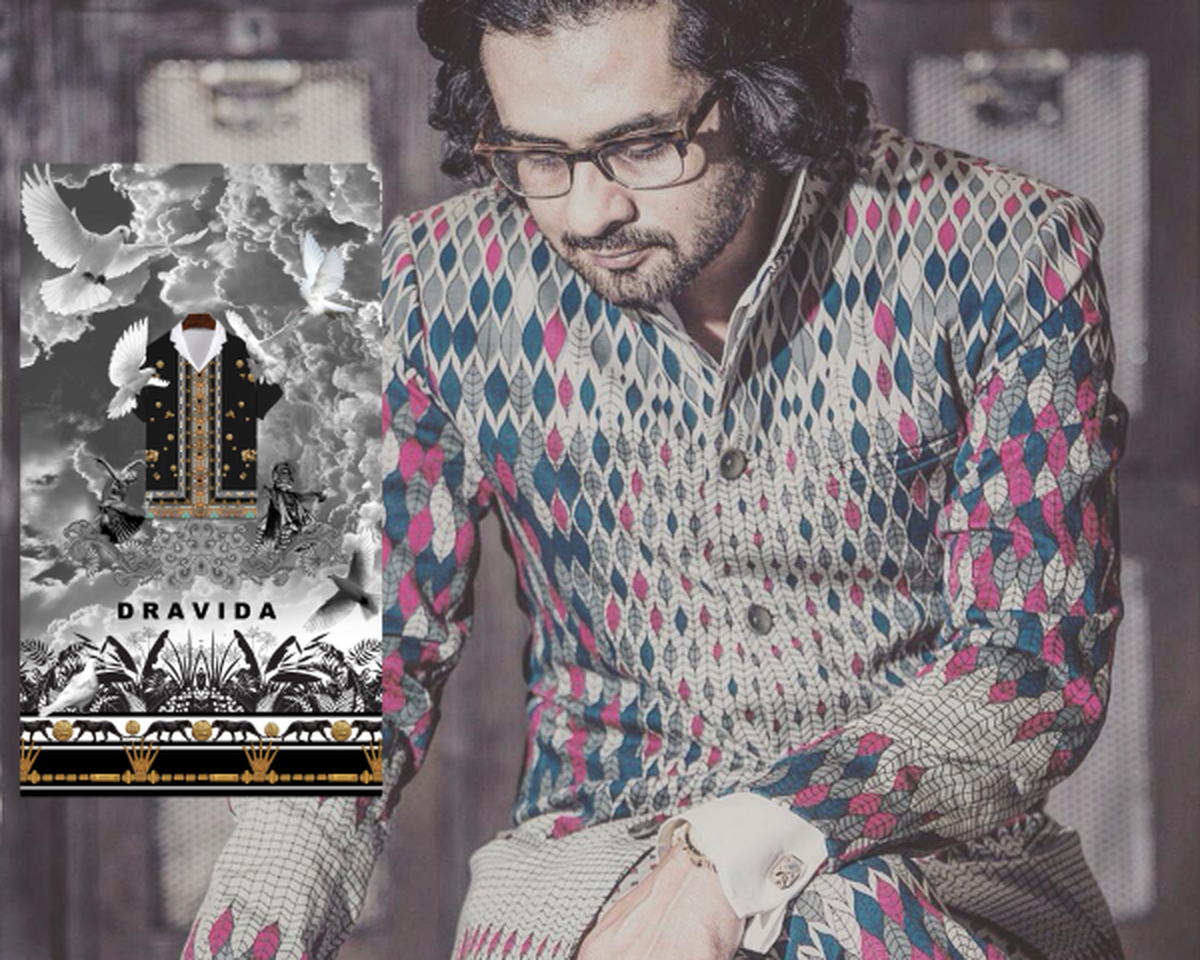 Patriotism is an emotion, and in today’s world, the word scares me. It shouldn’t mean fanaticism, but how, as an individual, what you do can help enable others in your country. India has profound past wisdom, but it is in an acute state of decay.

Future ready: Khadi is relevant, but we should look to the future, too. Because cotton, at the end of the day, is a diva crop. It cannot solve the problem for 7.9 billion people. The solution is to make the two worlds meet. Our new autumn-winter collection, Dravida, has handspun, handwoven jamdani and kaftans, but it also has mill-made fabrics — hemp, bamboo, textiles made from plastic. It blends what’s good from the past with today’s technology, addressing our challenges with waste, pollution and global warming.

Wearing patriotism: I wear handlooms from different clusters, and from other designers, such as Rajesh Pratap Singh, Abraham & Thakore. In fact, Dev R Nil’s bandhgalas with quirky prints are a favourite. During Onam, I make it a point to wear handlooms from Kerala. 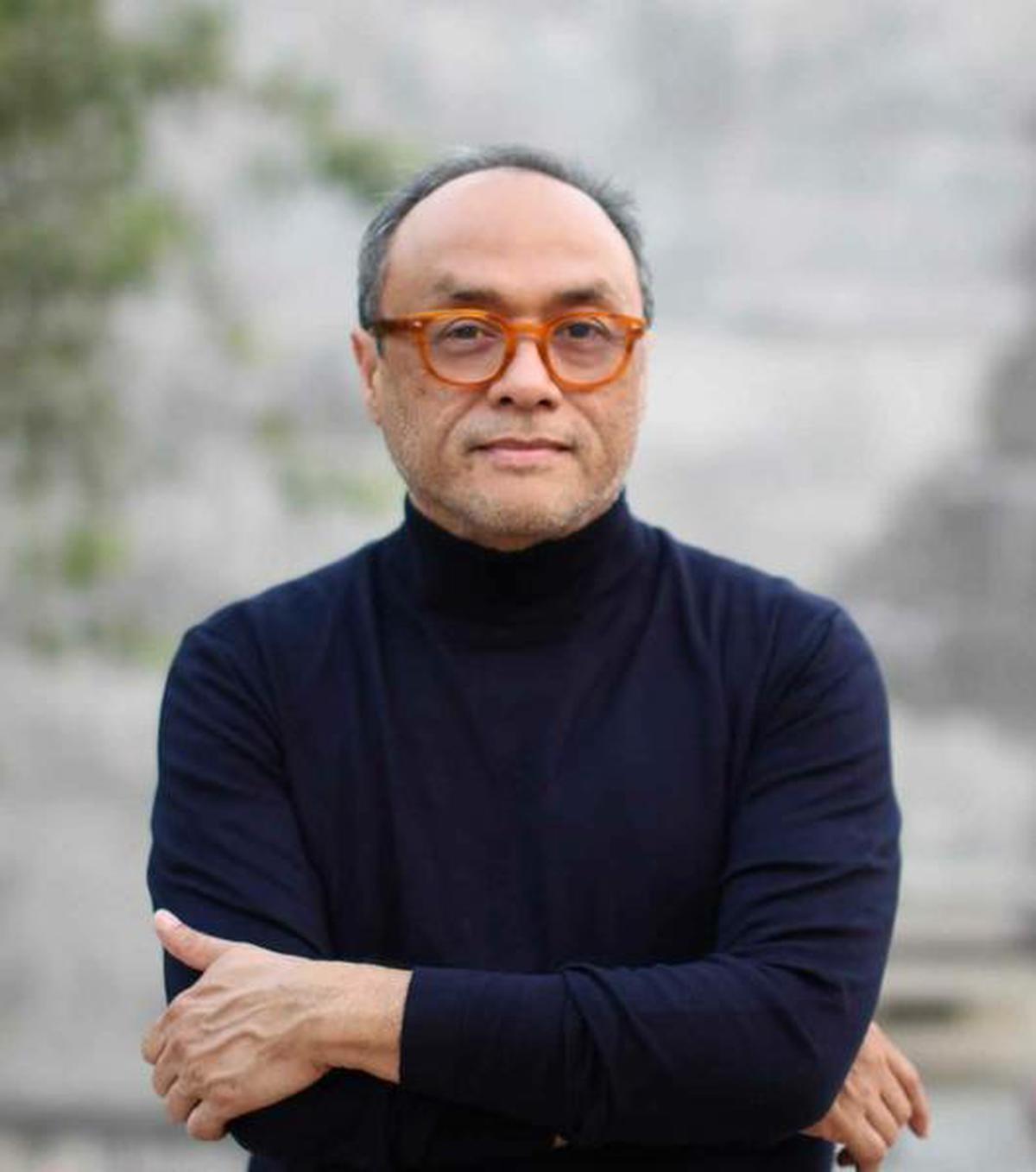 To the layperson, khadi is largely a concept with layers of meaning relevant to Indian culture and history. Perhaps that is the way to sell it, though I feel the cultural narrative should focus on all handmade Indian fabrics. I don’t think it’s a competition of one weave or fabric versus another. Khadi has come a long way and efforts are being made to refine it and make it relevant in a modern world — through khadi denims and variants that are as soft as mulmul. However, India has such a rich history of textiles and craftsmanship, and there’s enough space for all of them to thrive.

Patriotic move: We are the flag bearers of slow, sustainable fashion; of respecting our traditions and re-imagining them in a modern context. In that light, the sari would be the perfect pick — not to promote patriotism, but as a garment that speaks of our tradition, culture and heritage and yet is so relevant in the modern day. 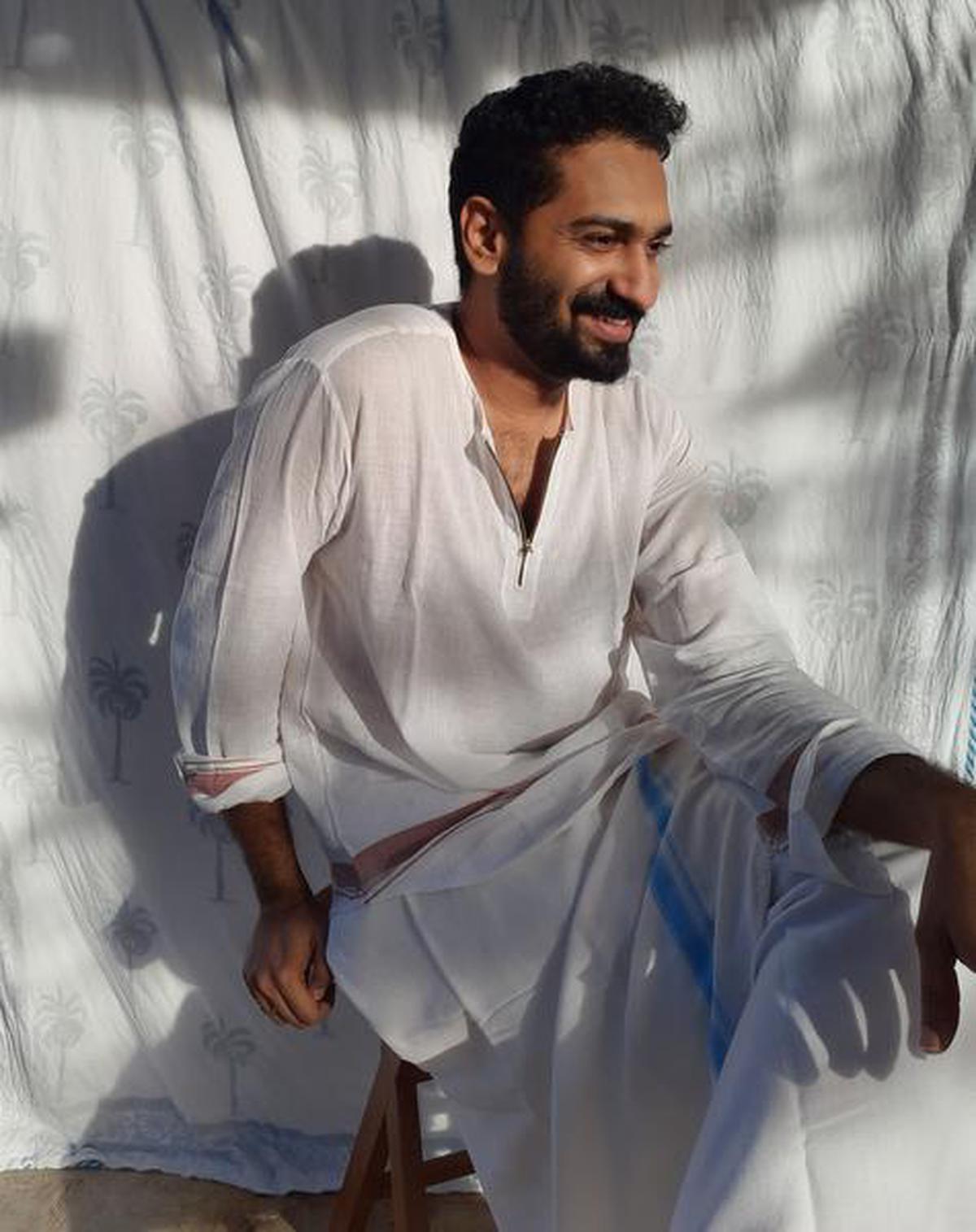 Khadi has a lot to do with memory. Just because we remember it from our textbooks as one of the most lauded examples of what Mahatma Gandhi did, we shouldn’t limit him to it. He was trying to do a lot more — he was trying to say we must go back to our villages.

Khadi, today, has moved away from its purpose to just its aesthetic. So, it’s important to dig deeper into why it has become a metaphor for patriotism. Our weaving tradition changes every few hundred kilometres — each one rich and intrinsic to that place. If you lose one, it’s like losing a species. If everyone supports local, it will nurture a huge amount of skills. And anything that empowers our people is patriotic; khadi is one of them. We’ve all grown up with the idea that khadi is directly related to being patriotic; that’s conditioning. A more relevant way of thinking would be to choose made in India and made locally. Khadi, then, would be one of the many options.

Sharing the spotlight: We have so many crafts and weaves that need attention. I am drawn to kalamkari, and have been working on how it can be used as a contemporary textile. Every time I’ve worn something from our menswear line — be it a bandhgala, bundi, trousers, or shirt — it’s been noticed for how the fabric has been used in a contemporary manner. But we need a lot more R&D into how it can be made more fashion friendly. Make it ‘contourable’, for example.

More visibility: Ikat has such a strong aesthetic, and the possibility of creating dimensions with its colours and weaves. And kajeevaram, it has the chaapa that it is a sari. But it is also one of the strongest weaves in silk [because of its tight construction], and has incorporated culture into the textile! 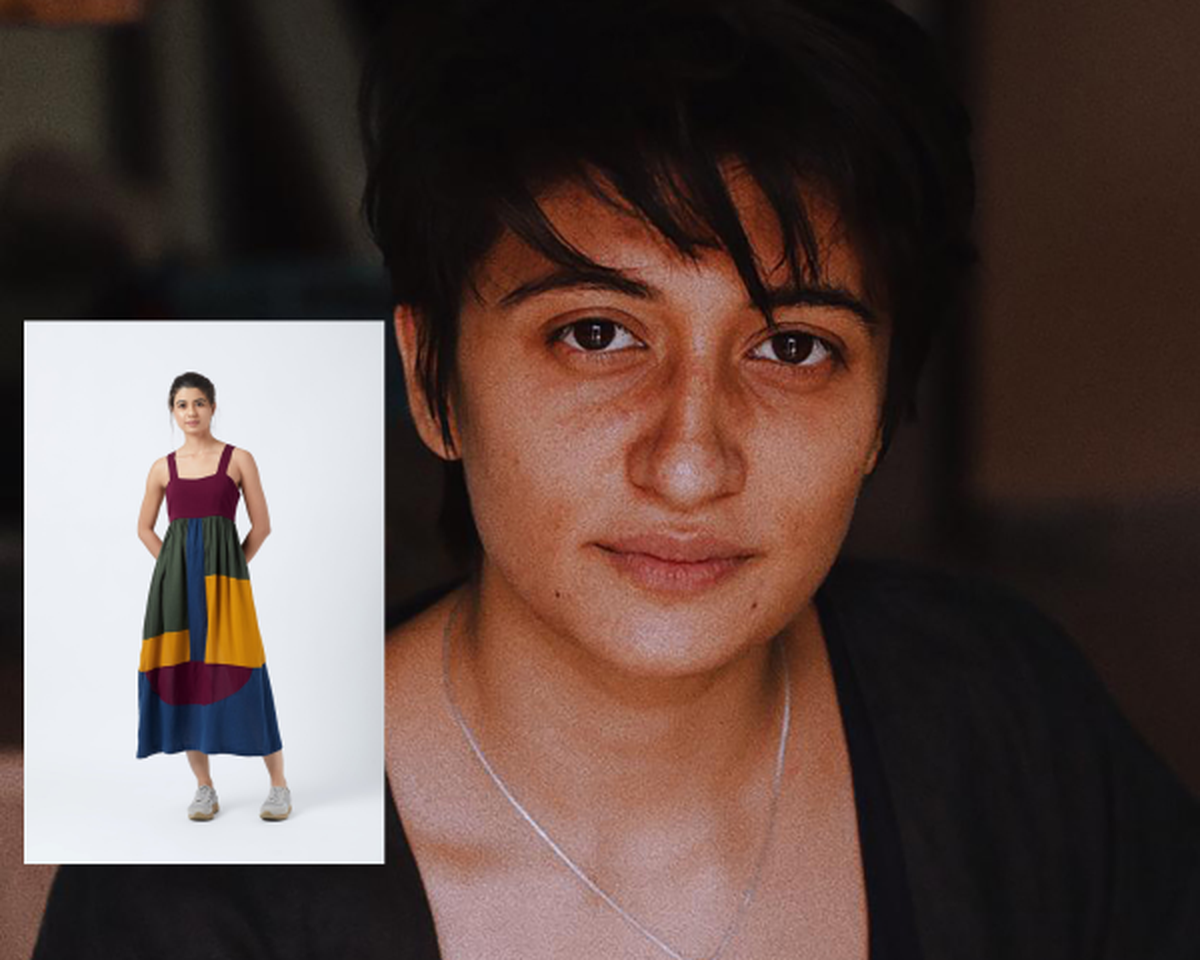 Khadi has been a symbol of self empowerment for India and its communities for decades. We are working with livelihood programmes — such as Khaloom in Bengaluru — to create recycled fabrics in handloom. The need of the hour is to promote the use of what already exists to reduce the impact on our natural resources. We need to popularise recycled yarns made from factory or post consumer waste to help India lead the way for sustainable fashion around the world.

Promoting khadi: Khadi cotton is a great material for Indian summers and khadi silk works beautifully when you want to dress it up. It is just about making the product more accessible to a larger audience in the styles they find easy to wear. 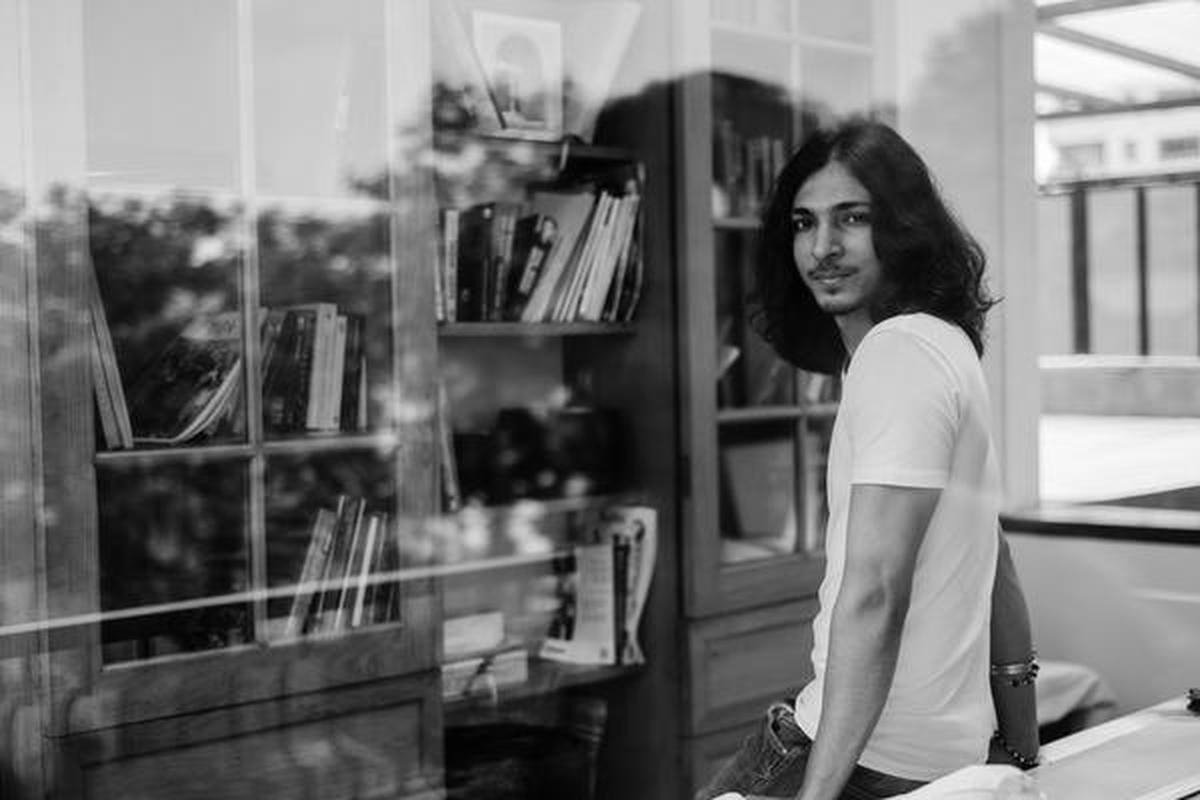 Everyone has their own way of being patriotic. Being proud of what is produced in India and taking elements of that to international platforms is just one of the ways in which I feel proud of my country. If I had to pick a weave it would be khadi [after all, Gandhi started it to promote a self-reliant India]. But fabrics from Assam and Bengal such as muga silk, Baluchari saris, etc, are other fabrics and weaves that require more visibility.

Advantage khadi: The younger generation is more conscious about what they consume and how it impacts the world. The fact that khadi has zero carbon footprint and requires so much less water as compared to mill-produced fabric is something they need to be made aware of.