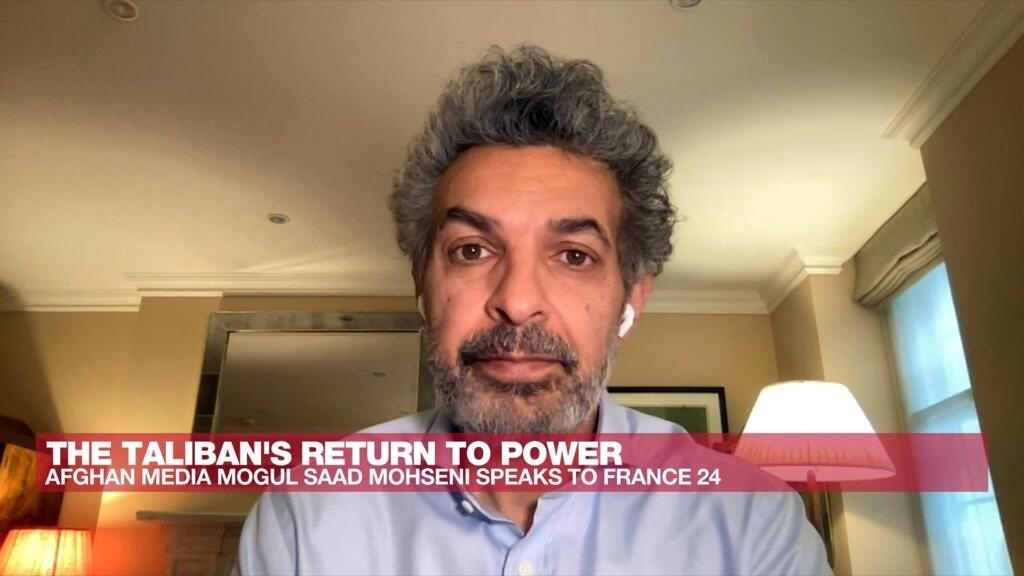 FRANCE 24 spoke to Saad Mohseni, the chairman and chief executive of the Moby Group, a conglomerate which owns several media outlets in Afghanistan. He believes the world should “engage with the Taliban”, saying “there’s an opportunity for them to moderate their policies”. Mohseni noted that to his surprise, Afghanistan’s new masters have so far let Moby Group’s journalists carry on working.

Saad Mohseni is the chairman and chief executive of the Moby Group, a conglomerate which owns media several outlets in Afghanistan, including TOLOnews, Afghanistan’s leading TV channel. In an interview with FRANCE 24, he said he was stunned by the Taliban‘s takeover of Kabul on August 15. Mohseni blamed both ousted Afghan president Ashraf Ghani and the US for the outcome, stressing that they had both undercut the Afghan security forces.

The businessman said he had decided to keep his media outlets running and added that despite some tensions, his journalists have been able to do their work. Our guest vowed to continue operating until “red lines” are crossed by the Taliban. He did not specify these, but noted that women were for now allowed to continue hosting shows and to report on the ground.

However, Mohseni raised concerns about several instances of violence against other journalists in Afghanistan, pointing out that there seemed to be a lack of proper control by the Taliban over their fighters. He also said there was no choice but to “engage” with the Taliban in order to address the humanitarian, political and – most importantly – economic crisis engulfing the country.