GM Wesley So joined the leaders by handing GM Dariusz Swiercz his second loss with the white pieces. The rest of the games were drawn, as the contestants are gathering their strength. GMs Fabiano Caruana, Maxime Vachier-Lagrave, Leinier Dominguez, and So are leading with 1.5/2. 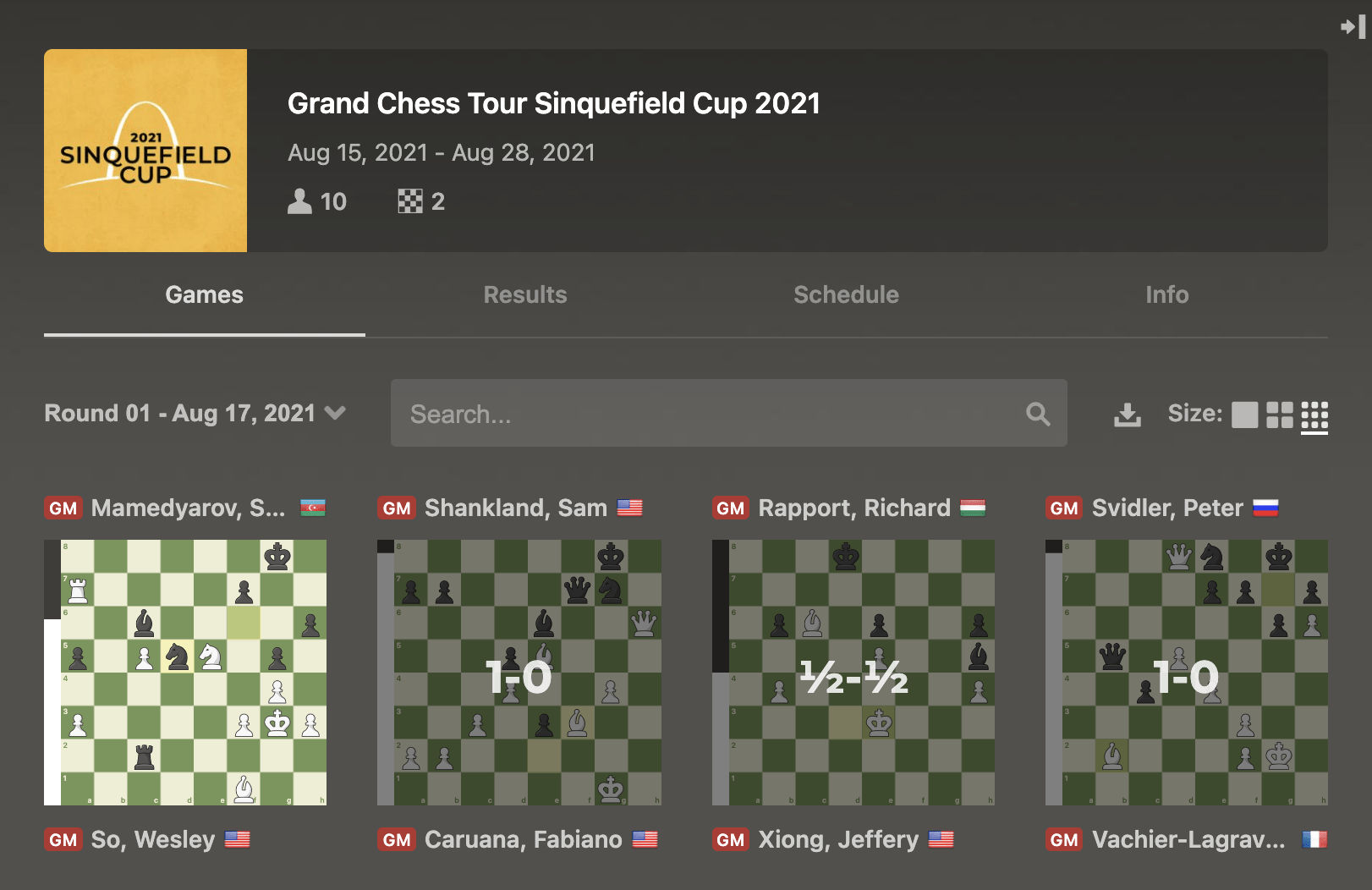 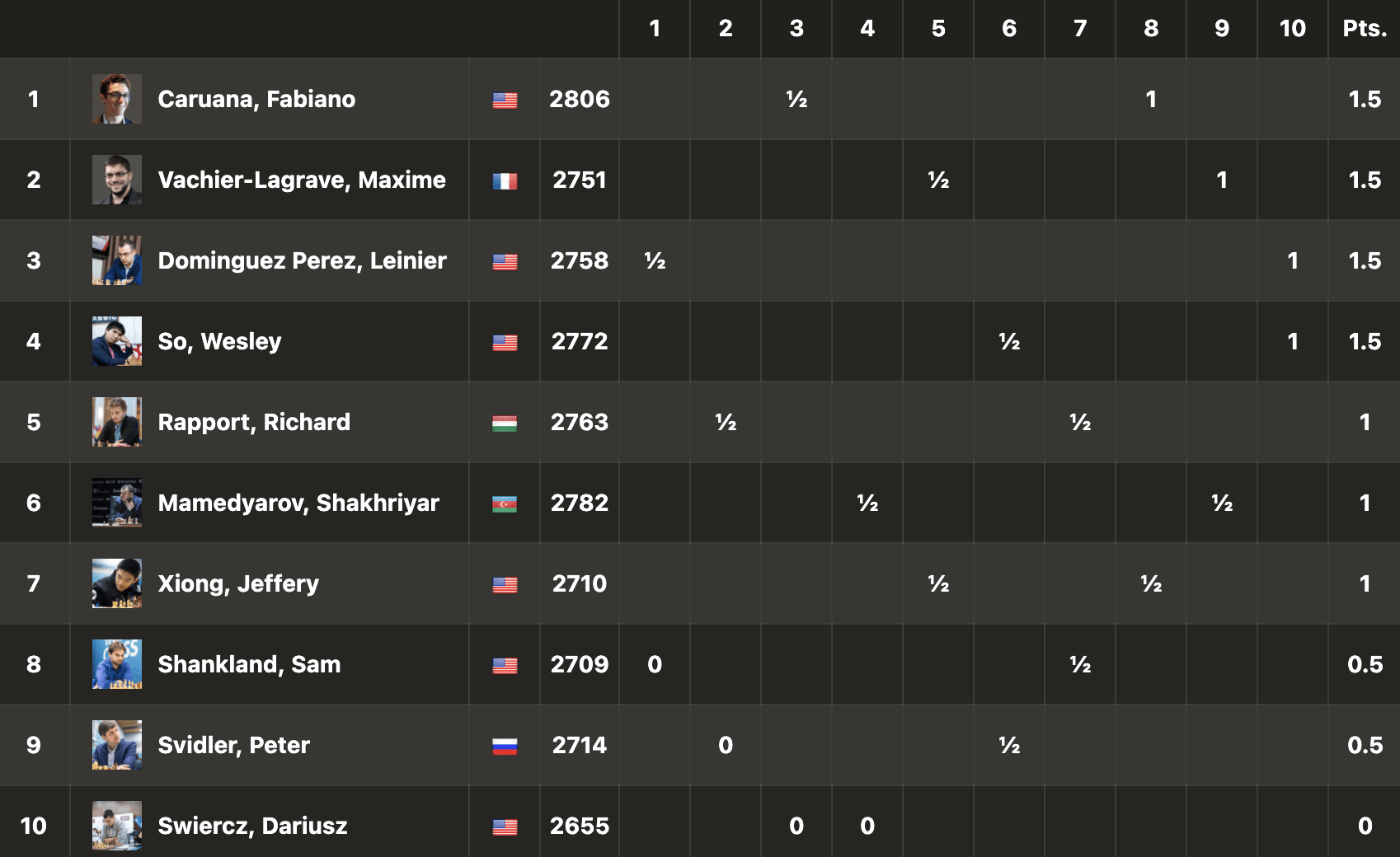 Wesley So didn’t win yesterday, but he made up for it today by defeating Swiercz on the black side of the Berlin Defense. I admire the opening choice because a draw would have cost Wesley three rating points, yet he played what he likes and knows best. A long time ago the great champion Alexander Alekhine said that a true master is never afraid of simplifications because he believes in his ability to win. Case in point to follow:

One could not have foreseen a more disastrous script written for Swiercz’s maiden appearance in elite tournaments. Two losses with White, both caused by unnecessary drifting into time trouble. A total lack of confidence is to blame. Like many of his GM colleagues, Dariusz has been kept away from the chessboard, as the wave of cancellations swept over the chess world. The top guys have had their chances to stay sharp during the pandemic, but the second-tier players—not so much.

When a young player, such as Swiercz, spends his time demonstrating computer moves on a Smart TV chessboard instead of playing and studying, he is not doing his chess any favors. There is enough time for Dariusz to right his ship, he just needs a draw or two to stop the bleeding.

Is GM Richard Rapport playing it smart? Today he played a tight, controlled game with Vachier-Lagrave—a game that never entered the realm of tactics.

I think the experience Richard had last week in the Saint Louis Rapid and Blitz made him a bit more careful with his approach to handling the white pieces. Rapport is the master of counterattack, so it makes sense for him to wait for his chances. Vachier-Lagrave is an experienced tournament warrior, and he knows better than to take too much risk early.

I have had a long day today, so I figure I will leave the longest game, GM Sam Shankland versus GM Jeffery Xiong, for GM Dejan Bojkov to analyze. I actually had some high hopes for this game, when Sam surprisingly castled queenside in the Maroczy Bind, but soon the queens were traded and I switched my attention over to other games. 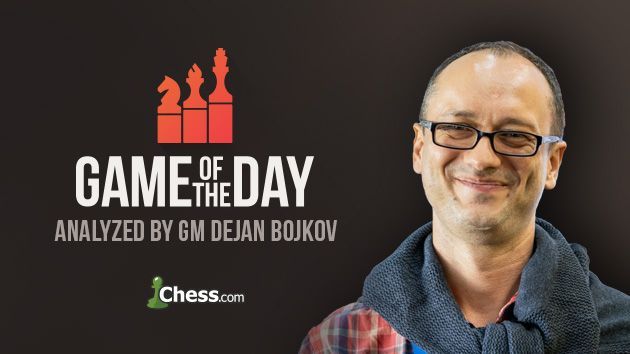 The one to watch closely was between two of the leaders, the American GMs Dominguez and Caruana. The latter uncorked another one of his novelties, blowing up the center against Leinier’s solid Giocco Piano. The outcome was a bit less than expected, as Fabiano had to fight for a draw in a pawn-down middlegame.

Dominguez has to regret missing clear chances to make Caruana’s life more difficult. Yet, both players retained their position among the leaders.

After losing yesterday GM Peter Svidler was expected to make a push against GM Shakhriyar Mamedyarov, but the game took a different turn early, as Peter’s opening preparation had a glitch.

Despite a bad opening, Svidler’s professional handling of a pawn-down endgame deserves a lot of praise. Part of being a super-GM is the technical ability and the steady nerve required to save draws in games such as this.

There will be better days at the Sinquefield Cup than today’s rather low-key Round 2. We just need to be patient, and so do the players.

The 2021 Sinquefield Cup tournament is the last stop of the 2021 Grand Chess Tour. Games started on August 17 with 10 of the best chess players in the world competing for a piece of the $325,000 prize fund.

Wesley So Wins 2021 US Chess Championship

US Championships: Sevian, Caruana and So go to playoffs