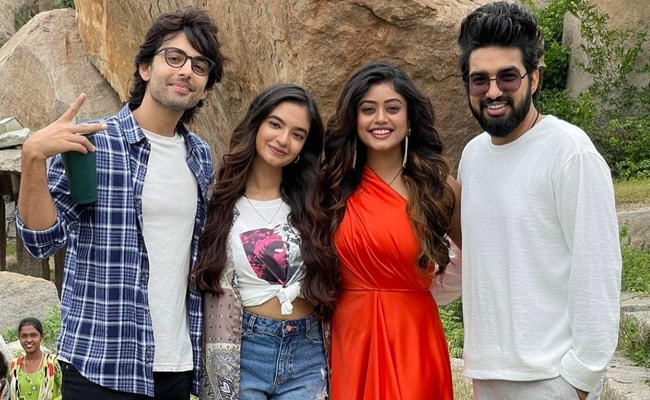 Music composers and singers, Sachet and Parampara Tandon, are all set to bring you a melodious love song Chura Liya presented by Bhushan Kumar’s T-Series.

Shot at some scenic locations in Goa and Hampi, the music video of the song, directed by Ashish Panda, promises to be poetry in motion. However, filming it was no easy feat for the cast and crew.

It so happened that while shooting in Hampi, the UNESCO World Heritage site, actor Anushka Sen and singer Parampara Tandon almost fell into the lake but luckily met with no injuries.

While filming on the famous Tungabhadra Lake in traditional basket floaters, Anushka who was shooting with Himansh Kohli and Parampara who was also filming with Sachet Tandon lost their balance but thanks to their co-star’s presence of mind were saved from falling into the lake.

Says Anushka Sen, “This was such a memorable shoot and thanks to Himansh, I was saved from actually falling out of the basket boat. Luckily, everything went well and the music video has turned out beautiful.”

Adds Parampara Tandon, “Balancing ourselves on the basket bowl boats was not very easy. Thankfully, Sachet has great reflexes and caught me just in time.”