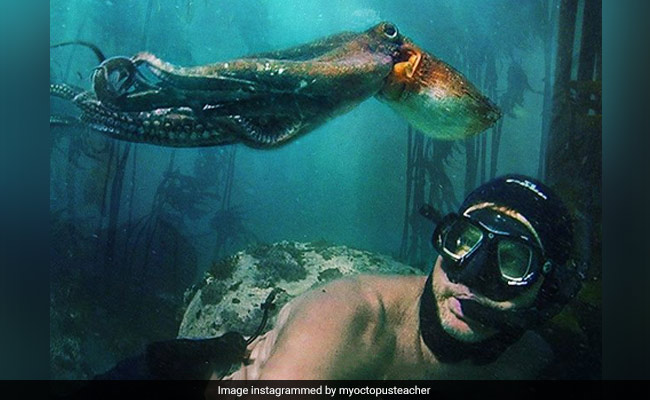 Oscars 2021: A still from My Octopus Teacher. (courtesy oscars.org)

The 2020 Netflix original film My Octopus Teacher bagged an Oscar for Best Documentary Feature. The film has been directed by Pippa Ehrlich and James Reed and it documents a year spent by filmmaker Craig Foster forging a relationship with a wild common octopus in a South African kelp forest. The movie also bagged the award for Best Documentary at the British Academy Film Awards. Also in the ceremony, Sound Of Metal won an Oscar in the ”Best Sound” category. British actor Daniel Kaluuya took home the Oscar for Best Actor in a Supporting Role, for his performance in the Judas And Black Messiah.

Christopher Hampton and Florian Zeller took home an Oscar in the category of Adapted Screenplay for their work in the Anthony Hopkins-starrer The Father. Emerald Fennell also won an Oscar for Original Screenplay for the comedy thriller film Promising Young Woman.

Denmark’s Another Round won an Oscar for ”Best International Feature Film”. Chloe Zhao took home the Oscar for best direction for Nomadland, becoming the first person of colour to bag this award. She is only the second woman in the history of the Academy Awards to win this particular laurel.

Mank leads the nominations this year after being nominated for 10 accolades while The Father, Judas And The Black Messiah, Minari, Nomadland, Sound Of Metal and The Trial Of Chicago 7 have been nominated in six categories.