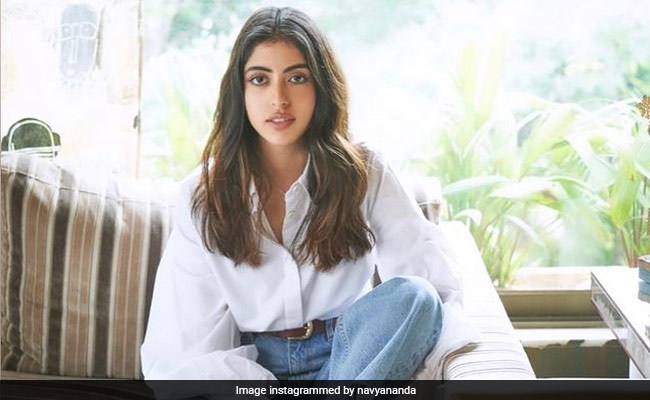 Amitabh Bachchan’s granddaughter Navya Naveli Nanda has many talents, one of which is her ability create magic on the piano. On Wednesday evening, Navya Naveli felt like recording a video of her piano playing session and sharing it with her Instagram family. For a soulful evening of piano session, Navya picked a tune by Italian pianist Ludovico Einaudi: “Ludovico after a long time,” she captioned the almost two-minute long video. Needless to say, Navya’s Instagram post was loved by her followers, who cheered for her in the comments section. An adorable comment arrived from Navya Naveli Nanda’s aunt Naina Bachchan, who wrote: “Playing so well, Nav.” Responding to the comment, Navya wrote: “Love you!”

Naina Bachchan is Shweta and Abhishek Bachchan’s cousin – she is the daughter of Amitabh Bachchan’s brother Ajitabh. 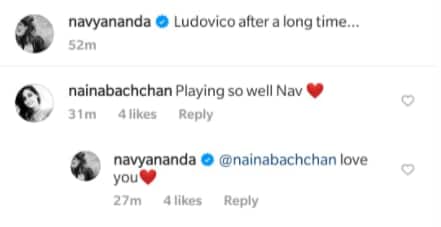 Earlier this month, Navya impressed the Internet with yet another video from her piano session. Navya’s friends, including Suhana Khan, couldn’t stop cheering for her.

Navya had also shared this guessing game on Instagram along with a video of her playing the piano. “10 points for guessing the song,” she had written. Most of her followers got it right – she played the theme music of Downtown Abbey.

In terms of work, Navya Naveli Nanda is the founder of Aara Health and she also recently launched yet another initiative called Aara Wellness. After starting Aara Health, Navya has also launched her new venture -Project Naveli – which aims to empower women by addressing the issue of gender inequality in India. She even modelled for her mother Shweta Bachchan Nanda’s designer label in collaboration with designer Monisha Jaising in the year 2018. Navya passed out from New York’s Fordham University last year, ahead of which she went to Sevenoaks School, London with Shah Rukh Khan’s son Aaryan.

In boost for Indian IT, US to conduct rare 2nd lottery for H-1B applicants