In the seventh round of the Norway Chess Tournament, the spectators saw a matchday with three decisive games in classical chess for the first time — and no Armageddon tiebreakers.

Sole leader Richard Rapport defended his lead with a win over Sergey Karjakin. An unfavourably placed rook forced Karjakin to give up a pawn. The following minor piece endgame was lost, but Rapport briefly let Karjakin off the hook.

This DVD allows you to learn from the example of one of the best players in the history of chess and from the explanations of the authors (Pelletier, Marin, Müller and Reeh) how to successfully organise your games strategically, consequently how to keep y

28…e5 Black pulls the emergency brake and has to give up a pawn. 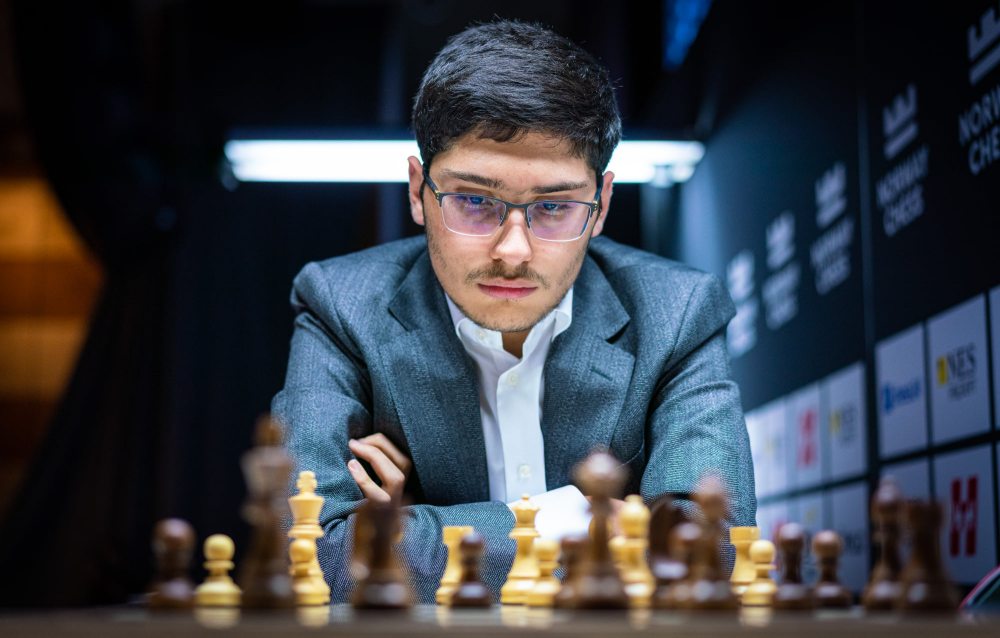 On the second board, Alireza Firouzja played against Ian Nepomniachtchi. Some believe that Firouzja has what it takes to become a world champion. The Frenchman leads the U20 world ranking by a wide margin, has risen like a rocket to the top of the world and can beat anyone in the elite. To become world champion, however, he needs a few more qualities. Ian Nepomniachtchi has earned the right to challenge the champion. In round seven, however, Firouzja indicated with a victory over Nepomniachtchi that he might also perhaps make a good impression in a World Championship match against Carlsen.

Out of an Italian game, Nepomniachtchi had a weak pawn on e5. When it left the board, the way was clear for its white counterpart.

White has reached the ending with an extra pawn. The passed pawn on the e-file decides the game. 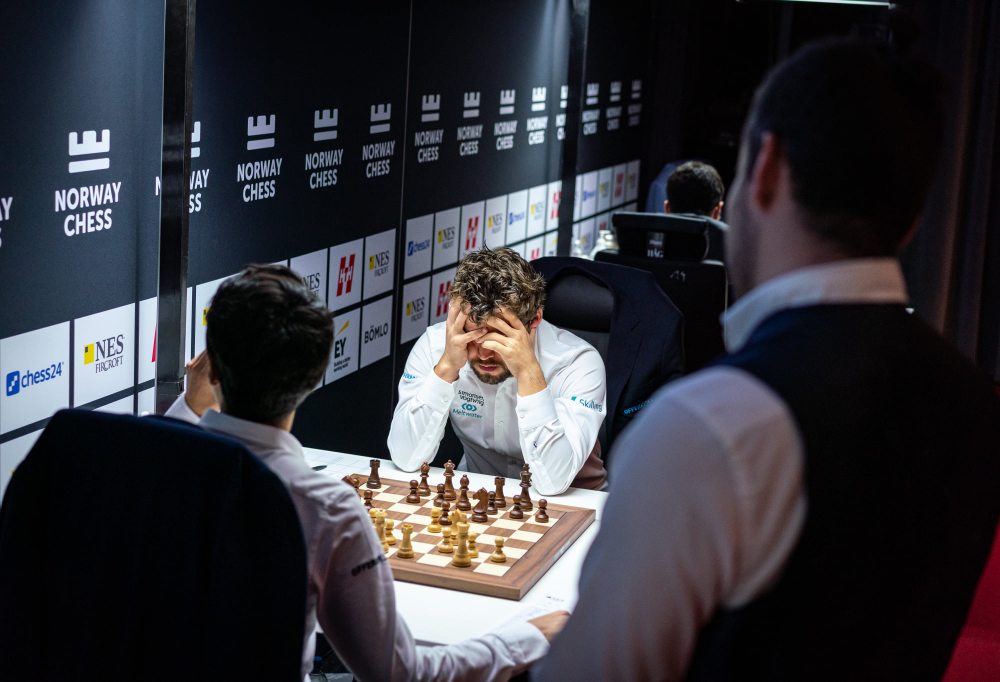 In round 7, Magnus Carlsen met his compatriot Aryan Tari for the second time, now with the black pieces. In a Grünfeld endgame, the world champion easily outplayed his colleague.

The Gruenfeld Defence is a popular opening for fighting players. Bobby Fischer and Garry Kasparov liked to play it, Peter Svidler, Maxime Vachier-Lagrave and Anish Giri like to play. On this DVD Lubomir Ftacnik shows why the Gruenfeld is such an attractive and strong opening.

The position originates from the Spanish Game, but actually it resembles a Grünfeld endgame, with Black’s pawn majority on the queenside. White has a passed pawn on the d-file. The chances are equal, but Black outplayed his opponent in the endgame.

Black has made some progress in the last moves, White has not.