The mayhem is back, and so is the joy. After a long pandemic pause, musicians are touring again. As artistes reconnect with fans, we explore the relief and anxiety mingled in this homecoming

While some bands have locked in on multi-city tours — like Mumbai-based Seedhe Maut’s eight-city calendar from Jaipur to Bengaluru and back North to Chandigarh — others are out on a mix of public, private and corporate gigs.

Bengaluru-based Swarathma, for instance, is punctuating its Dus Minute Aur album tour at Delhi’s Mic Drop and Bengaluru’s Fandom At Gilly’s Redefined, with some corporate shows and even podcast guest sessions. Then there are those long-awaited album launches: Chennai’s The F16s launched Is it time to eat the rich yet? to a roaring Delhi crowd at Mic Drop, where a fan let frontman Josh Fernandes clean-shave his head with a razor on stage. The mayhem is back, and so is the joy.

“The absolute famine of shows due to the pandemic made me realise how much I’ve missed and belonged on a stage, so taking shows for granted is — for many artists I would believe — a thing of the past,” says Josh. “My intensity and exhilaration only function at peak levels at shows, and man it feels good to play again.” It wasn’t just a matter of sitting back and waiting for things to normalise. Sameer Sethi, co-founder of Chennai-based music platform Circle of Love, compares the revival process with getting used to standing on your feet after nearly two years of being chair-bound. Though the Circle of Love Festival two weeks ago had an impressive lineup of Chennai musicians, a couple of artistes were flown in from Mumbai, such as Ambika Nayak aka Kayan.

“There was anxiety, and then some,” he lists out, “Firstly, everyone now thinks twice before travelling, they will only fly out if it’s important. Secondly, artistes have to land at least a day in advance, and they must be given a day before take-off to figure out RT-PCR tests and other formalities. Keeping artistes in town for more than a day automatically makes the whole process more expensive. Thirdly, setup at the venue takes more time because there are more precautions. You can’t expect a crowd in a bar to physically distance while there’s music playing, so we have to at least make sure that everyone who enters has double vaccination.”

In essence, as Sameer says, the “wanderlust”-ridden days when a musician could pack up and hop from town to town at a moment’s notice no longer exist.

For Swarathma, the process is somewhat easier because the band handles its own travel and logistics. Bassist Jishnu Dasgupta, who doubles up as Swarathma’s manager, admits that the recent Delhi show brought back some of the adrenaline of the old flight-hopping, city-hopping days.

“There are a couple of new songs that we had never gotten to play before an audience, like ‘Mushkil mein jeena’ and ‘Dus minute aur’. The second one is a naturally live song, and we had been waiting to play it,” observes Jishnu. The live feedback was a joy to experience, and also a lesson. 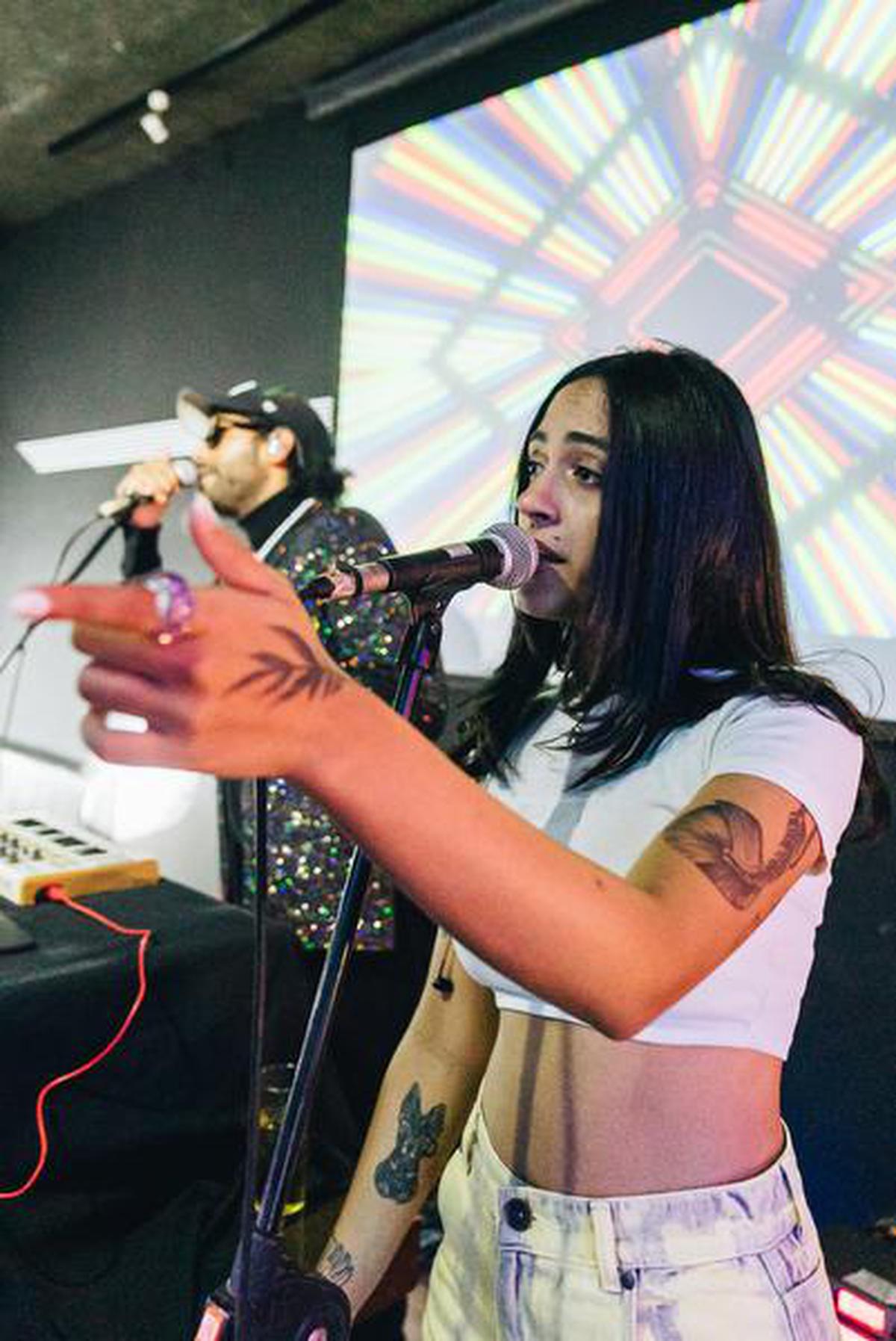 Kayan and Jbabe at the Circle Of Love Fest in Radio Room, Chennai in October 2021

Frontman Vasu Dixit explains, “We didn’t know where they would fall in a set list; which song they would flow after, among the 13 to 15 that we play in a 90-minute set. ‘Dus minute aur’ is high-energy; in a private show, we had put it after one of our old fast songs: ‘Raah-e-Fakira’. We realised while playing that it felt like a drop in energy; it should have come before, not after. These are things we can only figure out after playing a couple of shows.”

Another surprising discovery for the band, was its fan base. Instagram lives and lockdown streaming data show that not only do they have ardent fans in unexpected cities — like Kolkata — but also that the fans are younger than before. “So we have to reinvent the way we plan tours,” says Jishnu, “Our biggest fan demographic now is 18 to 24; we have to remember that we are not just a band that began playing decades ago. We are also, like any musician, being discovered by someone new every day.”

However, their old fan Twesha Ghosh, is eagerly waiting for their return to hometown Bengaluru this month. “Swarathma has an honesty to its music, a mitti ki khusbhoo” (scent of the Earth) vibe. And the combined energy of a gig is so awesome, where you draw excitement from the musicians as well as people around you. I enjoy music more that way, than listening alone.”

For Chennai’s Srikanth Natarajan, it was about more than just witnessing artistes they had not seen in a long time. Optikal Asylum, held at Mount Road Social in October, featured not only visual artists but also DJs like Anuskha James from Delhi and Parimal Shais from Kochi, and provided Srikanth with a much-missed sense of normalcy. “I’m one of those people who needs live music, I had gone into a slump in their absence,” he says.

Srikanth, popular for dcoumenting and supports the city’s indie scene through his Instagram page @theChennaiscene, adds, “The feeling of connecting with an artist while they perform live is just something else. Plus, there are other people — audience members — whom you only meet at such gigs, and socialise with based just on that shared interest or a shared love for that one musician. It was good to reconnect.”