The next generation of chess royalty

A week or so ago, in Westminster Abbey, Queen Elizabeth II was seen in public for the first time ever with a walking stick. It was an iconic moment though hardly surprising, since with a reign which began in 1953 she’s recently widowed and 95.

Chess kings and queens have much shorter reigns than real monarchs — years or decades at the very most. The current women’s world champion is Ju Wenjun. She became champion in 2018 after winning a ten-game match against her compatriot Tan Zhongyi, remained champion after winning a knockout in Khanty-Mansiysk later that year and most recently defended her title against Aleksandra Goryachkina in 2020, in a twelve-game match divided between Shanghai and Vladivostok which went to playoffs.

Starting out in chess is difficult, and this DVD aims to reduce that stress. Designed for beginner levels in openings, a brief introduction to the reasons we play some of the most common moves in popular openings like the Spanish and Sicilian is given.

Ju Wenjun is one of the world’s strongest women players, but very far from dominant, with a rating of 2560 which puts her fourth in this month’s rating list behind Hou Yifan, Goryachkina and Humpy Koneru.

Of course, Judit Polgar was stronger than any of them in her prime, and Hou Yifan is almost retired, but it will be fascinating to see how strong Groyachkina becomes. Still just 23, she has just had her debut in the Russian Superfinal and was actually first equal after beating Alexander Motylev in round 2. She then lost to Kirill Alekseenko, but as I write on Thrusday  October 14, she has stabilized matters with a series of draws — some from very decent positions. 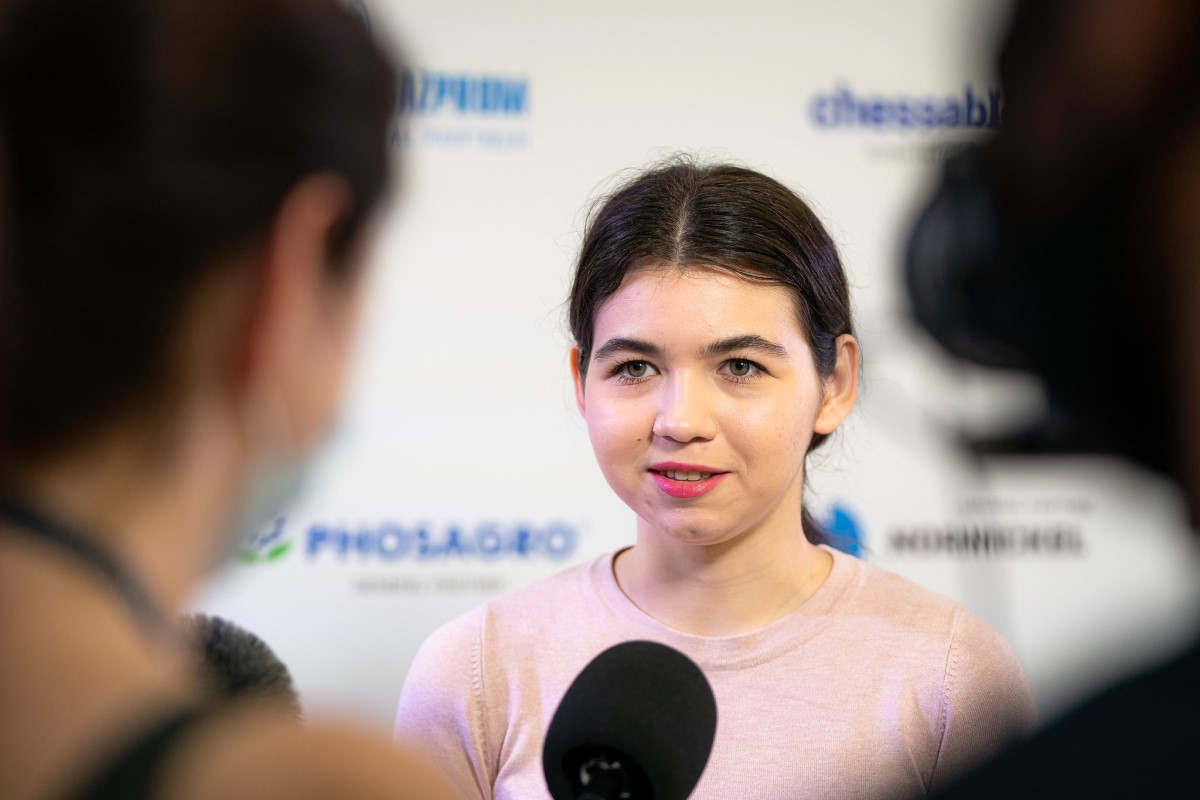 This approach — proving to yourself that you can survive at the new level and so belong — reminds me somewhat of my first Hastings tournament in 1977-8 when I won one, lost to the tournament winner Roman Dzindzichashvili and drew 13. I was 21 and apparently still rated under 2400 (2395). A couple of years older, Goryachkina is just over 2600 and rising.

Magnus Carlsen is of course the current king of chess. He’ll probably remain so after the match with Ian Nepomniachtchi in Dubai starting late next month, but Nepo surely has all of Russia behind him and a very decent personal score against Magnus to boot — so I certainly wouldn’t put it at more than 60-40.

If Carlsen does retain his title it will increasingly be up to the next generation to supplant him. Looking at FIDE’s October junior list, which (I believe) is for players who are 20 and younger, there are two in the 2700s — Alireza Firouzja and Andrey Esipenko — and a further 16 in the 2600s, the top two of whom, Nihal Sarin and Nodirbek Abdussatorov, were born in 2004, while after Bogdan-Daniel Deac the sixth on the list, Dommaraju Gukesh, was born in 2006 and only recently fifteen.

These are terrifying (uber)sprogs. Firouzja is already the world number nine, and at least one of the others will surely make the appreciable step up to become absolutely world-class. 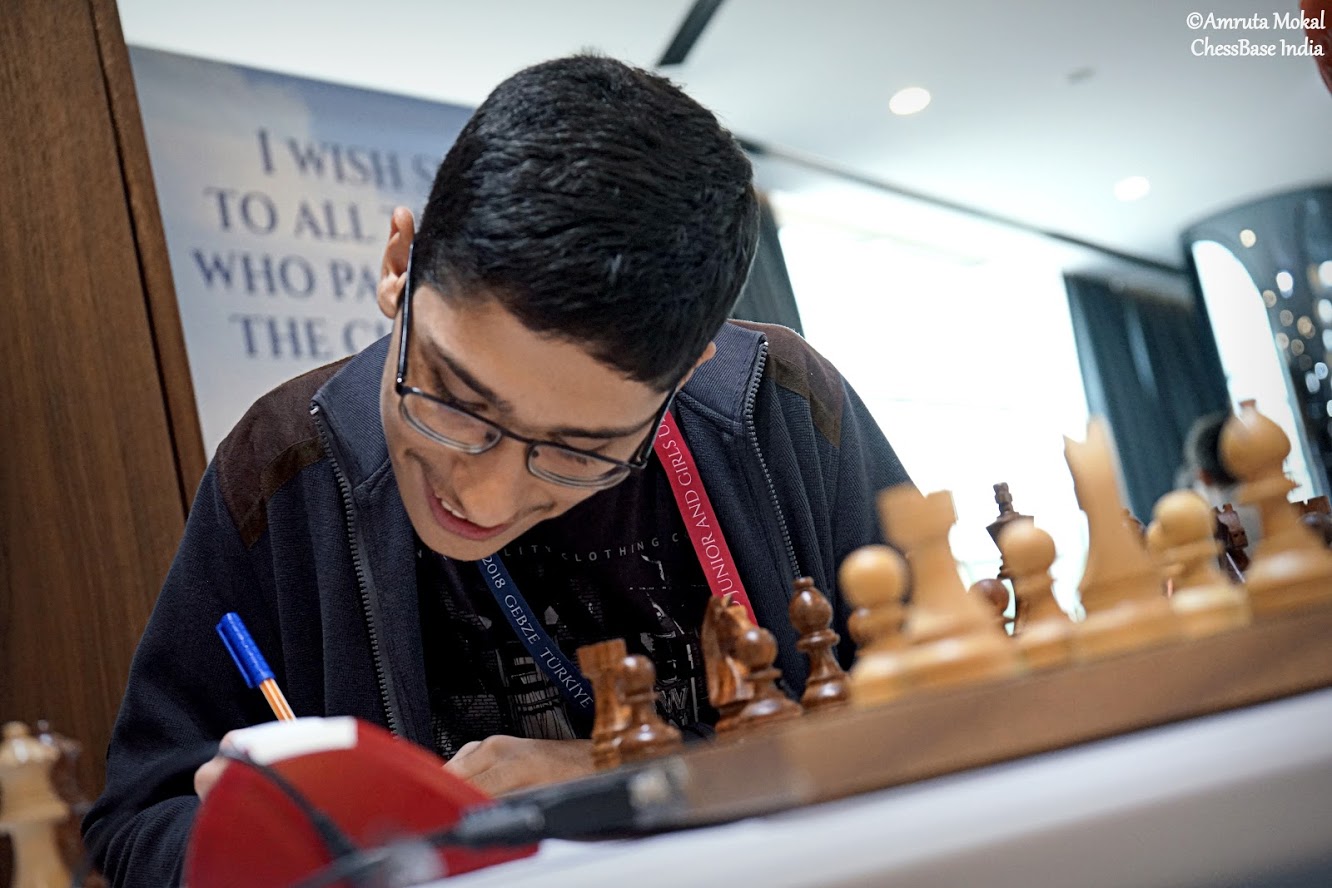 Last time, I suggested that I’d look at some of their games. The interesting thing with young players — all players for that matter — is not only how well they can play at their peak, which gives some indication of where they could rise to: but also, and no less important, their ambient level. Of course there haven’t been many proper tournaments during Covid, so the younger ones haven’t had that much chance to demonstrate improvement, but there were still plenty of interesting examples to choose from.

I’ve gone for a couple by Esipenko and one by Nihal. The first is extremely well known, of course, because Esipenko beat Magnus Carlsen. The second shows more of an ambient level as he fought with Goryachkina in the Russian Championship, and she nearly got the better of him. Looking at Nihal’s games, he has a lot of losses against 2700-plus players because he was so young. Among the wins, I found  a nice rapidplay game against a former world junior champion.

Select an entry from the list to switch between games