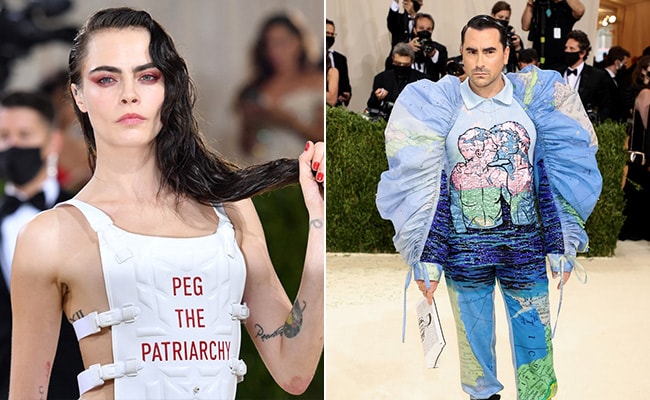 Amid the billowing silhouettes and constant shutterbugs, a few celebrities decided to channel the voice of fashion at what can be called haute world’s biggest night – the Met Gala. US Representative Alexandria Ocasio-Cortez put everything into perspective when she wrote in an Instagram post: “The medium is the message.” In her case, the medium was her outfit and the message was “Tax the rich.” Among other milestone outfits, there was a piece worn by Schitts Creek star Dan Levy, that “celebrates the resilience” of the LGBTQ+ community. This year’s theme for the annual fashion gala is “In America: A Lexicon of Fashion” and every star had a different interpretation. Here are some of the strong messages that stars put forth on the Met Gala red carpet this year.

On the first go, we would probably describe Schitts Creek star Dan Levy’s debut Met Gala appearance as aesthetic. However, there is more to his outfit than what meets the eye. The comedian, writer, and director wore a custom piece designed by Loewe’s Jonathan Anderson that “celebrates the resilience” of the LGBTQ+ community. In his post, Dan Levy explained that “Jonathan and the design team built upon an image of two men kissing from Wojnarovicz’s work.” He signed off with these words: “Tonight, we’re celebrating the resilience, the love, and the joy of the community while honoring a crucial American voice that was taken from us too soon.” Alexandria Ocasio-Cortez, a US Representative for New York, made her first-ever Met Gala appearance this year. Her outfit, on the first glance, seemed an ordinary ensemble. The message printed on the back, however, told a different story altogether. “TAX THE RICH,” read the message printed in bold red letters. Her off shoulder dress was designed by Brother Vellies. Her handbag had the same message as her gown. She shared the picture of her outfit and the designer and an excerpt from her Instagram post read, “The time is now for childcare, healthcare, and climate action for all. Tax the Rich.” 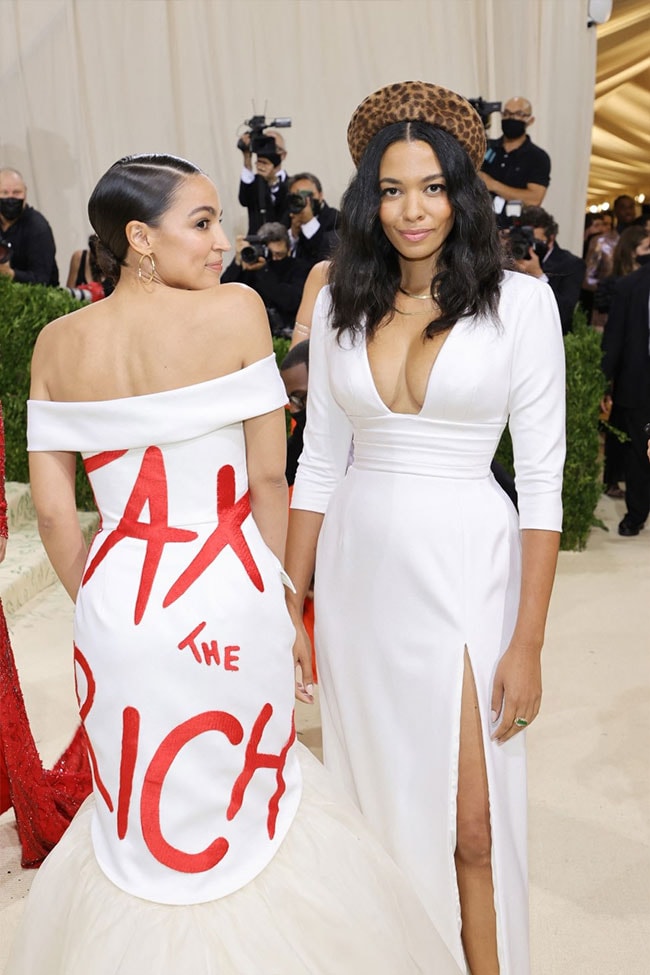 Model, actress and singer Cara Delevingne ditched the red carpet staples and picked a white tank top, which she paired with matching white pants. Her outfit was designed by Dior’s Maria Grazia Chiuri. The highlight of her outfit was the text on it, which read, “Peg the Patriarchy.” 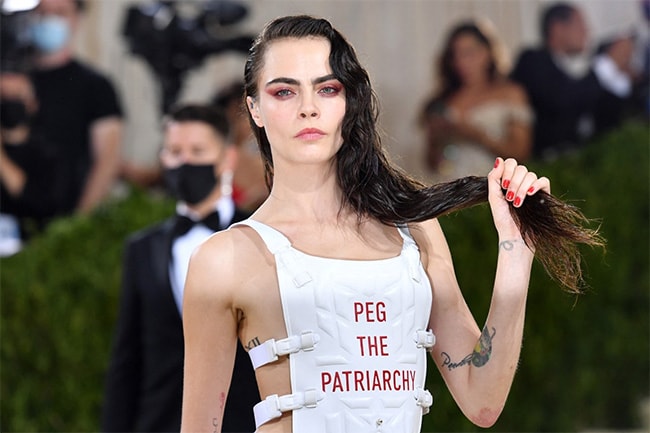 Congresswoman and activist Carolyn B Maloney’s message came loud and clear. She had the text “Equal rights for women” printed all across her ensemble. It was her tribute to the 19th Amendment, passed in 1919, which granted all women in the country the right to vote. She carried a handbag with the slogan “ERA YES” printed on it. In an Instagram post, the 75-year-old politician shared a picture of her Met Gala OTTD and wrote: “Across the country, women’s rights are under attack. I have long used fashion as a force for change. As the Met Costume Institute reopens w/ their inaugural exhibit celebrating American designers, I am calling for the certification of the ERA so women can be equal once and for all.” 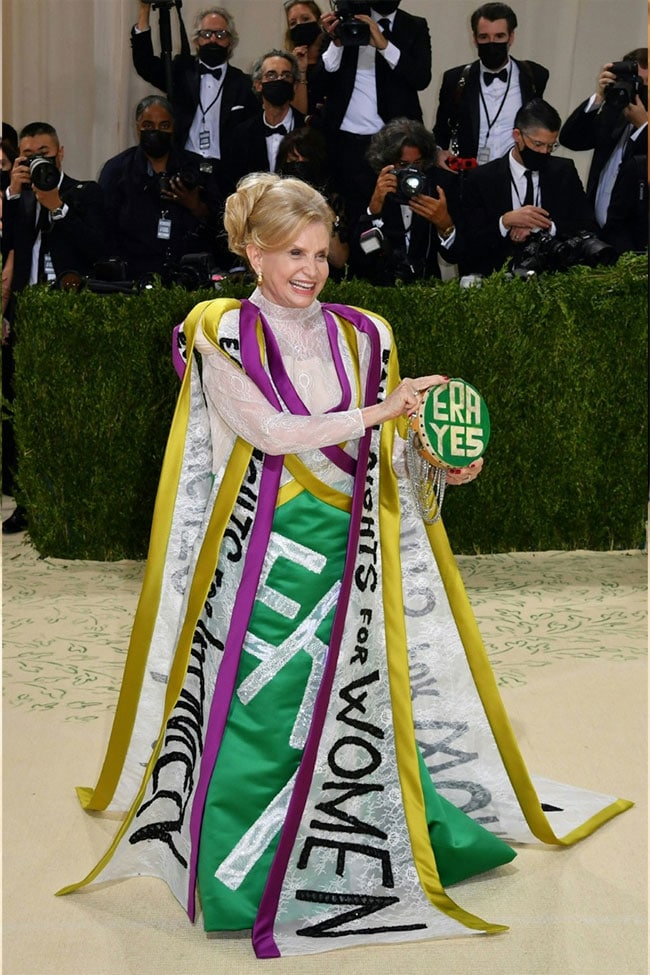 Carolyn B Maloney at the Met Gala. (Image courtesy: AFP)

The Met Gala is usually held in early May every year. However, The 2020 edition was cancelled due to the pandemic. This year too, the ball was postponed to September. This time, the Met Gala will be held in two stages, with a first reception in September 2021 and another on May 2, 2022.

‘It was awkward and surreal’: Tina Desai on shooting for ‘Mumbai Diaries 26/11’

People of determination can now use Android phones with facial expressions

Freshworks’ ‘Day Zero’: It’s All About Loving Your ‘Kudumba’ & Culture

Banks should be more liberal on issues like exchange rates: Goyal

‘We’ve had patients die waiting for a bed’: Vancouver Island doctors frustrated with the unvaccinated