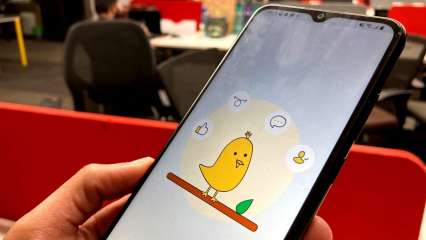 Twitter rival Koo on Tuesday launched a unique feature that will help users speak and type messages without using the keyboard in regional languages, apart from English. The move would enable and empower those users who feel uncomfortable using the keyboard.

Called ‘Talk to Type,’ the feature will help Koo users speak out their thoughts and the words will show up on the screen at the click of a button.

“Anybody who wants to share their thoughts can now do so easily without having to type. They can speak their thoughts out loud and the words will show up magically on the screen. All at the click of a button and without using a keyboard,” the company said in a statement.

“This ‘Talk to Type’ feature is magical and takes creation for regional language creators to the next level. Users don’t have to use the keyboard anymore and type out lengthy thoughts,” said Aprameya Radhakrishna, Co-founder, Koo.

“For those who found it difficult to type in local languages, this feature removes all that pain. We will keep adding value to Indians by enabling the easiest localised forms of expression and present their thoughts to India in a seamless way,” Radhakrishna said in a statement.

“We are first social platform in the world to launch such a feature. You won’t find this on Facebook, Twitter or any other global platform,” informed Mayank Bidawatka, Co-founder, Koo.

Koo, founded by Aprameya Radhakrishna and Mayank Bidawatka, was launched last year to allow users to express themselves and engage on the platform in Indian languages. It supports multiple languages including Hindi, Telugu and Bengali, among others.

It has seen a massive surge in its user base over the past few months after Union ministers and government departments endorsed the homegrown microblogging platform following a spat with Twitter.

Koo has about 60 lakh users on its platform. Twitter, on the other hand, has 1.75 crore users in India.

Miles Beneath Your Feet, Earth’s Inner Core is Growing More on One Side. Here’s Why the Planet Isn’t Tipping