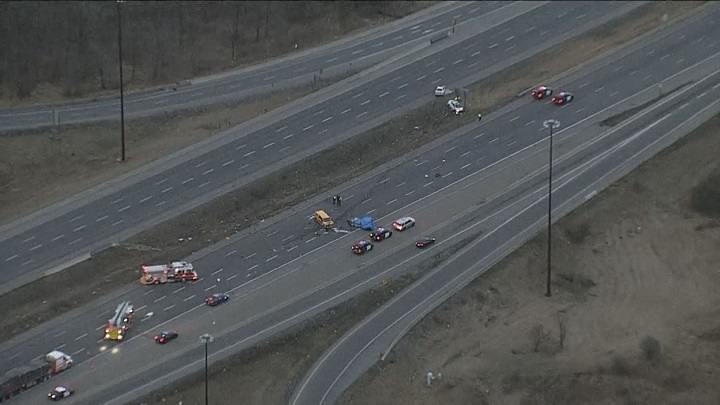 OPP say a woman from Kitchener and another from Owen Sound were the victims of Tuesday’s fatal car crash on the QEW in Burlington.

The driver has been identified by provincial police as Ceara Publuske of Kitchener, while the passenger was identified as Courtney Duguay of Owen Sound.

A fundraiser was launched by a relative of Publuske’s on GoFundme to help her parents with the funeral costs.

There were four vehicles involved in the collision, which occurred just before 6 a.m. on Tuesday.

.@OPP_GTATraffic have closed the QEW eastbound and westbound between Guelph Line and Brant Street in Burlington for a serious multi vehicle collision. Two people reported without vitals. Multiple resources from @BurlingtonFire, @HaltonMedics207 and @OPP_HSD on scene #BurlON pic.twitter.com/TpLLaLEH4O

He said the two women were in a Mitsubishi car headed westbound along the QEW when for “unknown reasons” it crossed the centre median and collided with an Acura head-on in the eastbound lanes.

It then made contact with a Ford truck, Westhead said.

A Honda then lost control due to the debris and rolled into the ditch but did not crash into any of the other vehicles.