With about a month to go until coronavirus vaccinations start for older people in Japan, local governments are seriously concerned about the lack of information coming from the central government.

Local governments are trying to make preparations to vaccinate people aged 65 or over, but many are complaining that they cannot make plans as they have not received enough information.

The local governments are considering various measures to allow them to vaccinate residents smoothly.

The city of Mutsu, Aomori Prefecture, will use messaging app Line so that residents can book group vaccination appointments.

Under the system on the city’s official account, residents will be able to choose when and where they will receive vaccinations. The city will give people vaccine information, including on side effects, via the app.

The city government of Komatsu, Ishikawa Prefecture, will suspend its annual personnel reshuffle in April to ensure that the vaccine distribution goes ahead smoothly.

The vaccine rollout will be “the most important mission” and will put municipalities to the test, Komatsu Mayor Shinji Wada said.

The central government, however, has not fully established a plan to supply vaccines to local governments for older citizens.

The state initially said that the vaccinations of such people would begin on April 1.

In late February, the start date was delayed to April 12. The government also said the first batch of shipments will contain vaccines for only 50,000 people.

Over the two weeks from April 12, the government is planning to distribute enough vaccines for a total of 500,000 people nationwide.

Although the state plans to drastically increase the number of vaccine doses that will be delivered to local governments from the end of April, it remains unclear how quickly shots will become available for all of the country’s 36 million older people.

Tokyo has the largest number of elderly residents among the 47 prefectures, with around 3.1 million older people living in the capital.

But Tokyo will only be supplied with vaccines for around 22,000 people, or 0.7 % of all its elderly residents, over the period until April 25.

On Thursday, the metropolitan government informed its municipalities that it will hand out coronavirus vaccines starting with areas that have a large number of older residents, including Setagaya Ward and the city of Hachioji.

The information “helped ease local governments’ worries at least slightly about when (the vaccine) is delivered,” a metropolitan government official said.

But “the amount (of the vaccine) is far from enough, and we still don’t know what will happen,” the official added.

The city of Mutsu plans to finish vaccinating all older residents who want to receive shots by the end of June, but that depends on actions from the central government.

“If the state fails to supply the vaccine, the city’s vaccination plan will just end up as an armchair theory,” a Mutsu government official said.

In the Kyushu region, an official at a local government planning a mass vaccination of residents spoke favorably of regulatory reform minister Taro Kono, who is in charge of the coronavirus vaccination program.

“If Kono hadn’t been in charge, we wouldn’t have received as much information,” the official said.

But the official was quick to add: “Our biggest complaint is the lack of information. We want them to tell us when, how and how much vaccine will be delivered.” 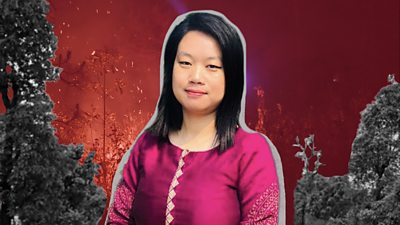 ‘We saw huge flames coming towards our garden’