NEW DELHI: India’s vaccine diplomacy took further wing with 1 lakh anti-Covid shots being sent to Oman, a close partner in the Gulf, after having supplied the jabs to immediate neighbours. Later this week, India is scheduled to send over 5 lakh doses to Afghanistan.

India will also send 2 lakh doses to Nicaragua, 1 lakh to Barbados, 70,000 to Dominica and 1.5 lakh to Mongolia, though dates are yet to be finalised.

Egypt, Algeria, UAE and Kuwait have all purchased vaccines and are on the commercial export list. Apart from the gifts, Mongolia (10 lakh) Nicaragua (3 lakh), Saudi Arabia (30 lakh), Myanmar and Bangladesh are among those who have contracted to purchase vaccines from India. The purchases are made commercially but need export clearance from the Indian government. 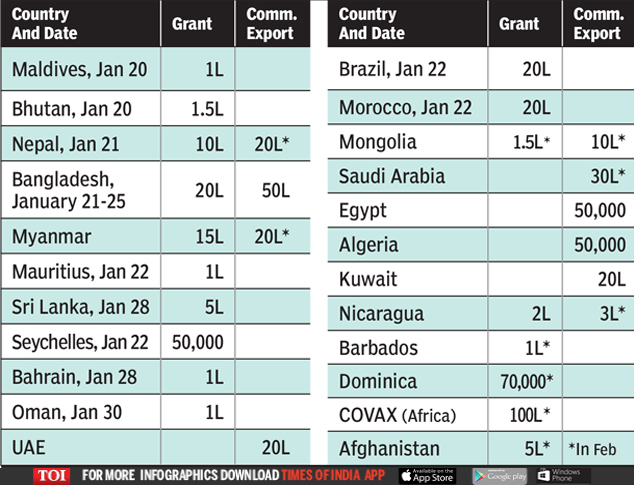 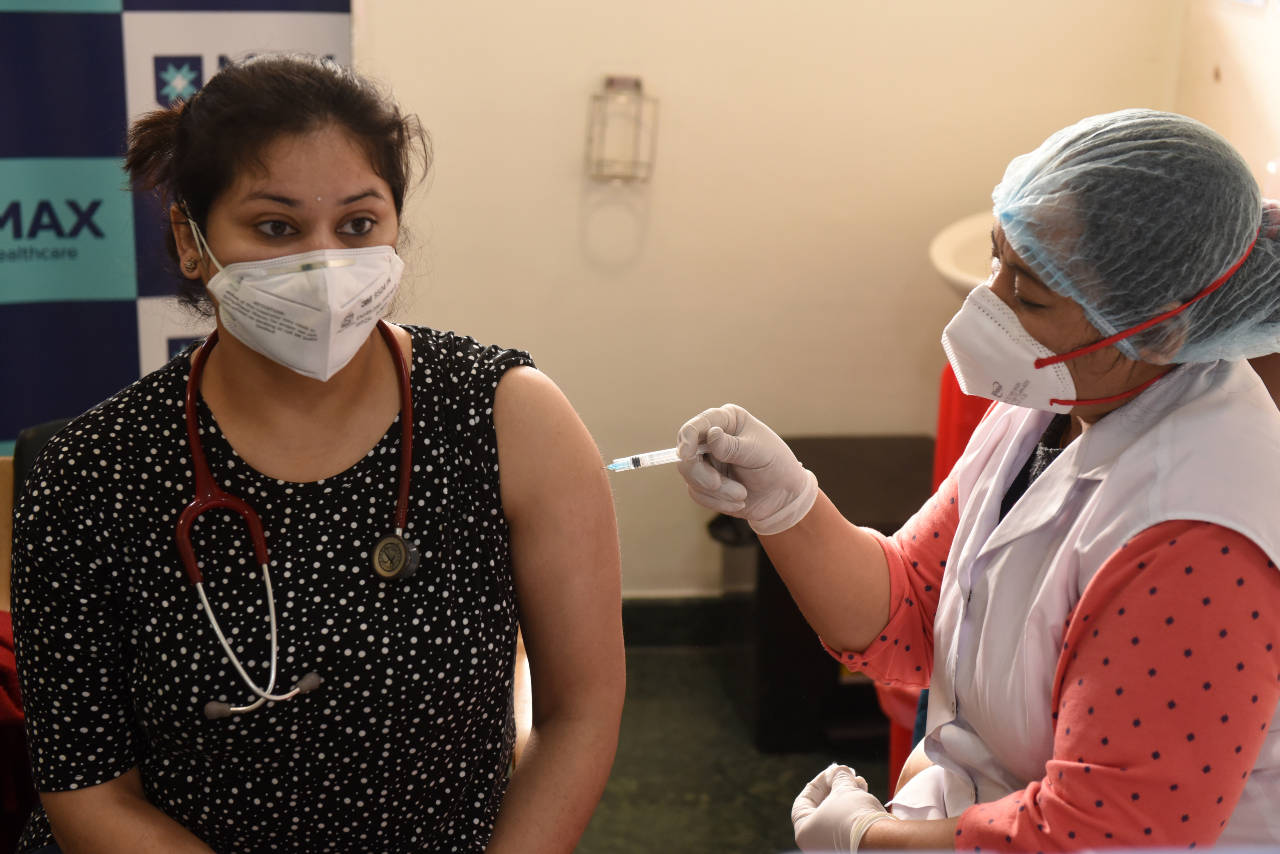 Over 37 lakh healthcare workers across India have received shots of Covid-19 vaccine till January 30, the 15th day of the nationwide immunisation drive. Uttar Pradesh has administered the maximum number of vaccine doses in the country so far with over 4.63 lakh people inoculated.

As a special Pakistani plane departed for China to fetch the first batch of Sinopharm’s Covid-19 vaccine, Dr Sultan announced that around seven million out of the 17 million committed doses of Covishield would reach the country by March.

“Though AstraZeneca is being prepared in India, it will come through Covax, an international alliance which has announced free vaccines for 20% of Pakistan’s population. DRAP (Drug Regulatory Authority of Pakistan) has already registered both Sinopharm and AstraZeneca,” Dr Sultan said.

The UN Covax initiative will see India selling about 100 lakh doses of vaccines. In addition, the UN will be buying about 4 lakh doses for its own workers all over the world.

India’s vaccination drive is attracting attention, with Indian ambassador to the Philippines Shambu Kumaran tweeting on Sunday that the Asean nation was examining India’s rollout of inoculations, pointing to reports in the local media there.

From massive breakthrough in ‘Start Up’ to losing out on films due to controversy: Everything you need to know about Kim Seon Ho | The Times of India