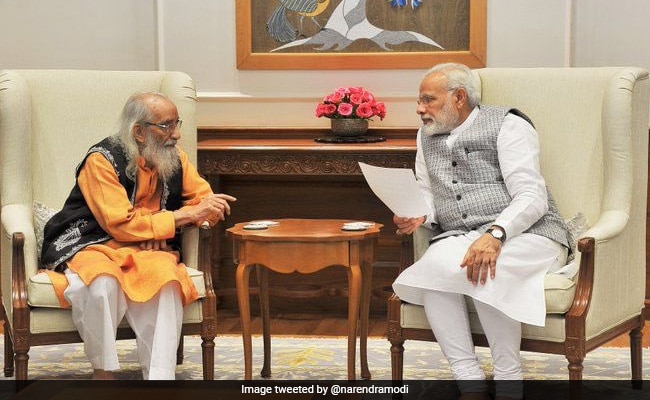 Babasaheb Purandare: Prime Minister Narendra Modi and many others mourned his death.

Noted historian-writer and Padma Vibhushan Babasaheb Purandare died on Monday. He was 99.

He had been on ventilator support at a private hospital in Pune after being admitted a couple of days ago because of age-related ailments.

He died around 5 am. Maharashtra Chief Minister Uddhav Thackeray announced a state funeral for Babasaheb.

Prime Minister Narendra Modi and many others mourned his death.

I am pained beyond words. The demise of Shivshahir Babasaheb Purandare leaves a major void in the world of history and culture. It is thanks to him that the coming generations will get further connected to Chhatrapati Shivaji Maharaj. His other works will also be remembered. pic.twitter.com/Ehu4NapPSL

Born Balwant Moreshwar Purandare, Babasaheb authored many books on Chhatrapati Shivaji and dedicated his life to history and research.

He was honoured with Padma Vibhushan, India’s second-highest civilian award, in 2019 and the Maharashtra Bhushan award in 2015.

He wrote and directed the play ‘Jaanta Raja’ which has been performed by over 200 artists and translated and enacted in five languages.