Ahead of the release of the fifth season of ‘Money Heist’, Nucleya chats about composing for ‘Jaldi Aao’, the remix of ‘Bella Ciao’ that features Shruti Haasan, Radhika Apte, Anil Kapoor and Rana Daggubati

The last year and a half has been a mellow one for Udyan Sagar but he has done his best to keep a balanced routine going with his wife at their home in Goa, taking turns doing chores while working from home. Had the pandemic not occurred, there is no doubt that Udyan — better known as Nucleya — would have been touring and meeting fans in various pockets of the globe.

Nucleya is all smiles as he gushes over ‘Jaldi Aao: The Money Heist Fan Anthem’, which he composed ahead of the new season of Spanish-language crime series La Casa Del Papel or Money Heist dropping. The track and video, conceptualised by Creativeland Asia and produced by Jugaad Motion Pictures, has picked up more than 5 million views since its August 23 upload on YouTube.

“There is no way you cannot be a fan and work on something as personal as this,” he explains, adding he is the kind of fan who is a binger as well as one who noses around online fan forums dedicated to the series. “Since I am a creative in my field, I like to think about what could happen next or what a certain character might do. But whatever you predict, what actually happens in the show is unbelievable.”

The series has an array of wild characters, all of whom have connected with the fans in their own ways. In whom does Nucleya see himself the most? “I would say The Professor; he’s always trying to be in control,” he say, laughing, “but everyone’s a little mad on the show; I love it.” 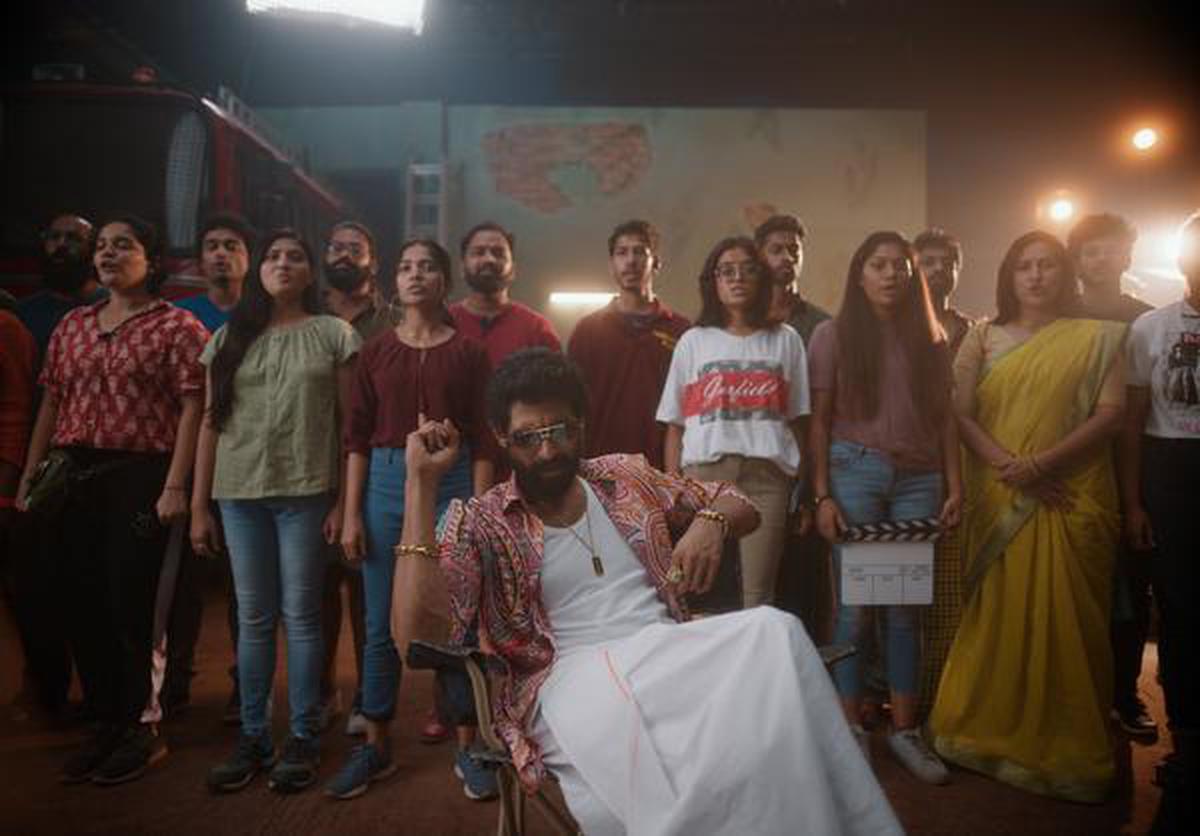 A still of Rana Daggubati in ‘Jaldi Aao: The Money Heist Fan Anthem’

Back in the first season, in one of Money Heist’s umpteen surprising scenes, Berlin and The Professor sing ‘Bella Ciao’ the night before they take on the Royal Mint Of Spain with their team. Their baritone and poetic voices thrilled fans but the historic value of the song also added intensity to the scene.

The anti-fascist protest song is from the early 20th Century, and is sung by Italians every year on April 25 to observe Liberation Day, the anniversary of the end of the Nazi occupation in 1945. Over the years through history, there have been many iterations. During the 2020 lockdowns, Italians took to the empty streets and their balconies, belting out the song as a collective and comforting experience, building upon its status as a revolutionary anthem. In the context of the series, it serves as musical fuel for The Professor and his team in their life-endangering mission.

Soon enough fans all over the world found themselves humming the tune or even memorising the lyrics and their meaning. In 2018, EDM artists Maddix and Hardwell released a crowd-shaking remix to ‘Bella Ciao’ which has collected more than 66 million views. It was important to Nucleya that ‘Jaldi Aao’ retained that recognisable melody while adding various elements to it to make it more Indian audience-friendly. “That composition has that [revolutionary] feel to it because of the original song’s lyrics, but we wanted it to sound fresh. I think we did a pretty good job,” he laughs. 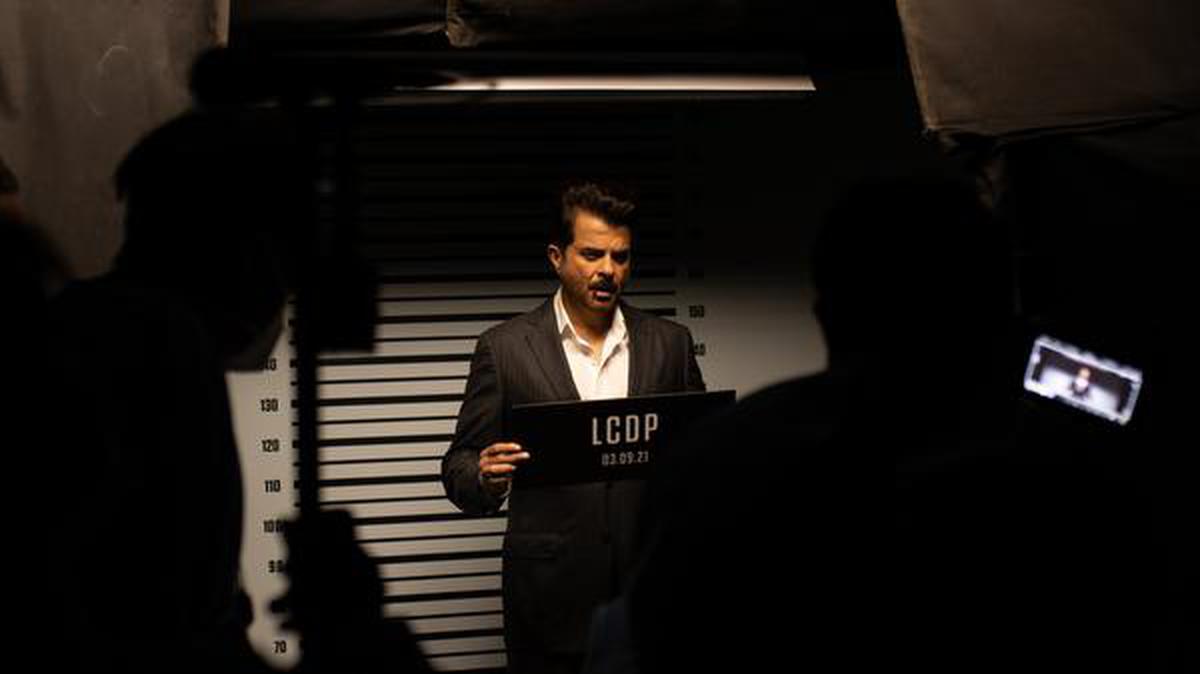 A still of Anil Kapoor in ‘Jaldi Aao: The Money Heist Fan Anthem’

“When approaching any music project, I want to do creative justice to it and, in this case, that meant being passionate about Money Heist. This particular project, when I was roped in, was a few months old and the majority of the lyrics were already in place. Everyone from ideation to production to music teams was insanely passionate about the show.”

Nucleya, also appearing in the video, recalls with a chuckle that during the shoot, everyone had to continue singing the song even after ‘cut’ was called — whether they were eating or sitting at their desks.

From the fans’ perspective

Fans are split when it comes to the promotional nature of the music video, and it shows in the divisive comments section of the YouTube video. Nucleya, admitting he’s on the other end of the spectrum of opinions, feels the video doesn’t feel promotional but is rather a celebration of Indian binge-watchers for the show, “because everything for ‘Jaldi Aao’ was done with the perspective of being fans of the show.” 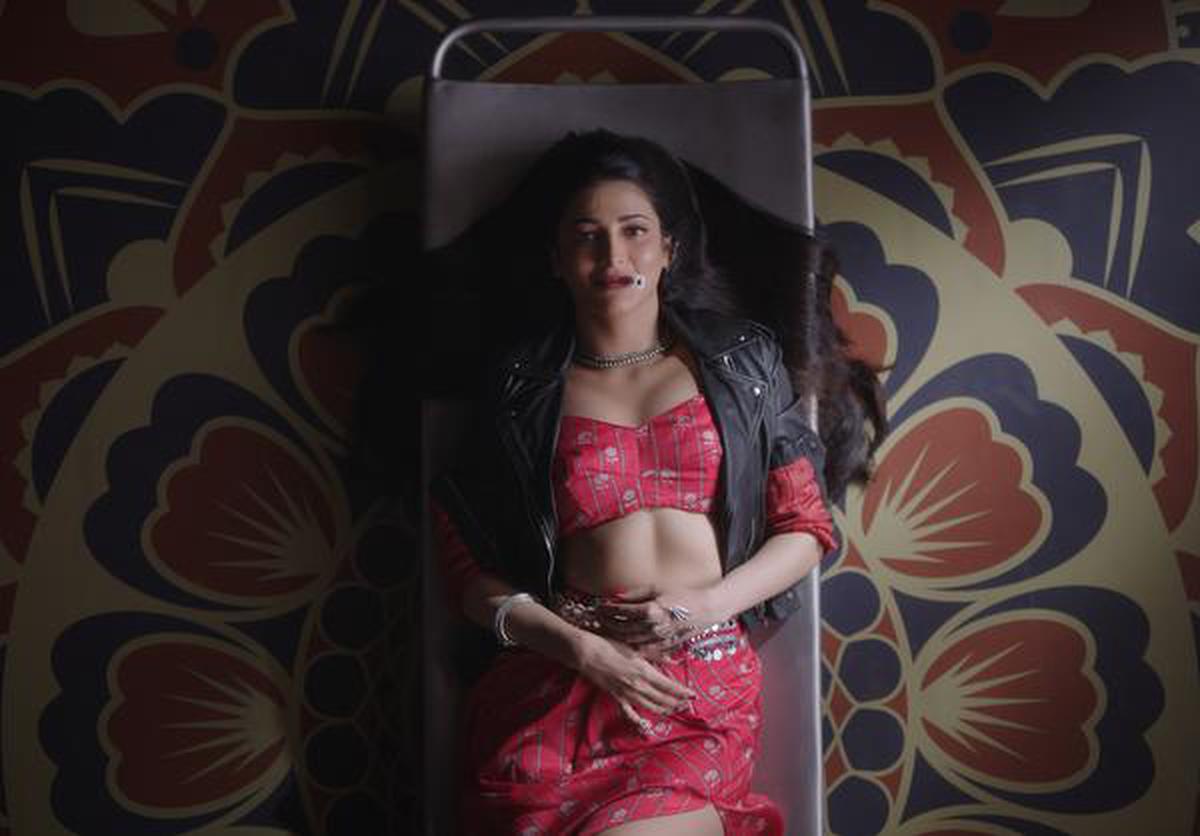 A still of Shruti Haasan in ‘Jaldi Aao: The Money Heist Fan Anthem’

The rebooted song has a mix of Tamil, Hindi and Telugu lyrics and singing styles to suit the different Indian regional fanbases. As a composer, the core melody had to work with these new elements to make the song feel less forced. Nucleya explains, “The core structure and melody stay the same throughout but what changes is the voice, which gives ‘Jaldi Aao’ the flavour it needs. For example, at the Tamil part, everything goes deeper with full South Indian drums, and towards the end of the video, there’s a scene where drums are played in the streets of Mumbai and it feels very Maharashtrian. The melody, though, stitches everything tight together.”

The challenge lay in how the team behind the song would make everything lyrically and musically more interesting. It is easy to get carried away adding more elements to the project, so how did Nucleya know when enough was enough? “I just had to gauge that gut feeling from time to time, while asking myself ‘Am I overdoing it now?’ or ‘Is this fine as is?’ I thought, ‘If this is hitting 100% of your emotions, then I have done my job’.”

The song ‘Azal’ is an ode to first love

Pollution increasing in Delhi due to stubble burning in neighbouring states: Kejriwal