A House Democrat who unsuccessfully prosecuted Donald J. Trump at his impeachment trial sued him in federal court on Friday for acts of terrorism and incitement to riot, trying to use the justice system to punish the former president for his role in the Jan. 6 assault on the Capitol.

The suit brought by Representative Eric Swalwell, Democrat of California, accuses Mr. Trump and key allies of whipping up the deadly attack and conspiring with rioters to try to prevent Congress from formalizing President Biden’s election victory.

Echoing the case laid out in the Senate, which acquitted him, it meticulously traces a monthslong campaign by Mr. Trump to undermine confidence in the 2020 election and then overturn its results, using his own words and those of his followers who ransacked the building to narrate it.

“The horrific events of Jan. 6 were a direct and foreseeable consequence of the defendants’ unlawful actions,” Mr. Swalwell asserts in the civil suit, filed in Federal District Court in Washington. “As such, the defendants are responsible for the injury and destruction that followed.”

Though not a criminal case, the suit charges Mr. Trump and his allies with several counts including conspiracy to violate civil rights, negligence, incitement to riot, disorderly conduct, terrorism and inflicting serious emotional distress. If found liable, Mr. Trump could be subject to compensatory and punitive damages; if the case proceeds, it might also lead to an open-ended discovery process that could turn up information about his conduct and communications that eluded impeachment prosecutors.

In addition to the former president, the suit names as defendants his eldest son, Donald Trump Jr., his lawyer, Rudolph W. Giuliani, and Representative Mo Brooks, Republican of Alabama, who led the effort to overturn Mr. Trump’s election defeat when Congress met on Jan. 6 to formalize the results.

All three men joined Mr. Trump in promoting and speaking at a rally in Washington that day, which Mr. Swalwell says lit the match for the violence that followed with incendiary and baseless lies about election fraud.

A majority of the Senate, including seven Republicans, voted to find Mr. Trump “guilty” based on the same factual record last month, but the vote fell short of the two-thirds needed to convict him. Several Republicans who voted to acquit him, including Senator Mitch McConnell of Kentucky, the minority leader, concluded that Mr. Trump was culpable for the assault but argued the courts, not the Senate, were the proper venue for those seeking to hold him accountable.

Phil Andonian, a lawyer representing Mr. Swalwell, said that the lawsuit was an answer to that call.

That Mr. Trump “seems to be made of Teflon cuts in favor of finding a way to pierce that because he hasn’t really been held fully accountable for what was one of the darkest moments in American history,” he said in an interview.

The lawsuit adds to Mr. Trump’s mounting legal woes as he transitions into life after the presidency and contemplates a political comeback. Another Democratic lawmaker, Representative Bennie Thompson of Mississippi, already filed suit on similar grounds in recent weeks with the N.A.A.C.P.

Prosecutors in New York have active inquiries into his financial dealings, and in Georgia, prosecutors are investigating his attempts to pressure election officials to reverse his loss.

In a statement, Jason Miller, an adviser to Mr. Trump, blasted Mr. Swalwell as a “a lowlife with no credibility” but did not comment on the merits of the case.

Mr. Brooks rejected the claims, saying he would wear Mr. Swalwell’s “scurrilous and malicious lawsuit like a badge of courage.” He said he made “no apology” for his actions around the riot, when he urged rallygoers outside the White House to start “taking down names and kicking ass.”

Both men resurfaced Republican attacks on Mr. Swalwell questioning his character based on his former association with a woman accused of being a Chinese spy. Mr. Swalwell broke off contact with the woman after he was briefed by American intelligence officials, and has not been accused of any wrongdoing.

Mr. Giuliani, who urged the same crowd to undertake “trial by combat,” and a lawyer for Donald Trump Jr. did not respond to requests for comment.

“He lied to his followers again and again claiming the election was stolen from them, filed a mountain of frivolous lawsuits — nearly all of which failed, tried to intimidate election officials, and finally called upon his supporters to descend on Washington D.C. to ‘stop the steal,’” Mr. Swalwell said in a statement.

In the suit, Mr. Swalwell describes how he, the vice president and members of the House and Senate were put at direct risk and suffered “severe emotional distress” as armed marauders briefly overtook the Capitol in Mr. Trump’s name.

“The plaintiff prepared himself for possible hand-to-hand combat as he took off his jacket and tie and searched for makeshift instruments of self-defense,” it says.

During the Senate trial, Mr. Trump’s defense lawyers flatly denied that he was responsible for the assault and made broad assertions that he was protected by the First Amendment when he urged supporters gathered on Jan. 6 to “fight like hell” to “stop the steal” he said was underway at the Capitol.

The nine House managers argued that free speech rights had no place in a court of impeachment, but they may prove a more durable defense in a court of law. Though the suit targets them in their personal capacities, Mr. Trump may also try to dismiss the case by arguing that the statements he made around the rally were official, legally protected acts.

Lyrissa Lidsky, the dean of the University of Missouri School of Law, said that the suit relied on a novel application of civil rights law originally meant to target racialized terrorism in the Reconstruction-era South. But she predicted the case would ultimately boil down to the same fundamental questions that animated Mr. Trump’s trial in the Senate: whether his words on Jan. 6 and leading up to it constituted incitement or were protected by the First Amendment.

“By filing the suit, Swalwell is trying to relitigate in the court of public opinion the case he lost in the impeachment trial,” Ms. Lidsky said. A change of venue can sometimes produce different outcomes, she added, but Mr. Swalwell faces an uphill climb.

“I wouldn’t hold my breath,” she said. 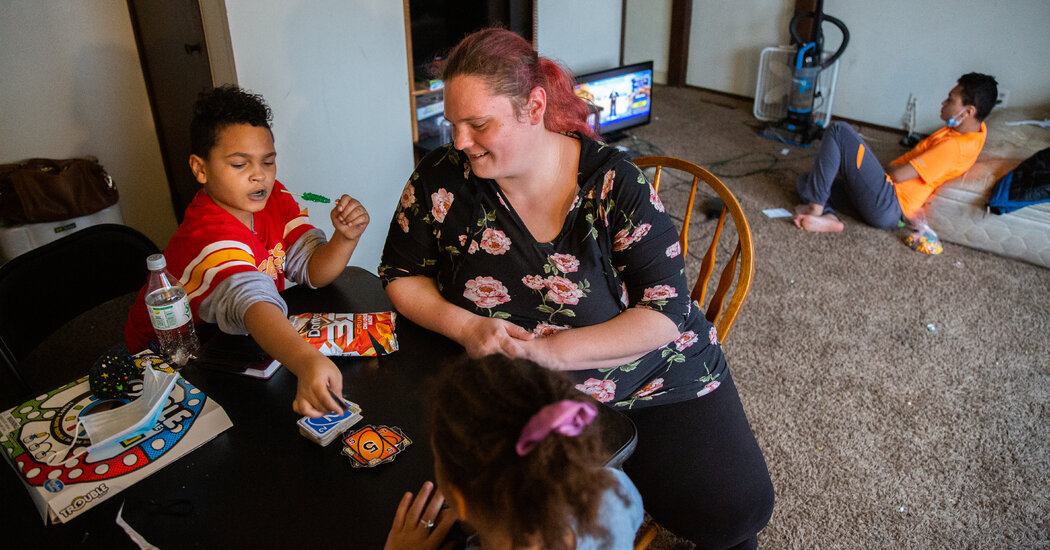 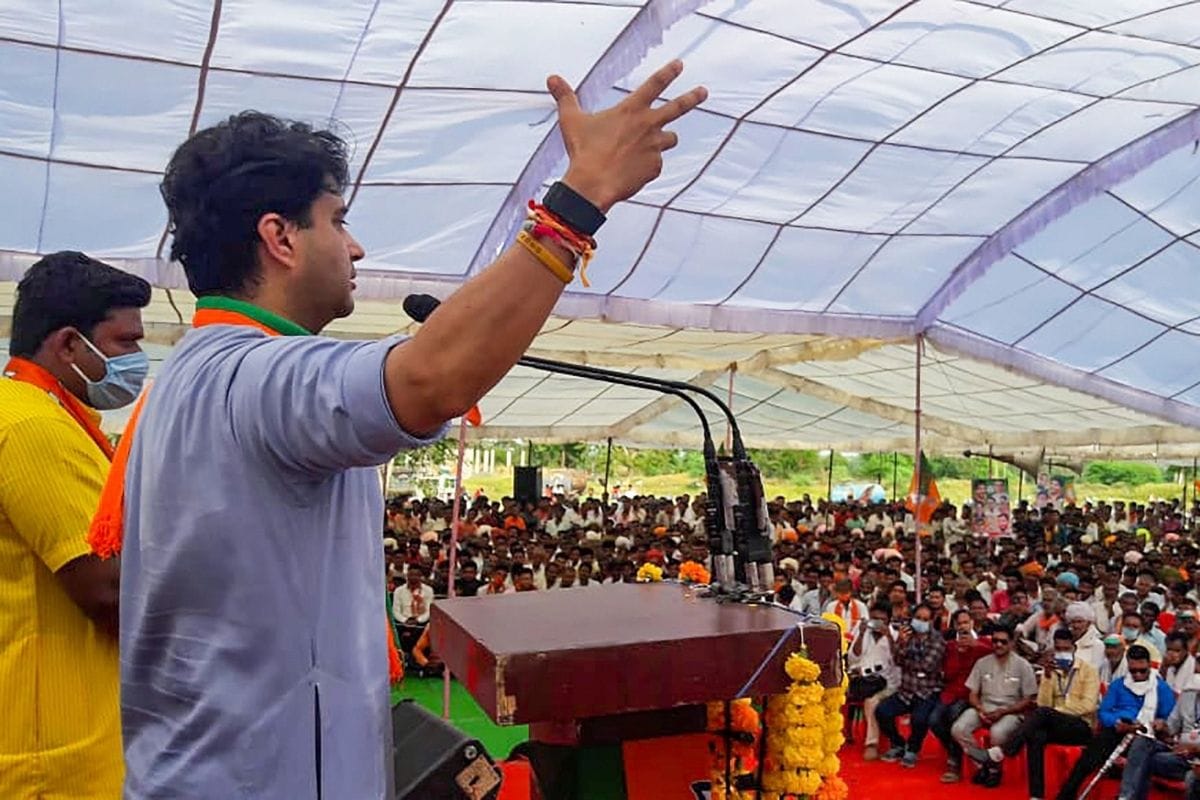