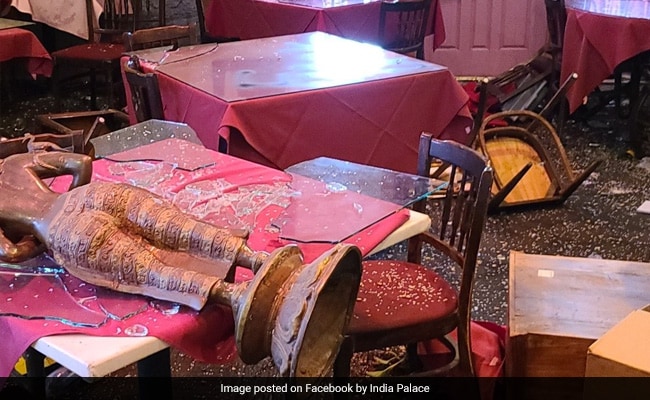 Santa Fe Police had labelled incident as a hate crime directed towards Indian community in the vicinity.

The Federal Bureau of Investigation (FBI) has been roped in to investigate last year’s attack on a popular Indian restaurant in Santa Fe, capital of the southern US state of New Mexico.

In June 2020, unknown vandals damaged the kitchen, dining room, storage area and spray-painted walls of the premises of the ‘India Palace’ with the words “Trump 2020” and racist remarks directed at the restaurant’s Sikh owners, causing damage to the tune of $100,000, media reports said.

The restaurant was purchased in 2013 by Baljit Singh, and run by his son Baljot, according to Santafenewmexican.com.

Santa Fe Police had labelled the incident as a hate crime directed towards the Indian community in the vicinity.

However, more than 16 months later, they are yet to press charges. Last week, the FBI said that they were determined to bring to justice the culprits behind the attack on the India Palace restaurant.

“I want to thank the Santa Fe Police Department for all the work they have done on this case. We are determined to find whoever is responsible for what happened at the India Palace and bring them to justice,” he added.

“The Santa Fe Police Department is grateful for all of the assistance we’ve received from the FBI throughout the course of this investigation,” Deputy Chief Paul Joye said.

“We are committed to continuing our work with the FBI, to ensure that the person or persons responsible for this vandalism are brought to justice,” he said.

Based upon information gathered during the investigation, the Santa Fe Police have not ruled out that persons associated with the restaurant may have been involved in the damage that occurred, the FBI said in a news release.

The India Palace attack has been widely condemned across the US, and it had come amid a wave of racial attacks and protests in the country last year, following the death of George Floyd, a Black man who died in police custody in Minneapolis.