The impending bankruptcy of Chinese real estate giant Evergrande, with its $300 billion in debt, has roiled global investors. Analysts have focused mainly on whether the Chinese government will succeed in ring-fencing the problem, so that it does not spill over into a broader Western-style financial crisis.


Given the government’s deep pockets, including over $3 trillion in foreign-exchange reserves, and its ability to dictate restructuring terms without long court delays, few would bet against such an outcome. But concentrating only on near-term financial stability misses China’s larger challenge: Rebalancing an economy that has depended for far too long on its massive real estate investment sector for jobs and growth.

The outsize share of real estate and related services in Chinese gross domestic product (GDP) — a staggering 25 per cent, and only slightly less after adjusting for net exports — is even larger than the property sector’s share of the Spanish and Irish economies at its pre-2008 peak. Because of its knock-on effects on other sectors, a significant slowdown in China’s real-estate sector could easily cut 5-10 per cent from cumulative GDP growth over the ensuing few years.


Moreover, real estate is by far the most important savings vehicle in an economy where capital controls constrain citizens’ ability to invest abroad. Any significant decline in real estate prices would lead not only to widespread disaffection, but also to a potentially significant pullback in consumption of other goods and services.


Can’t the Chinese real estate machine just keep running full speed ahead, given the need to house the country’s 1.4 billion people? Maybe. But China has been rapidly building houses and apartment buildings for decades, not just in its top-tier cities but also in less-desired third- and fourth-tier cities, where prices are much lower and vacancy rates are high.


As a result, China’s total housing supply, measured in square meters per person, has already reached the levels of much wealthier economies such as Germany and France. Although average housing quality in China is lower and there is potential to upgrade, the massive current level of real estate production has to be unsustainable. With the housing vacancy rate in urban China now at 21 per cent, the authorities fully understand the need to shift productive resources into other sectors. 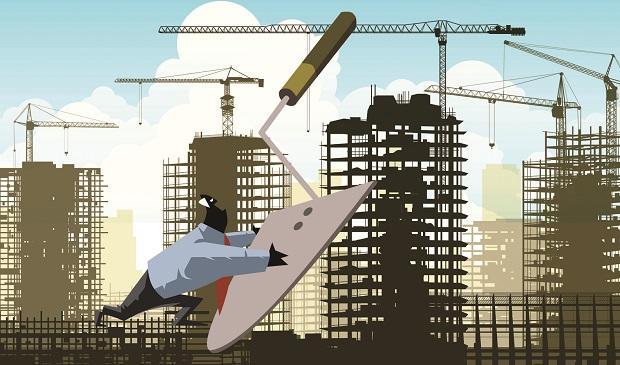 
But engineering a slow, controlled deflation of China’s real estate bubble will not be easy. With the banking sector having lent heavily to residential projects (Evergrande alone has borrowed from almost 300 banks and financial firms), a sharp drop in housing prices could prove painful and cascade catastrophically into other sectors.


In principle, banks are protected by substantial down payments, often amounting to 30 per cent or more of the purchase price. But given China’s epic house-price boom in the 21st century, 30 per cent may prove not nearly enough when a collapse comes. (After the 2008 financial crisis, US housing prices dropped by 36 per cent, and by significantly more in some regions.)


Besides, making housing more affordable has been an important goal of President Xi Jinping’s government, so there are limits to how much one can expect policymakers to prop up prices.


Many believe that the Evergrande housing crisis is part of the government’s general squeeze on the Chinese elite, which has included taking down internet giants, making it more difficult for wealthy parents to get private tutoring for their children, and insisting that firms give back much more to their communities. According to this line of thinking, policymakers can always recalibrate if their efforts to rein in housing debt, and Evergrande in particular, prove too destabilising. But as the government is well aware, this risks making the eventual reversal of the real estate and construction boom all the more painful.


Real estate slowdowns, even real estate-related financial crises, do not tend to happen on their own, but rather in the context of a slowing economy. The Chinese economy came roaring out of the pandemic, and for a while was the envy of the world, thanks in part to the government’s zero-Covid strategy. But the future looks much less rosy. In addition to headwinds from an aging population and slowing productivity growth, the Delta variant is proving far more difficult to contain.


On top of all that, the almost daily rash of new government decrees has made it exceedingly difficult for the private sector to plan ahead. The resulting policy uncertainty would put a damper on growth even without the other issues. In such an environment, a housing market slowdown can significantly amplify any economic downturn, as I showed in a 2020 paper with Yuanchen Yang of Tsinghua University.


After nearly four decades of extraordinary economic expansion, one should not underestimate the Chinese authorities’ ability to maintain growth despite all obstacles. Nevertheless, as impressive as China has been at building roads, bridges, and houses, its real estate construction boom is coming to an end, and there is no reason to expect a smooth landing.


Chinese financial regulators may yet succeed in insulating the broader market from Evergrande’s crisis, and convincing everyone that this is an anomalous case. But given China’s decades-long over-reliance on the real estate sector for growth, particularly during general downturns, the biggest challenges may be yet to come.

The writer, a former chief economist of the International Monetary Fund, is Professor of Economics and Public Policy at Harvard University. © Project Syndicate, 2021