Sedition, said Mohandas Karamchand Gandhi, was the “prince among the political sections of the Indian Penal Code designed to suppress the liberty of the citizen”. He said this in the context of the British colonial administration’s use of this section (124A) against many freedom fighters, including himself and Tilak. Pleading guilty as charged, he said it was his moral duty to express disaffection towards a regime that had done “irreparable harm to my country”.

This was 1922. Almost a century later, young activists who have challenged the government of India to be more responsible for their future, are being subjected to the kinds of ordeals that India’s freedom fighters faced. But while they were struggling to rid India of its colonial shackles, these young people are in no way trying to overthrow the Indian state. Nor, whatever the hyper-imaginative sections of the government and media might say, have they ever advocated separatism, violence, hatred against some sections of society, or anything else that could threaten the integrity of India. There is nothing in the “toolkit”, which became the centre of controversy, that advocates violence and alleged links to terrorist organisations are speculative. Indeed, in Gandhian tradition, everything these youth have done as environmental activists has been non-violent. It is a mockery of justice that while dozens of hatred-spewing people who have openly (captured on camera) incited violence to roam around freely, such as the Sangh Parivar cadre that attacked farmers on the Singhu border on January 28, people like Disha Ravi are picked up and held in ways that should make any democracy cringe in shame.

Why is there such an attack on young environmentalists? If, as per one statement by the police, there may be thousands of people involved inciting disaffection and in some way involved with the violence on January 26, then how will catching 3-4 of them help? When in history has a violent uprising been stopped by picking up a few of its advocates? If violence was really in their minds, why did they not use it, along with farmers against whom similar charges are being made, for the several months before January 26 that they have been active?

No, the government knows quite well that such is not the intention of these activists (or of the farmers they support). Rather, its actions are aimed at trying to stop exposes of and opposition to the blatant crony capitalism that is taking full control of our economy. One of the world’s biggest-ever mobilisation of farmers (and joining them, workers, youth, feminists, environmentalists, academics, artists, and many more) has shaken a government that has moved rapidly towards the privatisation and corporatisation of India. The farmer movement has not only opposed the 3 laws which are further steps towards such corporatisation, but also the favours the government has granted to big corporates like Adani and Reliance. Several youth environmental groups have supported the movement, with a ‘Greens with Farmers’ campaign, noting the close connection with agriculture, climate and the environment. Simultaneously they have carried on campaigns against ecologically and socially disastrous projects cleared by the government. These include the private port (Adani, of course) threatening a bird sanctuary and fisher livelihoods at Pulicat (Tamil Nadu), coal mining in Dehing Patkai Elephant Reserve in Assam, and a national highway through Mollem National Park in Karnataka and Mahavir Wildlife Sanctuary in Goa. Many of them jointly initiated a ‘Youth Action to Stop Adani’ campaign that has aligned with Adivasis and fishers and others impacted by this corporation’s industrial projects across India, as with young people in Australia where Adani has proposed the world’s biggest coal mine, threatening local indigenous populations as also one of the world’s natural wonders, the Great Barrier Reef.

The Indian state has never taken kindly to dissent on such matters. Most national or regional parties in power have dealt harshly with land-grabbing, forest destruction, draining of wetlands, take-over of coastal areas, and construction in fragile mountains in the name of ‘development’. In particular, since 1991, when the then Congress government integrated India into the global economy, the private sector has gained increasing clout. Economic policies have increasingly favoured the handing over of agricultural, forestry and pastoral lands, water and wetlands, seeds, and other natural resources (including airwaves) to powerful corporations. And if you happen to speak up against this, and become sufficiently visible, chances are there will be state reprisal. Several activists currently in jail with charges of sedition or under laws like the Unlawful Activities (Prevention) Act (UAPA), were involved with a local farmer or Adivasi movements resisting such corporate land grab.

BJP has taken India’s slide into an ecocidal, corporatised and authoritarian regime to new depths. Since 2014, it has not rejected almost any proposal for mining, industries, mega-dams, ports, highways, and other projects that are devastating for the environment and livelihoods. Environmental laws and provisions have been systematically diluted, or sidestepped; its own agencies that warn against such projects have been ignored, such as Wildlife Institute of India’s observations that the Mumbai-Delhi highway stretches in Rajasthan will fragment crucial wildlife habitats . While it has tom-tommed the UN ‘Champion of the Earth’ award to MP Modi, it has ignored the UN Secretary General’s call on India to stop the further extension of coal mining, or the urging of UN Special Rapporteur on Human Rights Defenders, Mary Lawlor, in January 2021, to immediately release prisoners held under UAPA.

It attempted to bring in the weakest ever Environmental Impact Assessment regime in mid-2020, in the middle of a pandemic lockdown; in fact, the hundreds of thousands of protest emails/tweets/letters it got from young activists in that period may well be the beginnings of its ‘big brother is watching’ attitude towards the youth. At that time it filed an FIR under UAPA against the youth, then quickly withdrew it as a ‘mistake’. Now, unable to deal with the resolute farmers on Delhi’s borders, it is hitting out at what it considers softer targets.

It is also worth noting that while the sedition clause has been repeatedly used against people’s movements and civil society, including by the Congress (e.g. against anti-nuclear activists a decade back), such use has seen a visible rise in BJP times. For instance, 96% of sedition cases filed since 2010 for criticising the government, are during BJP’s rule  And it has added a heady dose of hyper-nationalist, communal flavour into the crony capitalist mix, creating a dangerous ‘India vs. India’ situation. As Oxford University professor Tarunabh Khaitan shows in a detailed study, this government is “killing the constitution with a thousand cuts”. In this sense, and in the way it is selling off the country to corporations, we should ask: who is the real anti-national here?

As the youth are showing, however, such actions are not going to cow them down. They have regrouped and issued statements of solidarity with those accused, as also continued their campaigns against specific projects shown to be ecologically hazardous.

Civil society resistance has always sprung back after every attack on its existence. India’s democracy, built on the legacy of multiple freedom movements against pre-colonial and colonial rulers, and on a history of post-Independence movements by Adivasis, Dalits, women, environmentalists, farmers, LGBTQ+ activists, and youth, is not so weak as to quietly lie down while the government attempts to sell off its present and future.

(The author is a researcher-activist in Pune. Views expressed here are personal). 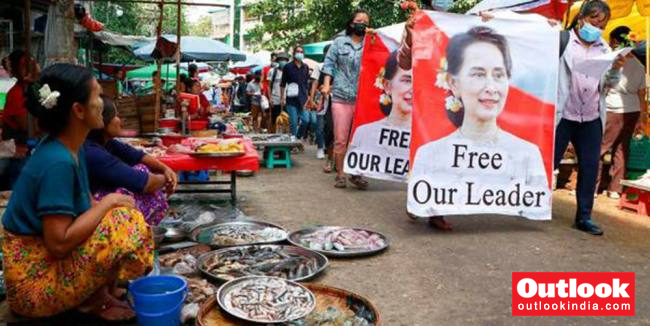 No Bliss In Ignoring A Coup! 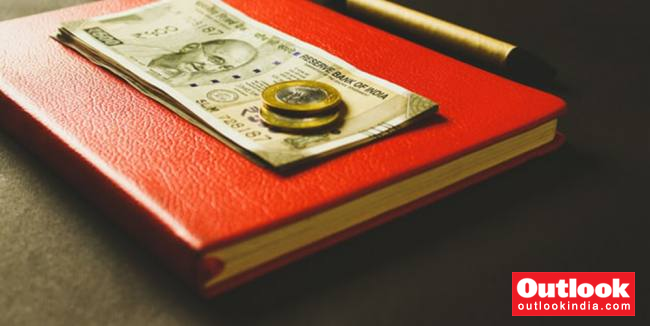 Best of BS Opinion: Board rules for fair play, bloodshed in Bengal & more