In the first round of the classical part of the Grandmaster Tournament at the 54th Biel Chess Festival, Kirill Alekseenko and Nihal Sarin played the longest game of the round. Nihal Sarin tried desperately to defend an endgame with a pawn but after 91 moves he conceded defeat and resigned.

But in round 2 Noel Studer and Alan Pichot played an even longer game – they played for seven hours and 42 minutes before agreeing to a draw. 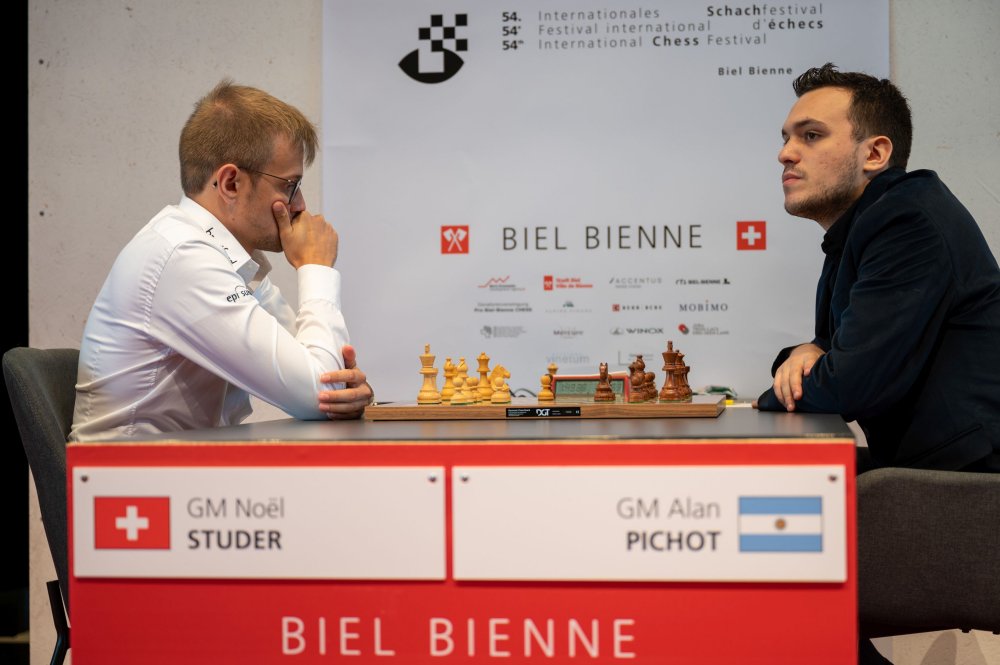 Studer, the local hero, tried to win a queen ending with two pawns against one but Pichot defended attentively and after 138 moves the game ended in a draw.

Vincent Keymer, born 2004 and Germany’s youngest Grandmaster of all time, was up against World Championship Candidate Kirill Alekseenko, who seems to be very motivated in Biel. Keymer had White but ended up with a somewhat passive position after the opening, which he, however, was able to hold. 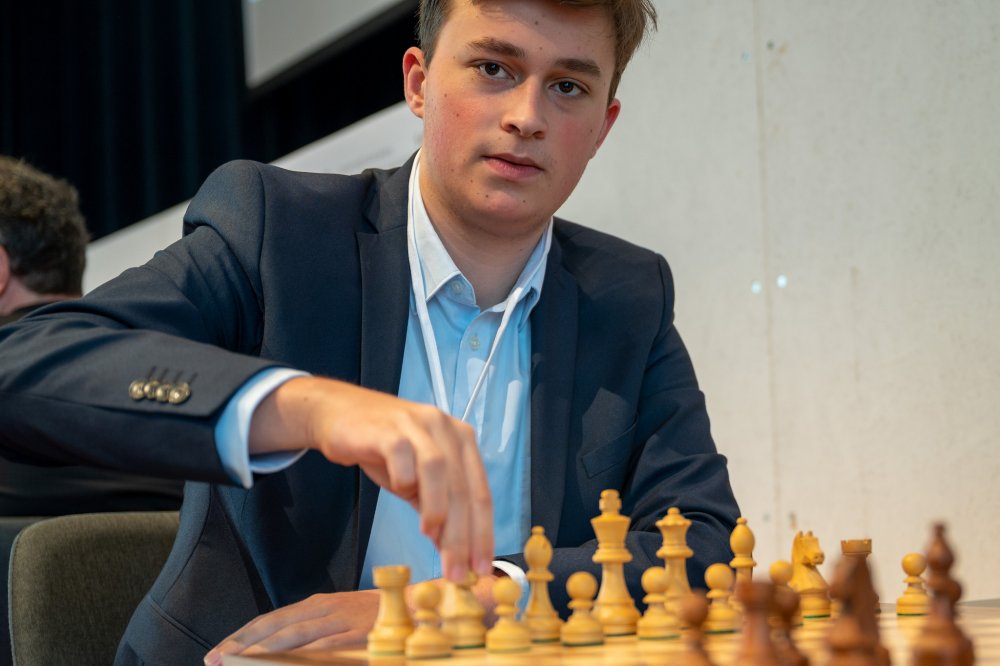 Black has more space and an outpost on e4. However, White’s position is rather solid.

Nihal Sarin and Boris Gelfand as did Gata Kamsky and Maxime Lagarde. But all received 1.5 points for this draw because in the Biel Grandmaster Triathlon 4 points are awarded for a win and 1.5 points for a draw.

Live commentary of round 2

The Master Open also has an interesting field. To support women’s chess, the festival has increased the prizes for female participants. This seems to be motivating and Vaishali Rameshbabu (Elo 2393), the elder sister of Praggnanandhaa Rameshbabu, drew against the Russian GM Maksim Chigaev (Elo 2630). Javiera Belen Gomez Barrera from Chile (Elo 2083) and Nikola Mayrhuber from Austria (Elo 2062) also caused a slight upset by drawing against their Grandmaster opponents GM Kantor Gergely (Elo 2527) and GM Andrei Shchekachev (Elo 2515).

After three rounds Salem Saleh and Surya Ganguly share the lead with 3.0/3 each.

Shri Nitin Gadkari reviews the progress of work on Delhi-Mumbai Expressway at Sohna in Haryana, Dausa and Bundi in Rajasthan, Ratlam in Madhya Pradesh

Joan Washington, Dialect Coach to the Stars, Dies at 74

How to follow along with CTV News’ special election coverage