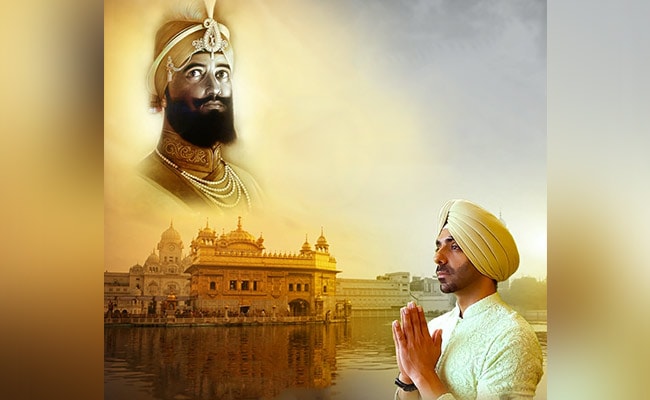 Aparshakti on a promotional poster.

Here to fill you with peace and divinity, Bhushan Kumar’s T-Series is out with a special rendition of ‘Chaupai Sahib‘. The traditional Sikh hymn is sung by actor Aparshakti Khurana, who lends his voice to this piece composed by Maninder Singh aka GoldBoy. The hymn by Guru Gobind Singh is one of devotion and protection, often recited to gain spiritual safety and defense from one’s internal and external enemies. Talking about the song says Aparshakti Khurana, “This hymn is one which has personally given me great strength and self-confidence and I was so honoured to lend my voice to this T-Series track beautifully put together by GoldBoy.”

Adds Maninder Singh aka GoldBoy, “Chaupai Sahib gives one the feeling that there is someone above there to protect and guide you. I’m so happy to work with Bhushan Kumar’s T-Series on this and Aparshakti has done a super job on the vocals.”

Says Bhushan Kumar, “The devotional music genre will always remain close to us at T-Series and is relevant to listeners for many years to come. ‘Chaupai Sahib’ is uplifting, encouraging and peaceful and we are happy to bring it to everyone who wants to connect to the almighty.”

Bhushan Kumar’s T-Series presents ‘Chaupai Sahib’. With vocals by Aparshakti Khurana and music by GoldBoy, the traditional track is out now on T-Series’ YouTube channel.

SpaceX Launches Astronaut Crew Like No Other on Orbital Adventure