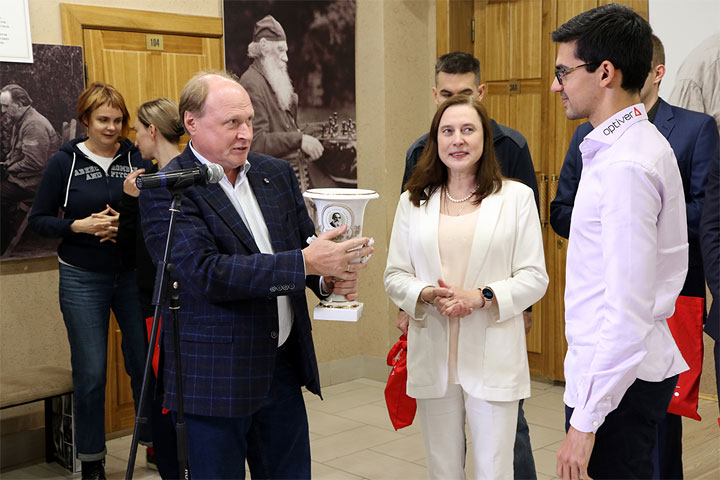 The winner, Dutch GM Anish Giri, received a cup manufactured at the Imperial Porcelain Factory specifically for this event.

Anish Giri, “I enjoyed my performance in Yasnaya Polyana. The result proved somewhat too high because on the second day I definitely did not play at the corresponding level. However, luck sided with me to the extent that nothing could stop. It goes without saying that I am a big fan of Leo Tolstoy’s creative works and I am very happy that this tournament has been organised. I have not been aware that Tolstoy was a chess fan, but my taking part in the sightseeing tour filled this gap. I hope this event will become traditional.” 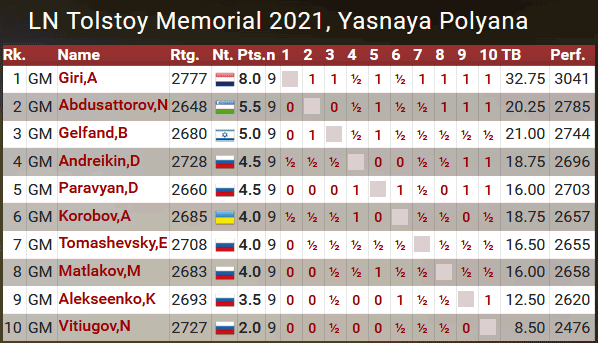 An extensive additional program accompanied the Leo Tolstoy Cup: a 100-board simul with the GMs participating in the tournament, a mass blitz tournament for children, a lecture and a quiz by the curator of the CFR Chess Museum and candidate of historical sciences Dmitry Oleikniov. The Cultural Centre Yasnaya Polyana that hosted the tournament displayed themed posters and unique chess sets Staunton and Regence. 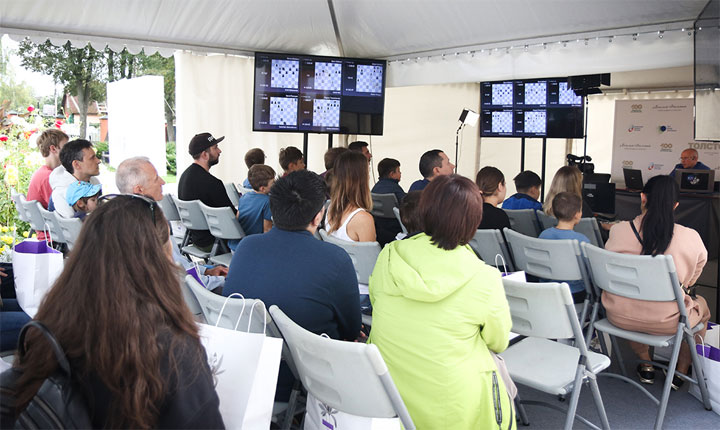 The games were commented in Russian by GM Sergey Shipov (you could listen to him in the tent set up in front of the Palace of Culture), and in English by GM Evgenij Miroshnichenko.

The tournament was hosted by the Leo Tolstoy Museum-Estate Yasnaya Polyana and the Chess Federation of Russia with the support of the Elena and Gennady Timchenko Foundation.

Replay and download all games from the Tolstoy Memorial

All  pictures by Eteri Kublashvili

Daniel King’s Power Play Show: Who will rid me of this turbulent priest?

Lawrence’s statement about Beth and Nona, Korchnoi and Karpov, the “karp”

Thousands of mail ballots still to be counted, including in one tight race in B.C. | Globalnews.ca

Who are the Canadians detained after Ms. Meng’s arrest?