Versatility has always been the name of the game for composer Amit Trivedi, who has brought musical styles from around the world to his work over the past decade, and is now looking towards Indian folk for inspiration.

“We borrow so much from the musical styles of the West — hip hop and rap is especially popular right now, I have done that too, of course, for my films,” Amit has no qualms admitting, “But the folk power of our country is sitting unused. I thought let us explore our own music for a change.”

Under his independent music label AT Azaad, the composer stars in a new show, Skoda Sonic Roots, for which he has travelled across the country connecting with talented voices from Gujarat, Rajasthan, West Bengal, Maharashtra and Tamil Nadu. At each place he goes to, Amit immerses himself in the local traditions and stories, and at the end, shoots a music video, which will be available on YouTube.

After observing the Indian mooch (moustache) tradition in Jodhpur, he pays homage to Bengal’s Baul legacy, and moves to celebrating Maharashtrian pride rooted in the Bhagwa style of music. During the Chennai leg of his tour he meets Anthony Daasan to compose a love song titled ‘Meenaatchi’. But the song he starts out with — ‘Tedo Tedo’, is a Gujarati wedding song, and its video, an explosion of colour.

“I personally enjoy folk music, my ears are kind of attuned to it because I am quite attached to this genre and it comes naturally to me,” says Amit.

“As a Gujarati, I have grown up listening to garba, dayro lok geet… That is what my mom would sing around the house, and my dad would play Hemant Chauhan (folk and bhajan singer from Rajkot).” 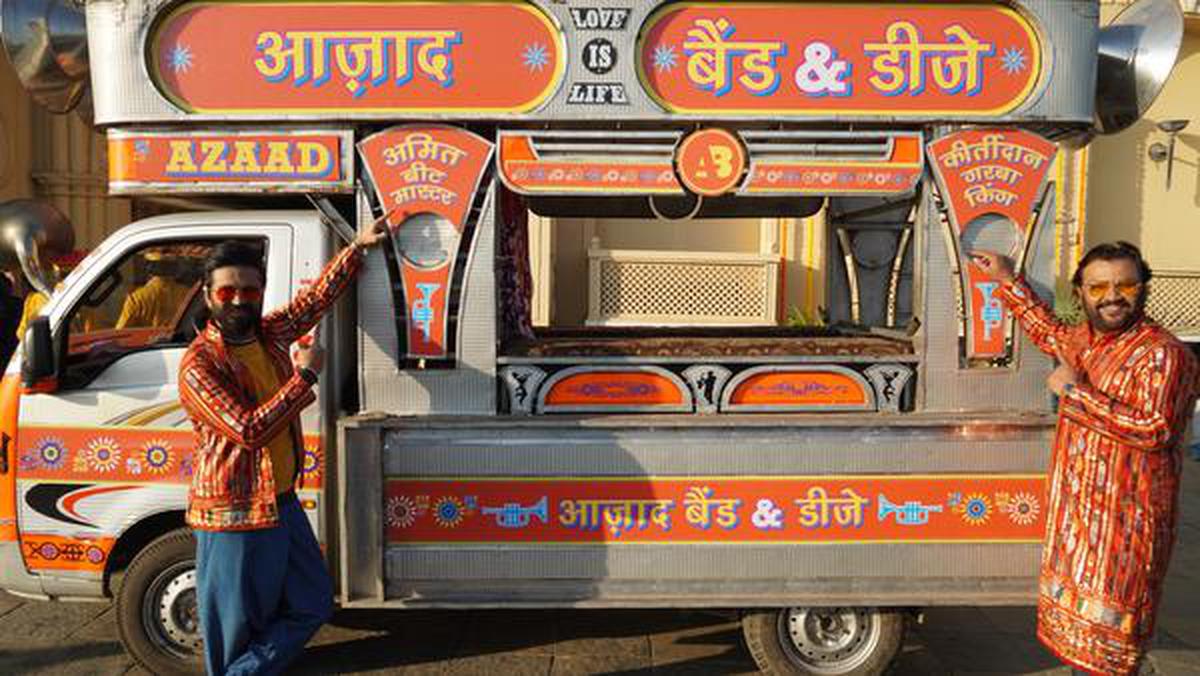 Shortly before the pandemic hit, in 2020, Amit Trivedi had been touring with his Indradhanush concert, exploring seven different emotions through music. Back then, he had emphasised that a deep dive into indie music would be his next project. His label, AT Azaad, which he launched soon after that, is an exercise in the same.

Over the past year, Amit has been collaborating with indie musicians to bring out ‘songs of love’, ‘songs of faith’, ‘songs of dance’ and now ‘songs of the soil’. “I am hoping we get to bring out a season 2 where we can showcase music from the North and Northeast,” says Amit.

The songs composed for the show were on one hand, rooted in folk patterns, but also have Amit’s signature sound.

“You need to have an understanding of that genre of course, study the beat patterns, the instrumentation that goes with it. I wanted to be authentic to the style and then experiment in and around that to add my touch,” he says, adding, “I’m mainly there to have fun, whatever be the style.”