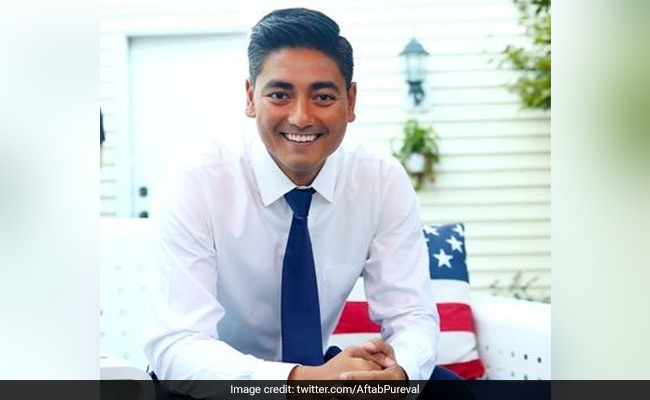 Aftab Pureval, an Indian-Tibetan, has been elected as the Mayor of Cincinnati city in US’ Ohio, making him the first member of the community to be elected to the position.

Aftab Pureval, 38, a son of a refugee Tibetan mother and an Indian father, defeated his rival David Mann to win the Mayoral election.

“Words can’t express how honoured and excited I am to be the next Mayor of Cincinnati. Tonight, we made history! Let’s get to work!” Mr Pureval, who unsuccessfully ran for the US House of Representatives last year, said this after his impressive electoral victory.

Aftab Karma Singh Pureval is the first Tibetan-American and the first Asian-American Pacific Islanders (AAPI) mayor in the city’s history.

Mr Pureval, a Democrat, had formerly served as the Hamilton County clerk of courts.

In March of this year, AAPI Victory Fund had endorsed Aftab Pureval as “a necessary progressive voice that has been able to achieve success with Democrats and Republicans alike” in its slate of mayoral candidates.

“This is a triumph for not only Aftab Pureval but also for the AAPI community nationwide. Aftab Pureval’s victory is a major step forward for AAPI’s political representation. It is more important than ever to elect diverse leadership across local, state and federal governments, and Aftab Pureval will bring his unique experience to lead Cincinnati toward a more equitable, inclusive, and just city,” Mr Narasimhan said.

In a previous interview, Mr Pureval had told news agency PTI that his story is improbably American.

“I’m the son of a refugee. My mom was born in Tibet and she was forced to flee her home country along with my grandparents,” he said.

“My grandparents and my mother picked up and made their way through the Himalayas through Nepal and into India where she grew up as a refugee,” he said.

His mother studied in a Mysore school and went to Delhi for college, where she met her Punjabi husband.

“My (paternal) grandfather was in the Indian military (Brigadier Ajit Singh),” he said.

After their marriage, Aftab Pureval’s parents moved to the US and settled in Ohio where he was born in 1982. He has travelled to Tibet once as a child but has been a frequent visitor to India, especially to Delhi to meet his grandparents, who passed away recently.

Diversity of experience helped me to be an effective diplomat, says USIBC chief Nisha Biswal – Times of India