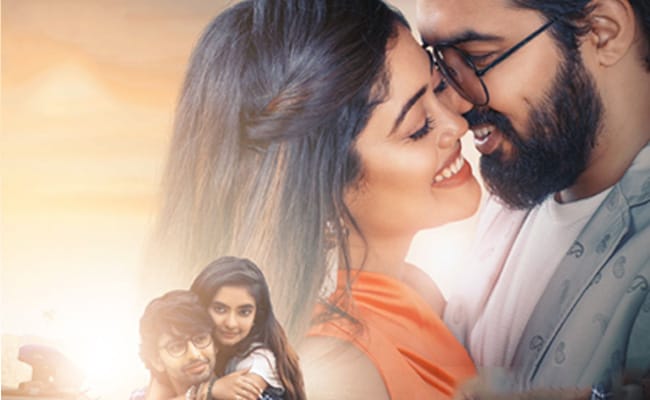 Bhushan Kumar’s label, T-Series is known to release songs that not only entertain the audiences but also strike a chord in the form of emotions, picturisation and cinematography, and the soulful tunes. Therefore, nothing but the best is expected from them and when a song like Chura Liya comes your way that amalgamates 4 of the today’s leading internet sensations, you know that you are in for a musical treat.

Sachet and Parampara are today India’s leading composer-singer duo who are famed for their iconic reels on Instagram and have been trending for over a year now. They are known to create the most passionate and eloquent songs that are loved by fans across the globe. Sachet and Parampara have made a mark as singers as well as composers in their own right. With super hit albums with millions of views to their credit, such as Kabir Singh, Tanhaji and songs like Pal Pal Dil K Paas which have struck a cord with billions of fans, the two are the epitome of talent, grit, ambition and hard work. The effort they put to into their songs shows not only via their trending reels but also in every song that they compose and sing.

Sachet Tandon says “Chura Liya is a beautiful song with some soul stirring lyrics and tunes. It is always an honour to be a part of any T-Series project and the same goes for this song. The video has come out very well too and the young talents Anushka and Himansh have done full justice to the emotions of this track. I am excited to see what the audiences think of this exciting collaboration.”

Parampara Tandon adds “working with a label as prestigious as T-Series is like homecoming for us. They have always and will continue to be our safe haven not only for creation but also for ideation and vocals. This time, we have young talents like Anushka and Himansh who are surely the ones to watch out for. The hard work and ambition that they come with showcases in their work ethic too and I was left impressed with the way they have conducted themselves, be it on social media or in person too. Chura Liya is a culmination of all 4 of us coming together under the family umbrella of T series and I am so happy to lend my voice for the same.”

They will now be seen joining hands with one of the country’s most sought after influencers on Instagram, Anushka Sen whose handle boasts of 25 million plus followers as well as popular actor and youth icon, Himansh Kohli who has also become a social media sensation in his own right. The song Chura Liya is the perfect combination of magical tunes sung by Sachet and Parampara combined with young talents like Anushka and Himansh emoting the same.

Anushka Sen says ” Just to be able to feature in a song that is by one of the biggest labels in the world T-Series, that too wherein the voices are lent by Sachet and Parampara, a couple who I not only follow but am such a huge fan of their music and alongside an actor as amazing as Himansh, Chura Liya is a dream come true for me!”

Himansh Kohli adds “T-Series is a pioneer of doing things with elan using a mix of amazing singers, magnificent visualisation and awesome stories. Chura Liya hence becomes more significant as it marks the union of remarkable talents who have created their niche in the vast web world.”

He added, “Anushka is young and dynamic, extremely talented and driven.

While the vocals by Sachet and Parampara, who are already an Internet sensation, are truly mesmerising. I am eagerly waiting to receive the love and feedback of the global audience for the audio and visuals of the song that we had super fun creating.”

This marks the very first time that Bhushan Kumar’s T-Series will have 4 internet stars for one song and we surely cannot wait for it!