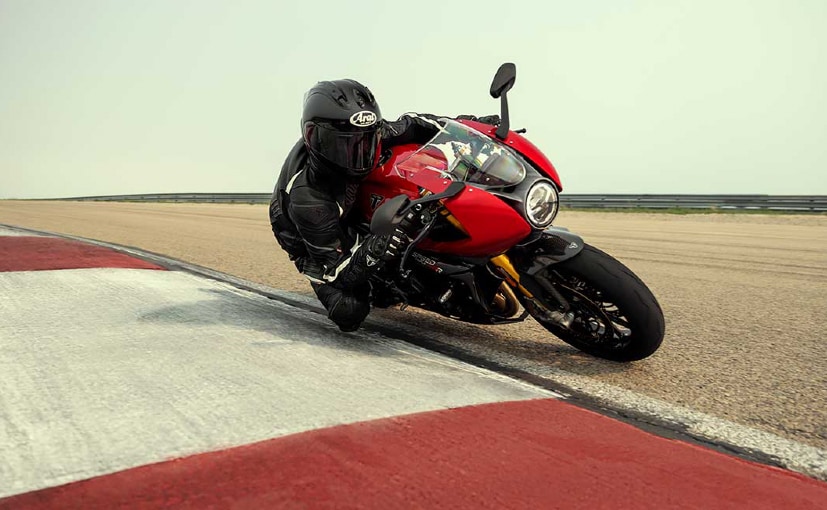 The Speed Triple 1200 RR shaes the 1160 cc engine with the 1200 RS, but gets sportier ergonomics, semi-active suspension, and is more track-focussed than the naked ₹

The most obvious and noticeable change is the single round headlight, which replaces the twin headlamps of the Speed Triple 1200 ₹ Also added are the clip-on handlebars, and the footpegs have been moved backwards to offer a sportier and more forward-leaning riding position, suitable for the track. On the RR, Triumph has also upgraded the suspension, with an Ohlins Smart EC 2.0 electronically-adjustable semi-active system. Both the front and rear suspension are fully adjustable, and the semi-active system continuously adjusts compression and rebound damping to match riding style, speed and acceleration. 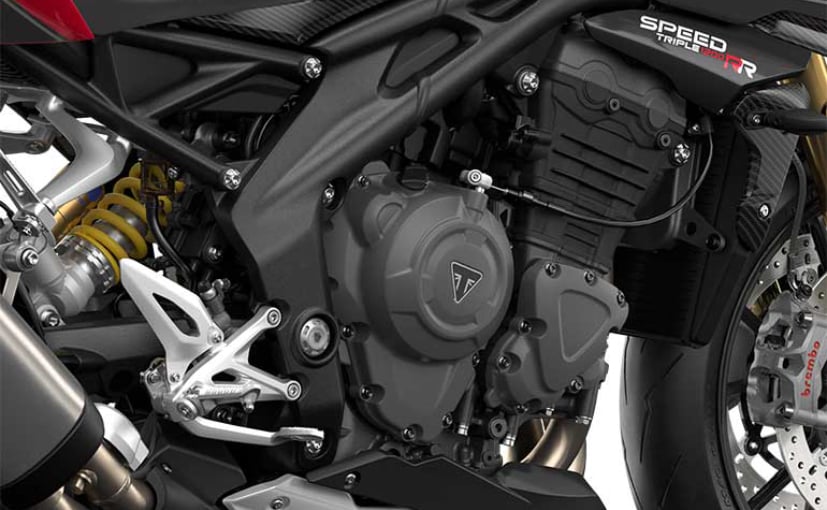 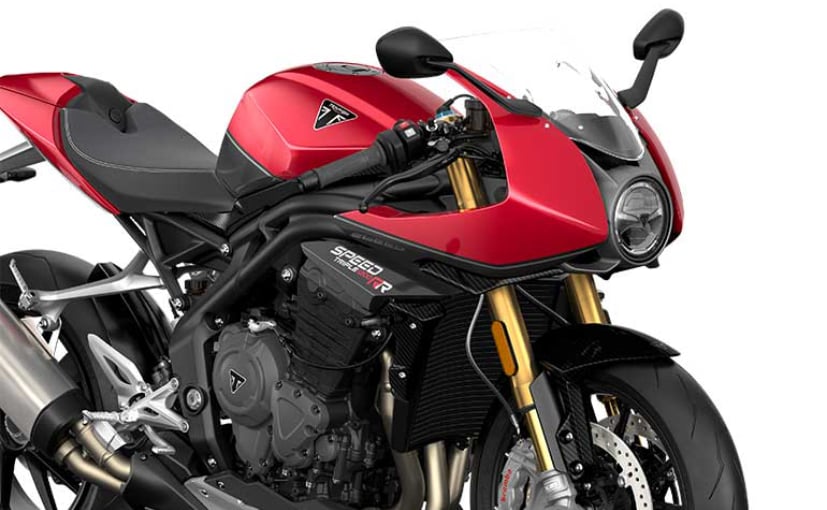 The most noticeable change is the round headlight, with the cafe racer-type half-fairing, along with the clip-on handlebars.

The 1160 cc, triple engine makes 178 bhp at 10,750 rpm and 125 Nm of peak torque at 9,250 rpm. The exhaust system is similar, but with a brushed stainless steel silencer and black end cap.The engine is paired with a stacked six-speed transmission and a slip-and-assist clutch. A quick shifter derived from Triumph’s involvement in the Moto2 championship comes standard. On upshifts, the Triumph Shift Assist adjusts ignition, fuel and throttle angle to relieve pressure on the gears. For downshifts, the system controls throttle blips for smoother gear changes.

The Speed Triple 1200 RR comes with five riding modes, an IMU which powers the cornering ABS, switcable cornering traction control, advanced front wheel lift control, and fully adjustable cruise control. The bike gets a 5-inch full-colour TFT instrument console, illuminated switch cubes and keyless system. The 2022 Triumph Speed Triple 1200 RR has been priced at GBP 17,950 and will go on sale from January 2022 in Europe. So far, there’s no confirmation if the Speed Triple RR will be launched in India.

Toyota to increase prices across models from October 1: Here’s why