The 2021 Formula One season was originally supposed to see a major overhaul of the sport’s regulations aimed at reducing the gap between the teams as well as allowing closer on-track racing. But with the coronavirus pandemic throwing a spanner in the works, F1 will instead be governed by financial regulations for the first time in its history. Set at $145 million, the budget cap is for a provisional calendar of 21 races, with an extra $1 million for every additional race. Violations of the cap — which does not include a team’s marketing budget and the salaries of its drivers and top three executives — can draw a range of punishments, from race bans to being docked points and even disqualification from the championship.

With major technical changes relegated to the 2022 season, the FIA — motorsports’ world ruling body — has limited the number of components that can be modified for 2021, including parts of the floor and rear wing to reduce the downforce the cars can generate. An exception has been made for McLaren, which has been permitted to modify its car to fit the incoming Mercedes engines in place of the outgoing Renault ones.

On the technical front, one major change is that Mercedes’ dual-axis steering system — which allows the driver to optimise the car’s mechanical grip by adjusting the toe of the front wheels by pulling or pushing on the steering wheel — has been banned for 2021 after being allowed for the previous season. That said, the seven-time reigning constructors’ champion is all set to continue its domination of the sport, with seven-time world drivers’ champion Lewis Hamilton leading the charge alongside Valtteri Bottas.

READ |
2021 Looking Ahead: Preparations for Olympics back on track

Hamilton set a flurry of records in 2020, the most notable being his equalling of Michael Schumacher’s seven world titles and his overtaking of the German’s tally of 91 race wins (Hamilton ended the season with 95), and the forthcoming season provides the 36-year-old Brit a chance to become the first racer to take 100 pole positions (he’s on 98 currently) and race victories each.

Mercedes dominated 2020 with 15 pole positions and 13 wins from 17 races, and what is pretty much a technical freeze on the F1 cars for this year augurs well for the Brackley-based team. However, Red Bull Racing will head into the new season after springing a surprise at the final outing of 2020, the Abu Dhabi Grand Prix, a race where Mercedes previously held a 100 percent pole and win record. Max Verstappen, now 23 and the best of the rest after the two Mercedes drivers for the past two seasons, will hope his car’s performance at Yas Marina is a harbinger of the year ahead.

Red Bull Racing’s Max Verstappen, now 23 and the best of the rest after the two Mercedes drivers for the past two seasons, will hope his car’s performance at Yas Marina is a harbinger of the year ahead.   –  Getty Images

Red Bull will have its most experienced driver lineup in three years as Sergio Perez joins from Racing Point (which has been renamed Aston Martin after the team’s part owner Lawrence Stroll invested in the British luxury sports car brand). Perez took his first victory in his 190th start in F1 at the Sakhir Grand Prix in December, and the Mexican is the first driver since Mark Webber in 2007 to join the team without having previously been a Red Bull junior team member.

Perez’s signing with Red Bull completes the musical chairs over race seats that began with the announcement before the start of the coronavirus-delayed 2020 season that four-time world champion Sebastian Vettel will be leaving Ferrari at the end of the year. Vettel moves to Aston Martin, with his Ferrari seat going to Carlos Sainz Jr, who moves from McLaren, that seat in turn being taken by Daniel Ricciardo. The Australian spent two seasons with Renault, which has been renamed Alpine and signed 2005-06 champion Fernando Alonso, who returns to F1 at the age of 39 after a gap of two years.

But Alonso is not the only legendary name that will return to the grid in 2021.

Mick Schumacher, the son of seven-time champion Michael, will race for Haas this season. The 21-year-old German has more than just an impressive surname, having won the 2018 European F3 title and the 2020 F2 championship, the feeder series for F1 that was previously won by Ferrari’s Charles Leclerc and George Russell of Williams.

McLaren, Racing Point/Aston Martin and Renault/Alpine showed a considerable uptick in performance in 2020, duelling for third place in the constructors’ championship throughout the season. That, combined with the fact that each of the three teams is getting a new but vastly experienced driver, should make for some exciting battles to fill out the podium spots this year. Renault’s Spanish driver Fernando Alonso sits on the wheel of his R25 car ahead of his demonstration laps prior to the Abu Dhabi Formula One Grand Prix in the Yas Marina racetrack in December. The 2005-06 champion returns to F1 at the age of 39 after a gap of two years.   –  AP

McLaren is resuming its partnership with engine supplier Mercedes that resulted in three drivers’ and one constructors’ title between 1995 and 2014. The 21-year-old Lando Norris took his first F1 podium at the 2020 season opener in Austria and will race alongside Ricciardo, who placed third in the championship for Red Bull in 2014 and 2016. Ricciardo went seeking green pastures after parting ways with the Milton Keynes team in 2018, joining Renault and then finishing fifth in the title race last season, but the Australian’s search for championship-winning machinery saw him sign up for McLaren for 2021.

While 2020 was a huge improvement for Racing Point/Aston Martin, questions linger over its choice of drivers for this season. Lance Stroll, the son of the team’s part owner Lawrence, was comprehensively outperformed by his teammate Perez, placing 11th to the latter’s fourth in the standings. The decision to replace the Mexican — who had earlier signed a contract with the team till 2022 — with Vettel is a gamble: The German looks nothing like the racer who won four world titles on the trot and is, in essence, attempting to regain his mojo.

Renault, with Alonso at the helm, could throw up a surprise in the midfield. Ricciardo showed the car’s potential last season, but Alonso is an entirely different animal. The former youngest-ever world champion finished runner-up to Vettel in 2010, ’12 and ’13 — the latter two times in a car that had no business making it to the podium, let alone challenging for the championship. In addition to being the best overtaker of his generation, Alonso has the incredible ability to draw more speed from his car than nearly any teammate he’s had. In fact, in 17 seasons of Formula One, he’s only been beaten by a teammate once — by Jenson Button in 2015 while racing for McLaren. (Neither Alonso nor his teammates scored any points in his debut season with Minardi in 2001, while Hamilton placed above him on podium countback after the two finished level on points and race wins in 2007.)

Formula One has been getting younger, but there’s incredible talent at the other end of the age spectrum, too.

At the turn of the millennium, drivers like Alonso, Button and Kimi Raikkonen debuted in F1 and consequently set a number of youngest-ever records. In 2005, Alonso broke Emerson Fittipaldi’s record for youngest world champion that had stood for 33 years. Subsequently, Hamilton took the record in 2008, and Vettel in 2010. At the beginning of the last decade, Vettel continued his record-setting ways, while other youngsters such as Kevin Magnussen, Sebastien Buemi, Jaime Alguersuari and Daniil Kvyat briefly made a mark. Mick Schumacher, the son of seven-time champion Michael, will race for Haas this season. The 21-year-old German has more than just an impressive surname, having won the 2018 European F3 title and the 2020 F2 championship, the feeder series for F1 that was previously won by Ferrari’s Charles Leclerc and George Russell of Williams.   –  Getty Images

Max Verstappen was all of 17 years, 166 days at the 2015 season opener in Australia, while the subsequent years have seen Charles Leclerc (racing for Ferrari in 2021), Pierre Gasly (AlphaTauri), Lando Norris (McLaren), Lance Stroll (Aston Martin), Esteban Ocon (Renault) and George Russell (Williams) joining the grid, with two more 21-year-olds in Schumacher and Nikita Mazepin set to race for Haas this year.

ALSO READ |
2021 Looking Ahead: Football is back, but concerns remain

Meanwhile, Raikkonen is now the most experienced F1 driver ever and begins a new season at age 41, while Alonso will turn 40 midway through 2021 and is expected to, at the very least, trouble the two frontrunning teams.

Calendar to be confirmed

In Covid Year Two, Formula One is looking to deliver its longest-ever calendar with 23 races. But, as the season progresses, expect the minutiae to change in response to the pandemic. The Vietnam and Dutch GPs were added to calendar for 2020, but were dropped because of the pandemic. Vietnam’s entry has been postponed again, while Zandvoort will host an F1 race in the Netherlands for the first time since 1985.

The Australian Grand Prix — traditionally the first race of the season since 1996, when it was moved from the end of the calendar to the beginning — has been moved to November from its original March 21 date, while the race in China could be dropped for another season. 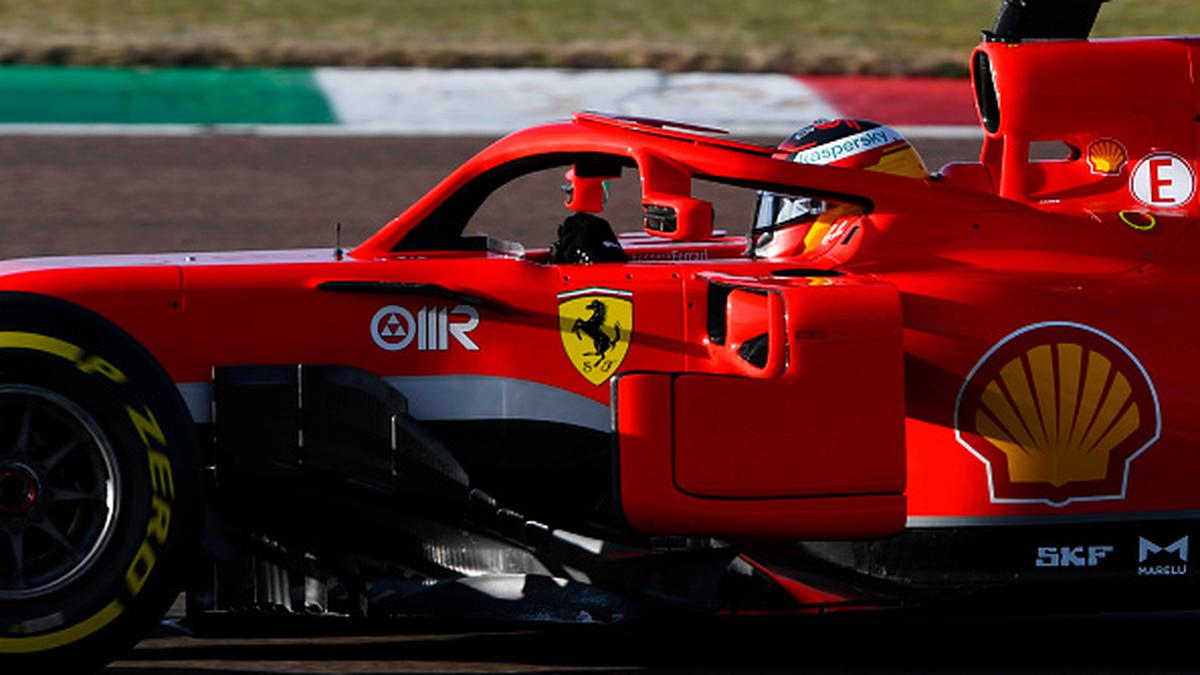 Cavallini obliges in the main event 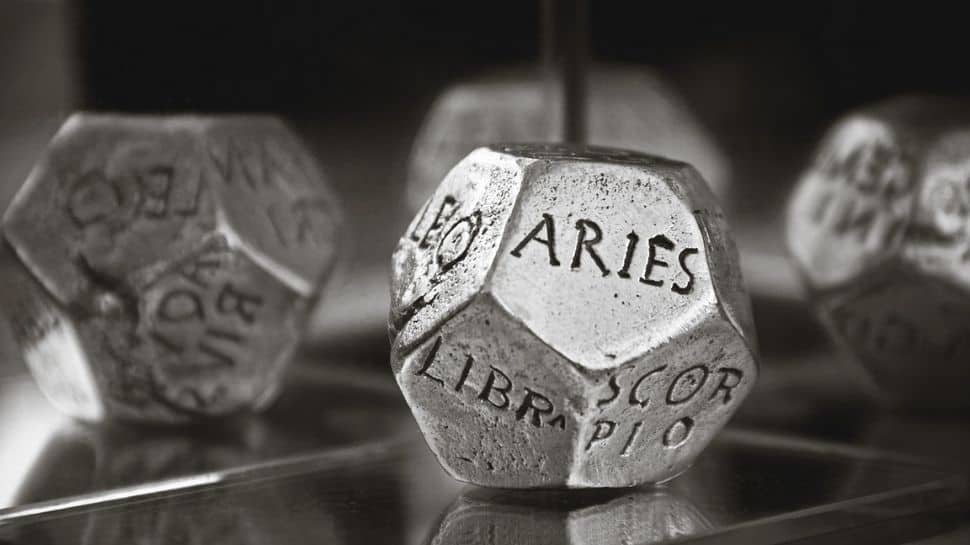