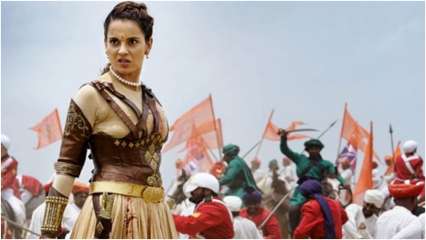 Actor Kangana Ranaut took to her Twitter account on Monday to celebrate 2 years of her film ‘Manikarnika: The Queen of Jhansi’. The film not only starred the actress but was also co-directed by her. In a tweet, Kangana commemorated all the things that the film achieved at the box office. She also shared two photos, one of her in a wheelchair with a cast on her foot and the other of the cut on her forehead caused by an accident during sword fight practice.

Check it out here.

For the uninformed, ‘Manikarnika: The Queen of Jhansi’ traced the journey of the heroic Rani Laxmibai, who fought against the British during India’s first war of independence in 1857. Though Rani Laxmibai died during the battle, she inspired the anti-colonial struggle and became one of the most important figures of the Indian freedom movement.

Earlier in January, Kangana had also announced a standalone sequel to the film titled ‘Manikarnika Returns: The Legend of Didda’. The historical drama will chronicle the life of Didda, the warrior queen of Kashmir, who prevented Mahmud of Ghazni’s attempts to invade Kashmir twice.

Kangana announced the same on her verified Twitter account @KanganaTeam in Hindi. She wrote, “India has been witness to the story of many bravehearts such as Rani of Jhansi. Another such untold heroic story is that of queen of Kashmir, who defeated Mahmud Ghaznavi not once but twice. @KamalJain_TheKJ and me are coming up with #ManikarnikaReturns : The Legend of Didda).”

“Full Moon With The Love Of My Life”: Inside Mira Rajput’s Date Night With Shahid Kapoor In Maldives

Djokovic will need to be vaccinated to play Australian Open: Minister